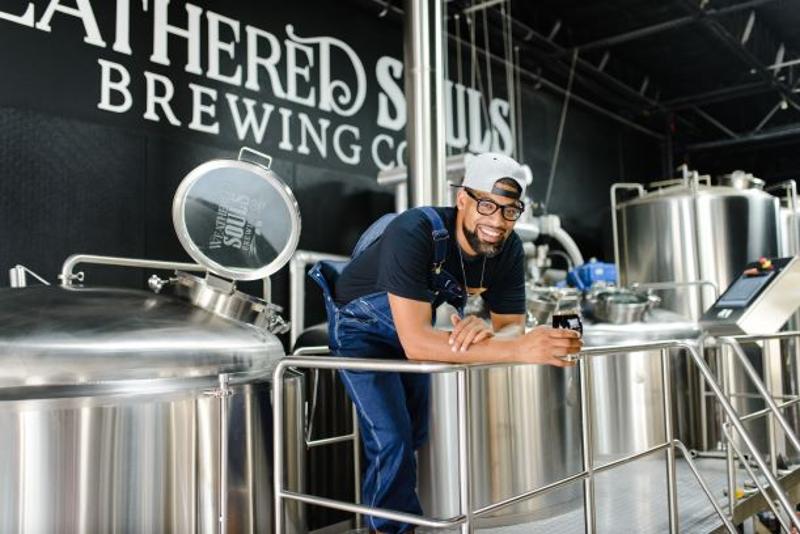 Walmart is highlighting its commitment to bolstering supplier diversity with the announcement that San Antonio-based Weathered Souls Brewing Co.'s Black Is Beautiful stout will be available at 300 Walmart stores nationwide this February and March.

The 10% ABV stout, which uses flaked oats and dark chocolate and black malts, is meant to showcase different shades of black, Weathered Souls' website notes. Beyond its limited-time availability nationwide, Black Is Beautiful will be available in 55 Walmart stores in Texas year-round, according to the retailer.

Weathered Souls came to the attention of Walmart craft beer merchant Adrienne Freeman via an Instagram post listing Black-owned companies. As Freeman researched the brewery, she became increasingly convinced that Weathered Souls would be a good addition to Walmart's supplier roster, according to a Walmart blog post.

The brewery's co-founder and head brewer, Marcus Baskerville, came up with the idea and recipe for Black Is Beautiful stout last May to increase awareness of racial injustices. Last summer, Weathered Souls published its Black Is Beautiful recipe so that other brewers could produce the stout, so long as a portion of their proceeds support social-justice initiatives in their communities. Weathered Souls is donating a portion of its proceeds from Black Is Beautiful sales to the Know Your Rights Camp, founded in 2016 in Oakland, Calif., by Colin Kaepernick.

Fewer than 70 Black-owned breweries operate in the United States, Baskerville noted in Walmart's post. According to the Brewers Association, a U.S. trade group for craft brewers, as of 2019, 89% of craft brewers in the country were white.

Until now, Black Is Beautiful has been available primarily in bars and taprooms, Walmart noted. Bringing the product to scale for sale at Walmart meant collaborating with a network of other craft brewers to aid in producing the stout. Freeman and Weathered Souls coordinated with eight other brewers from Nevada to North Carolina—3 Sons Brewing, Catawba Brewing, Core Brewing, Monday Night Brewing, Palmetto Brewing, Revision Brewing, Solemn Oath Brewery and Southern Prohibition Brewing—to produce Black iI Beautiful for distribution at Walmart.

Walmart noted that it has added 200 brewers to its portfolio in the past two years and plans to add 100 more starting in April.