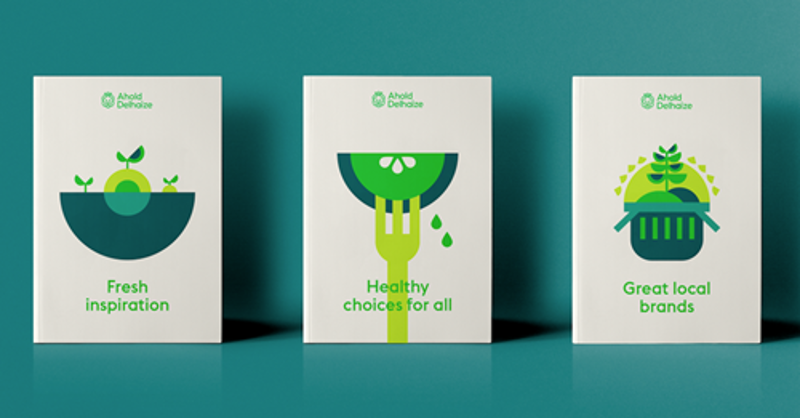 Ahold Delhaize has received a design award for visual identity, including its logo, colors, typeface and tone of voice. Along with FutureBrand, Ahold Delhaize finished second in the "best corporate rebrand following a merger or an acquisition" category at the eighth annual Transform Awards Europe on March 29 in London.

Honoring excellence in branding from agencies and businesses across Europe, the awards were chosen by a panel of judges based on flair, creativity and concise branding strategies. "Each brand … has demonstrated outstanding creative ability and strategic thought while working closely and collaborating with their agencies," said Andrew Thomas, publishing editor of Transform magazine, the event sponsor.

Charles Davis, SVP of Global Communications for Ahold Delhaize, notes that development of a strong visual identity was vital in setting Ahold Delhaize apart in a crowded industry marketplace.

"Our brand identity is how we bring Ahold Delhaize consistently and uniquely to life for all our internal and external stakeholders," Charlie said. "This award acknowledges the terrific work by the Brand team and FutureBrand, which were under tremendous pressure to create a compelling design as Ahold and Delhaize Group came together to form a great new company. We congratulate everyone who was involved."