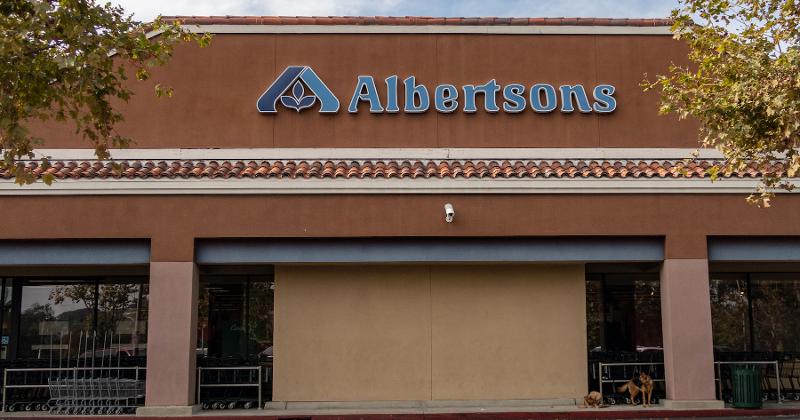 The Albertsons dividend payment had been held up since Nov. 7 amid legal wrangling. / Photo: Shutterstock

On Friday, the saga of the Albertsons dividend will be over.

Nearly 11 weeks later than scheduled, Albertsons Cos. plans to pay out an approximately $4 billion special dividend to shareholders that was announced with its $24.6 billion merger deal with The Kroger Co.

Boise, Idaho-based Albertsons said Thursday that the dividend will be paid on Jan. 20 to stockholders of record as of the close of business on Oct. 24, 2022. When the Kroger-Albertsons merger was unveiled in mid-October, Albertsons said it planned to make the special dividend payment on Nov. 7.

Albertsons’ special dividend payment had been suspended under a temporary restraining order (TRO) attained Nov. 3 by Washington Attorney General Bob Ferguson. The state contended that the $4 billion payment, if made, would hamper Albertsons’ ability to operate and compete and could negatively impact consumers and workers. The AG’s office also claimed the payment was anticompetitive because it was tied to a merger deal. Albertsons and Kroger, however, had said the dividend isn’t part of the merger transaction.

In early January, the State of Washington Supreme Court granted Albertsons an expedited review of the TRO, moving up the planned hearing to Tuesday, from Feb. 9. On Tuesday, the court cleared the way for the dividend to proceed after rejecting the Washington AG’s request to appeal a lower court’s denial of his motion to block the payment.

In the Kroger-Albertsons merger announcement, Albertsons reported that it would pay its shareholders a special cash dividend of about $6.85 per share, up to $4 billion. The actual total of the dividend stands at over $3.92 billion.

Albertsons and Kroger expect the merger to close in early 2024, pending regulatory approval and other closing conditions. Industry observers, though, have said an antitrust review of such a large transaction likely will take much longer, up to two years.

Last week, Albertsons showed that it’s preparing for the post-merger period. A fiscal 2022 third-quarter 10-Q filing with the Securities and Exchange Commission said that, on Dec. 18, Albertsons approved a program of up to $100 million—“covering certain executive officers and employees of the company”—to promote retention and incentivize efforts to finalize the merger transaction and foster an efficient integration. Eligible executives and employees would receive half of the award at the merger’s close and the other half six months later. If the merger deal falls through, they would be paid 50% of the award on Oct. 13, 2024, and the other 50% on Oct. 13, 2025, the SEC filing said.