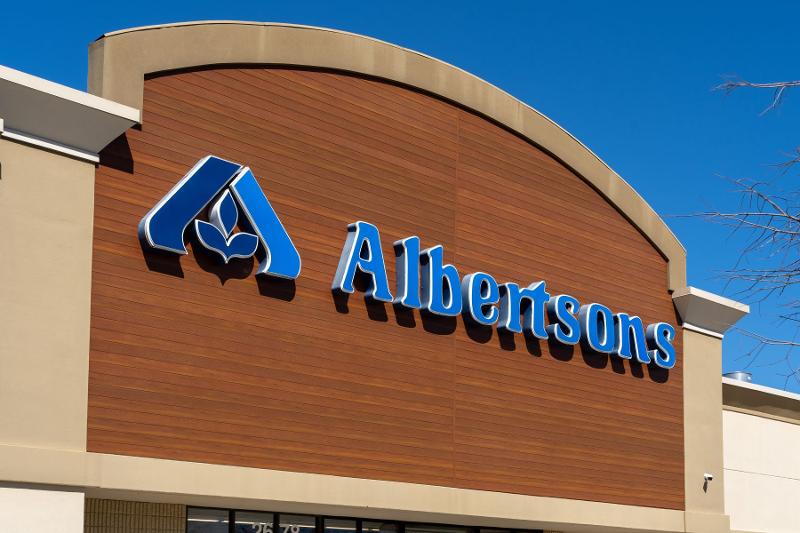 Albertsons saw a jump in digital sales during the second quarter. / Photo: Shutterstock

Albertsons’ second quarter earnings, released early Thursday, provide a clearer picture of the company Kroger stands to acquire if the proposed $24.6 billion merger of the two grocers proceeds. Albertsons reported a big jump in digital sales for the period ended Sept. 10, while its margins continue to struggle.

The Boise-based retailer’s digital sales climbed 36% during the period, up from a 28% increase last quarter. And same-store sales grew 7.4%, compared to last quarter’s 6.8% increase.

Albertsons cancelled its scheduled call with analysts Tuesday due to the pending merger. It also declined to provide an earnings forecast for the remainder of the year.

“Throughout the quarter, we continued to invest in our digital transformation, our differentiation in fresh and the modernization of our capabilities,” CEO Vivek Sankaran said in a statement. “As we look ahead to the balance of the year, we believe we are well-positioned to further accelerate in each of these areas …”

The grocer, though, continues to take a hit on its margins. For the second quarter, Albertsons gross margin rate declined to 27.9%, compared to 28.6% a year ago. Albertsons blamed the decrease on higher product and supply chain costs, increases in picking and delivery costs because of growth in digital orders, and fewer COVID-19 vaccines given out during the period. “Ongoing productivity initiatives” partially offset the margin decrease, the company said.

Albertsons operated 2,272 grocery stores at the end of the quarter, along with 1,722 pharmacies, 402 fuel centers, 22 distribution centers and 19 manufacturing facilities.

The company has stores in 34 states and Washington, D.C., with 24 banners including Albertsons, Safeway, Vons, Jewel-Osco, Shaw’s, Acme, Tom Thumb and more.

During the quarter, Albertsons reported net sales of $17.9 billion, up from $16.5 billion a year ago. The increase was driven by higher in-store prices as well as higher fuel prices, the company said.

“With ongoing productivity to support our investments and to cushion inflationary and consumer headwinds, we will continue to prioritize our investments in deepening our relationships with our customers and communities,” Sankaran said.

On Friday, Cincinnati-based Kroger announced it had entered into an agreement to purchase Albertsons, potentially creating a mega-grocer that would come closer to competing with grocery goliath Walmart.

The deal, which could potentially face a federal antitrust battle, is expected to close in early 2024, the companies said.

If approved, Kroger CEO and Chairman Rodney McMullen will helm the combined company.

It remains unclear how Kroger will proceed in parts of the country in which it operates stores that compete with Albertsons locations. The retailer has said it is prepared to establish a subsidiary called SpinCo that would operate as a standalone public company, controlling between 100 and 375 supermarkets that have been divested by the newly merged company.