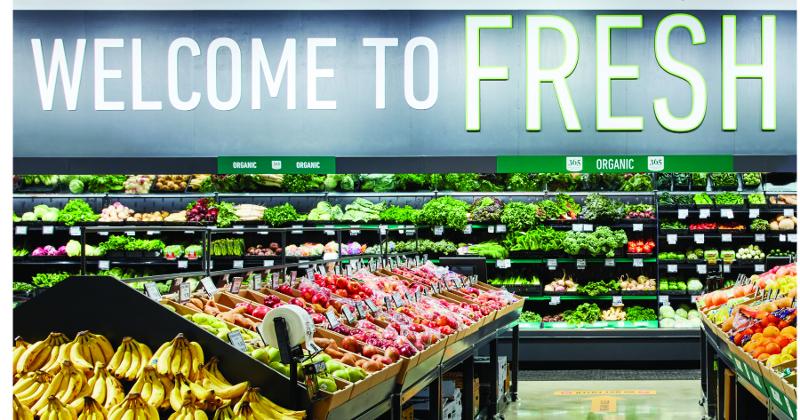 Amazon Fresh may be slowing down store openings in the U.K., but in the U.S., Amazon Fresh stores are continuing to grow.

The Amazon Fresh grocery chain opened its first brick-and-mortar store in 2020, and since then has continued to expand across the country in Washington, Washington, D.C., California, Illinois, New Jersey, New York, Pennsylvania, Virginia and Maryland. Amazon Fresh now has more than 40 stores in the U.S.

In the U.K., where there are about 19 locations, it has been reported that the company has “walked away from talks on dozens of sites” for new stores, and has “called off the search for more locations,” according to London-based The Sunday Times. The only Amazon Fresh openings will be at sites where the company has lease commitments, the newspaper reported last month.

Chevy Chase’s new Amazon Fresh store will feature local brands such as Rise Up Coffee, Gunter’s Honey and milk from Dairy Maid Dairy; as well as 365 by Whole Foods Market organics, and Amazon-exclusive brands like Aplenty and Fresh (including Fresh plant-based products).