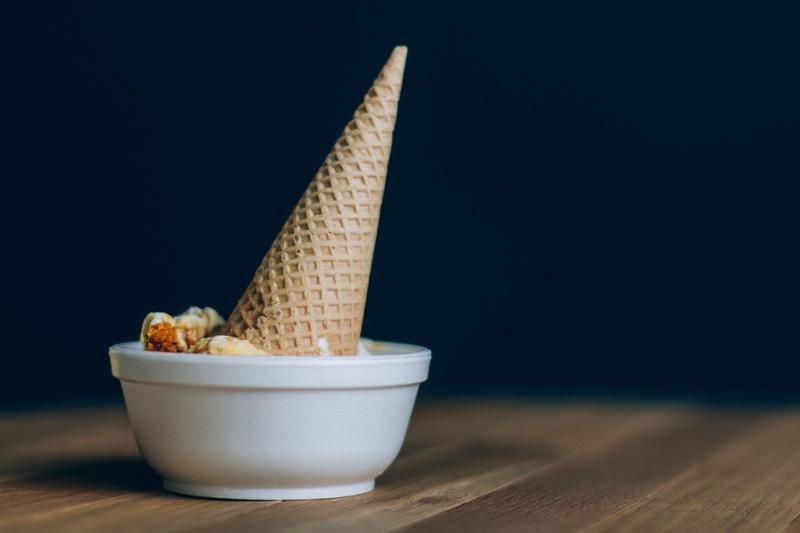 As ice cream and frozen novelty consumption remains near-universal among Americans, a less-is-more mindset is prevailing: new research from Mintel reveals that while nine in 10 (92 percent) consumers have purchased frozen treats in the past six months, one quarter (22 percent) are buying less. What’s more, while just 11 percent of consumers considered portion control as a purchase factor in 2013, today, one third (32 percent) report that they purchase single-serving frozen treat packages.

In addition to the perceived enhanced taste of premium frozen treats, one in seven (14 percent) consumers view them as healthier, making premium options an appealing choice for the 19 percent of consumers who say that health factors into their frozen treat purchase decision. And with snacking now fully ingrained in American eating habits, Mintel research reveals that ice cream as a snack is just as popular as ice cream after a meal with nearly half (49 percent) of consumers eating frozen treats as a snack, while 55 percent eat them for dessert.

“While little opportunity exists to acquire new customers in the universally penetrated frozen treat market, interest in premium and healthy options gives brands the opportunity to offer products that communicate health and wholeness, while also encouraging moderation, which can aid in increasing trials through smaller sizes,” says Beth Bloom, senior food and drink analyst at Mintel. “Putting a heavy focus on quality, taste and health will resonate with consumers, and emphasizing single-serving packs and messaging around the variety of products should appeal to Americans’ preference for snacking.”

Appealing to changing consumer taste preferences, variety is the name of the ice cream game as more than one quarter (27 percent) of consumers have purchased a variety pack in the past six months. However, despite the desire to experience various flavors, consumers primarily buy products that feature a single flavor (53 percent). Adding to the appeal of single-serving and variety packs, more than one quarter (27 percent) of consumers typically have more than one type of frozen treat/flavor in their freezer at one time.

While a single ice cream flavor is a more likely purchase type, a growing number of consumers are intrigued by flavors with mix-ins (eg nuts, cake bits). In fact, in 2013 Mintel research found that one quarter (24 percent) of consumers agreed “fun ingredients mixed in” was an important factor when buying frozen treats, while 41 percent are buying flavored treats with mix-ins today.

“The wide range of single-flavor frozen treats and products with unique mix-ins are keeping consumers from becoming bored with the category. The rise of new, trendy flavors speak to the dual components nostalgia and indulgence play in the market, while internationally-inspired varieties like mochi ice cream and gelato are succeeding in flavor and format. For more traditional offerings, mix-ins can give treats an added boost, with fruit and nut additions potentially alluring health-focused consumers,” continues Bloom.

While premium and flavorful frozen treats pique consumer interest, the overall market is experiencing tepid growth, with sales increasing just 6 percent from 2011-15 to reach $12.6 billion. However, over that same span, volume sales have declined 5 percent, with all segments of the category experiencing decreasing volume sales from 2011-15.

Gelato remains a bright spot for the US market, drawing continued interest from consumers; however, there has been a gradual slowdown in sales and new product development. Mintel research reveals that 43 percent of consumers purchase gelato today, up from 39 percent in 2015. Aside from a dip 2011-13, retail sales of gelato and gelato-based novelties have been on the rise; however, the segment experienced slowed growth in the last year, up an estimated 32.3 percent over 2015 compared to increases of 41.7 percent 2014-15 and a whopping 247.1 percent 2013-14. What’s more, new gelato product launches have stalled, dropping 8 percentage points 2015-16 to 9 percent, according to Mintel Global New Products Database.

“Sales of ice cream and frozen novelties have kept up despite declining interest thanks to innovative new product development and continued interest in gelato. However, gelato may be nearing its peak, as sales increases and new product launches are in decline compared to recent years. It’s possible that gelato is going the way of Greek yogurt, and losing a little of its luster. That said, we predict that gelato will remain relatively popular as it carries strong appeal for indulgence and satisfaction, and delivers the cues of a premium product,” concludes Bloom.