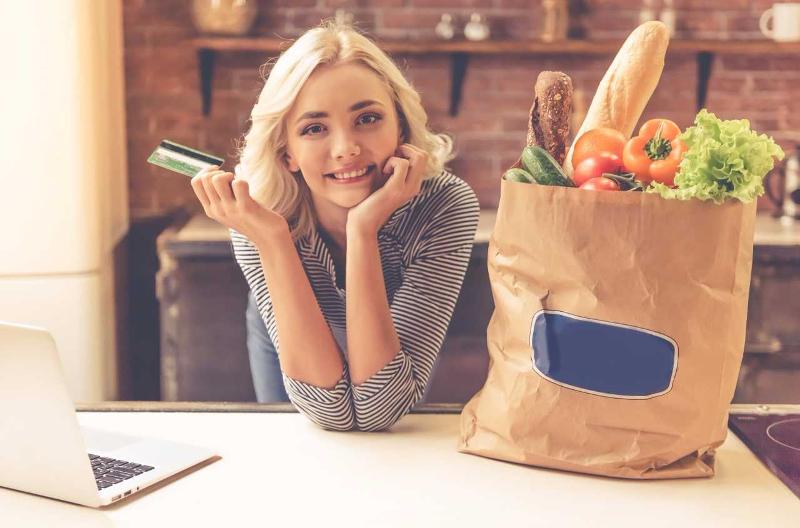 Amid a cavalcade of headlines proclaiming the imminent demise of physical grocery stores, online grocery shopping remains in its infancy, according to insights from Gallup's annual Consumption Habits survey, conducted July 5-9.

In their analysis of the study, Gallup researchers Frank Newport and Megan Brenan said that while the majority of “highly frequent grocery shopping trips [occur] mostly in person,” the finding “highlights the theoretically enormous potential for growth in the online grocery business.”

Other noteworthy findings of the Gallup survey found:

· Only 2 percent of consumers who are 65 and older shop for groceries online at least once a month.

· Overall, Gallup’s poll found that age has little bearing on in-store grocery shoppers, “which is nearly universal across all age groups.”

· Americans living in the eastern United States and city-dwellers were found to be “modestly more likely than their counterparts to use online grocery shopping technology,” per Gallup, which further found that “working adults, perhaps because they have less time to shop, are almost twice as likely as those who aren't working to do their grocery shopping online. Income is not related to online shopping for groceries.”

· Having last polled Americans about weekly food spending in 2012, Gallup pegged the median household food expenditure at $125 a week, which has since remained steady, with a median weekly food purse totaling $130 in 2017.

What’s Next for Online Grocery?

“Shopping for groceries online has a long way to go before it catches on with the vast majority of consumers, who mostly do their grocery shopping in person,” Gallup researchers noted.

“However,” they continued, “this may change, with experts asserting the traditional grocery business may be in a situation similar to that of department stores in recent years, with more retail space than the market can sustain. Traditional grocery stores may find their market share continuing to erode because of changing shopping patterns, particularly online shopping, and may be forced to maintain viability by cutting costs and reducing service.”

Beyond the “looming presence of online grocery shopping,” the retail food industry is poised for continued upheaval from competition from restaurants, convenience stores and others, according to Gallup’s researchers, which astutely concluded that the grocery sector “is gearing up for a period of rapid change…Major retail grocers have already begun shifting to online ordering for pickup or delivery, as well as in-store dining and on-site food preparation, to position themselves to be on top of, rather than reacting to, pending shifts in consumer behavior. Amazon's purchase of Whole Foods serves as a reminder that this change may come sooner than some might have expected.”

Results for Gallup's annual Consumption Habits survey are based on telephone interviews conducted July 5-9, 2017, with a random sample of 1,021 adults, aged 18 and older, living in all 50 U.S. states and the District of Columbia. For results based on the total sample of national adults, the margin of sampling error is ±4 percentage points at the 95% confidence level. All reported margins of sampling error include computed design effects for weighting.

Complete survey results, including charts, can be found here.

Will Whole Foods Bowl Over Boulder?

SpartanNash Seeks to Temper Expectations for 2021