As Florence approached the Carolinas, Anheuser-Busch was on the scene with emergency canned drinking water for those affected by the storm.

The beer giant sent six truckloads carrying more than 300,000 cans to communities in North Carolina, South Carolina and Virginia in response to requests from the Red Cross and local wholesalers and as part of its ongoing disaster relief program.

As the storm drew closer, drinking water was transported from A-B’s brewery in Cartersville, Ga., which periodically takes a break from brewing beer to can drinking water in preparation for a natural disaster.

The efforts came only months after A-B, which has delivered more than 79 million cans of water to communities nationwide affected by natural disasters since 1988, made a commitment to expand its clean drinking water program by enabling its brewery in Fort Collins, Colo., to also can emergency drinking water.

Michel Doukeris, CEO of Anheuser-Busch, said at the time of the hurricane efforts that after committing to expanding its water-canning capabilities and honoring employees who have helped to make the program possible in Budweiser’s Super Bowl commercial earlier this year, A-B was “pleased to deliver on that promise, doubling our production capacity to help our fellow Americans in times of need.”

Additionally, A-B debuted newly designed cans and truck designs in the spirit of the program during Florence.

“Putting our production and logistics strengths to work by providing safe, clean drinking water is the best way we can help when disasters strike,” Doukeris said.

Oklahoma retailers are gearing up for new laws, which go into effect Oct. 1, that will allowing them to sell full-strength beer and wine, having previously only been able to sell beer that was 3.2% alcohol by volume or lower.

The big change, which was voted on in 2016 but is only now coming into play, has sent grocers and convenience-store owners scrambling to obtain permits to sell the stronger libations. The increased sales that will inevitably come in once thirsty customers are able to purchase stronger beer as well as wine will likely make up for a loss in sales caused by the beer shortage that has arisen as retailers sell off the last of their low-alcohol beer stock.

According to the Associated Press, retailers in the state are scrambling to get rid of the 3.2% beer since distributors won’t buy them back and, as QuikTrip spokesman Mike Thornbrugh told the AP, stopped delivering additional stock on Sept.1.

Cox Food Saver store manager Richard Carter told the AP that the change has hurt the store's sales, but he hopes that the upcoming change will make up for the losses.

David Manners, who manages the Green Spray grocery store in Durant, Okla., told KTen News that he was looking forward to taking advantage of the lightened restrictions.

"I think it will be nice to be able to sell wine as well," he said. "More people will come by here, especially on Sundays when liquor stores are closed."

Heineken is gearing up to launch its "Celebrate What’s Inside" holiday campaign in November.

The campaign will be driven by TV, social media and online video impressions, and it will highlight its limited-edition 1.5-liter Magnum bottle by urging viewers to share the large-size beer with friends and family. 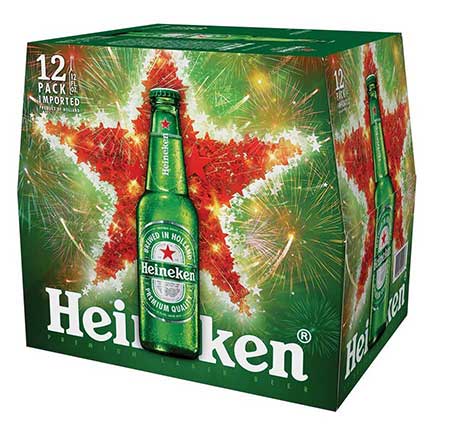 While upcoming retail promotions will focus on product quality and taste, Heineken officials said they will complement the new campaign as it promotes the idea that “ beer drinkers can enjoy life more when looked at with a fresh perspective.”

As part of the program, consumers who Shazam a Heineken bottle at on-sale retailers such as bars and restaurants will receive a $5 Uber credit.

Bjorn Trowery, director of external communications, said the company is “confident in asking consumers to ‘Celebrate What’s Inside’; to celebrate the Heineken that consistently delivers the quality that consumers seek.”

“Beer is an essential purchase for holiday celebrations, large and small,” he said. “More than any other season, consumers want the brands they serve during the holidays to reflect the spirit of the season and the quality they expect, and to show their friends and family how much they care.”

During a Football Sunday in late August, Witten stopped by three separate viewing parties in the Dallas-Forth Worth area with a cooler filled with “the only beer of the Dallas Cowboys.” 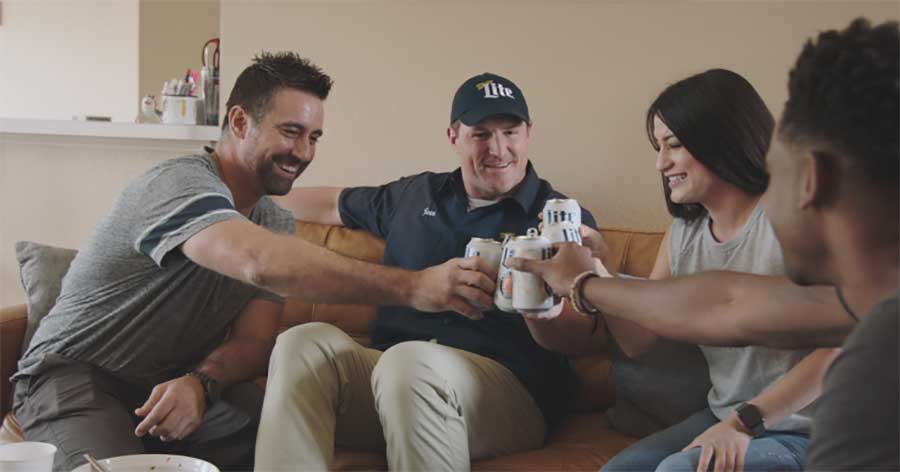 “He was wearing a hat and a Miller Lite beer delivery shirt, and until you see his face, you couldn’t really tell it was him,” said Caroline Flood, associate marketing manager for Miller Lite. “But once they saw his face, their reactions were priceless: ‘Oh my gosh, Jason Witten is in my house! We just drank a Miller Lite with Jason Witten!’”

The festivities were part of the kickoff of the brand’s football-centric campaign starring Witten, which will be targeted at a national audience but will emphasize Dallas-area fans.