Beverages today are tasked to fill more needs than simply hydration. Consumers are looking to beverages to replace meals, supplement their diets, provide recovery from a workout, boost their energy and offer relaxation. Manufacturers of better-for-you beverages are responding, and innovation—and disruption—in the category is booming.

John Mittel, co-founder of sparkling water brand Phocus, Louisville, Ky., agrees. “We’re seeing a cultural shift in what people are drinking,” he says, citing the move from soda to diet soda and the decline in beverages with artificial sweeteners. “They want the same flavor, though. They don’t want to compromise, but they don’t want those ingredients.” 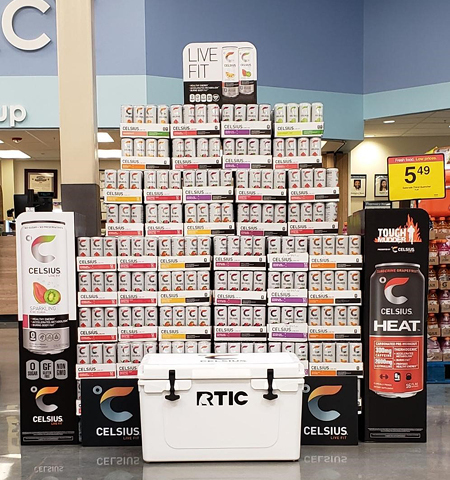 “Everyone wants to live a healthier, active lifestyle,” says Fieldly, pointing out a switch to sparkling water, functional water and beverages, and products with vitamins, nutrients and a fitness-forward position.

Today, it is a given that better-for-you beverages have to contain zero artificial sweeteners and usually no sugar and no preservatives. Artificial flavors and colors also are a no-no, and non-GMO, vegan and gluten-free are a bonus in attracting consumers. Added vitamins, protein and even fiber are also popular additions.

“Those words have grown more as far as some people are going to say that they want to make sure that the products are gluten-free or vegan,” Mittel says. “While they may not adhere to that, it’s the standard now in the natural market.”

Better-for-you beverages account for $125 billion in annual sales, according to Aqwi Organics, a low-calorie flavored water brand. Since November 2016, introductions of vitamin- and mineral-fortified beverages have risen 69%, according to Mintel’s new product database.

“In the next five years, the functional category will actually be larger than the carbonated category worldwide. Consumers like drinking products like these; they want to have products that have some type of health benefits,” says John Salvatore, CEO of Aqwi Organics.

The ingredient lists can become even more obscure, such as the case of Celsius’ new BCAA recovery products, which contain branched-chain amino acids that help with muscle recovery. Fieldly points out, however, that the beverages aren’t just for post-workout; they also can provide an afternoon pick-me-up for people running errands or picking the kids up after school. The drinks also contain electrolytes, vitamin D3 and tart cherry. “Tart cherry has a lot of great attributes and a lot of great health benefits like anti-inflammatory properties. There’s a ton of science behind all of these ingredients,” Fieldly says. “It’s really, truly understanding the ingredients within these products and how they interact with each other and how it can be beneficial to body adjacency.”

Phocus’ caffeinated sparkling waters are designed to be “more of a functional water by capturing an amount of caffeine that delivers a functional, thoughtful caffeination or benefit but also has all the health aspects that you want from sparkling water,” Mittel says. “We didn’t want to be an energy drink.” The caffeine, carefully selected to be 75 milligrams per serving—similar to an 8-ounce cup of coffee—comes from green tea, which also contains the amino acid L-theanine, which Mittel says is a difference maker. L-theanine is credited with easing stress and providing relaxation without drowsiness. “It’s kind of an unheralded amino acid,” he says, but consumers are growing increasingly aware of the benefits. 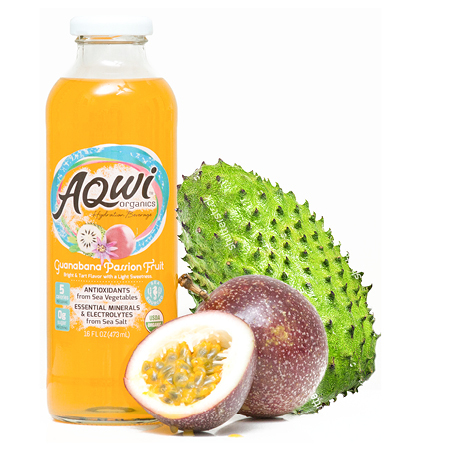 Aqwi Organics, produced by Liberty Beverages, introduced a hydration beverage that is full of antioxidants, essential minerals, micronutrients and electrolytes, and organic ingredients, coming primarily from sea vegetables (organic brown seaweed) and sea salts from the Pacific Ocean. However, the company also focused on how the body processes these nutrients. “Many of the drinks in the functional beverage category are what I call ‘Frankenstein products,’ ” said Bill Dunman, chief operating officer and lead product developer, in a press release. “For no purpose other than bragging rights, they can contain levels of minerals far exceeding the body’s ability to absorb them, as well as synthetic vitamins and artificial or sugar alcohol sweeteners.”

Shelf positioning can be critical for these better-for-you beverages. In the case of Celsius, the products are mostly merchandised in the diet and sports/nutrition category, but more are making their way to the front of the store in the checkout lanes. When that happens, “customers are reacting because they want better choices,” Fieldly says. But products that have additional health benefits and enhancements are “blurring the lines,” he says. “Functional beverages and functional products are in all categories—the vitamins, the protein bars, they’re mainstream now.” Beverages are no exception to the blurred lines.

Mittel notes that Phocus products are typically merchandised in the water or natural shelf sets, but a few stores have placed the products in a grab-and-go case, where they have seen traction with consumers.

In addition to the better-for-you benefits of a beverage, the sustainability aspect of the product can’t be ignored. “I think you’re seeing the market leading the cultural shift in what people want to drink,” Mittel says. “We took a long time with what’s our carbon footprint. We quickly dropped bottles and went to cans. All of our tea comes from a company that makes decaffeinated tea, so we use that byproduct and are able to upcycle that. I think you’re seeing more earth- and environmentally conscious brands arise, as well as health-conscious.”

Aqwi Organics also is focused on being environmentally friendly by packaging its beverages in 16-ounce glass recyclable bottles to help protect the ocean, which is critically important to Aqwi’s ingredient sourcing.