Many of us can’t think of anything more convenient than putting cereal in a bowl, adding milk and eating it, but—if we can mix our food categories for a moment—it’s just not cutting the mustard anymore.

Cereal is deemed by millennials to be inconvenient. Adding to this is the perception that the entire category is highly processed, low in nutrients and high in sugar, so it’s no surprise cereal sales continue to plummet. From 2013 to 2018, according to Packaged Facts, cereal sales decreased at a compound annual growth rate of 1.5%. Last year the category as a whole was worth $10.9 million in the U.S., and Packaged Facts estimates that figure will drop to $10.1 million by 2023, according to its report.

The big obstacle for cereal is its cost, says Jill Picchione, grocery category manager for Roche Bros., a 20-location supermarket chain based in Wellesley Hills, Mass.

At Roche’s stores, cold cereal is down about 5%, year over year. But what’s driving sales is promotional activity, such as advertisements and price reductions, Picchione says.

The other big category player, Kellogg’s, does its own share of promos. This spring it debuted a limited-edition Tony the Tiger T-shirt collection in honor of National Cereal Day.

So reports of cereal’s death might be premature, and 58% of its sales happen in traditional grocery stores, according to Packaged Facts. One in five breakfasts still includes cold cereal, says Darren Seifer, executive director of The NPD Group, Port Washington, N.Y., and nearly every household contains cereal, “but other products are chipping away at it,” especially egg dishes and yogurt.

While cereals with no nutritional benefits are struggling, healthier cereals are doing better. Last fall, Kellogg’s launched its Hi! Happy Inside cereal, containing probiotics, prebiotics and fiber, in three flavors. Around the same time, Kashi released a new line, Kashi by Kids, which children helped create. These cereals tout whole grains, fiber and 8 grams of sugar per serving, and they are non-GMO.

Better-for-you cereals are seeing healthy sales at Roche Bros. and at PCC Community Markets, a chain of 11 natural and organic stores in and around Seattle. Breakfast aisle sales (cold cereal, granola and hot cereals) were up almost 5% in 2018 compared to 2017, says Scott Owen, PCC’s senior grocery merchandiser, who points out that much of the growth came from new items. However, he admits, it’s less than the 7% growth he saw in frozen breakfast entrees, which is mostly waffles. The biggest driver, he says, is oats, which saw sales last year up about 10%. Owen attributes this to oats being an ingredient—oatmeal cookies, for instance—and the healthy halo surrounding oat milk.

Granola is doing slightly better—down 1% year over year—“but granola is saturated with so many brands,” Picchione says. “And you have to have in your set the big brands like Bear Naked from Kellogg and some local brands.”

Granola is holding its own at PCC, Owen says, especially grain-free for the paleo and keto crowd. Small, local manufacturers, such as Langley, Wash.-based Primal Island, which has only four SKUs of grain-free granola, are helping drive this category. Granola does well in 8- to 10-ounce sizes, even though the 1-pound bags are a better value because the large sizes can cost as much as $20 a bag, he says. 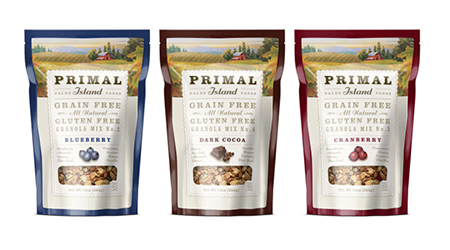 However, 26-ounce and 32-ounce bags from Blaine, Wash.-based Nature’s Path cereal are the best-selling items and retail for $8 to $9.50 per bag, Owen says, “because they’re the value proposition.” However, he points out, “A lot of people like variety, so many buy multiple 10- to 12-ounce boxes for different occasions, like protein for dinner and fiber for breakfast.”

Nature’s Path, he says, is the chain’s biggest brand in terms of sales, and it’s introducing products containing everything from acai to turmeric. “They’re really trying to experiment and hit every core consumer,” says Owen. “If you want to stay relevant, you need to innovate.”

Keeping customers healthy is of such importance for West Sacramento, Calif.-based Raley’s Family of Fine Stores, which last fall moved all cereals with more than 25% added sugar onto its bottom shelf, giving prime placement to better-for-you cereals.

In a recent “Minute With Mike” YouTube video, Raley’s CEO Mike Teel said the company had identified the worst cereal offenders. “It’s the right thing to do. We want to make it easier for our customers to make a more informed choice,” he said.

Signage in Raley’s cereal aisle helps customers navigate the multitude of products. Some are identified as higher in added sugar and others are lower in added sugar. Colored shelf tags and signs help consumers.

Kellogg’s prefers to keep its mainstream and its better-for-you cereal products separate in grocery stores. “The first break on the consumer decision tree is between mainstream cereal and natural/organic. Therefore, it makes sense to shelf all mainstream cereal together with kid and family,” says Scott Salmon, chief customer officer. “Adjacent to adult would be natural organic cereal in its own section.” 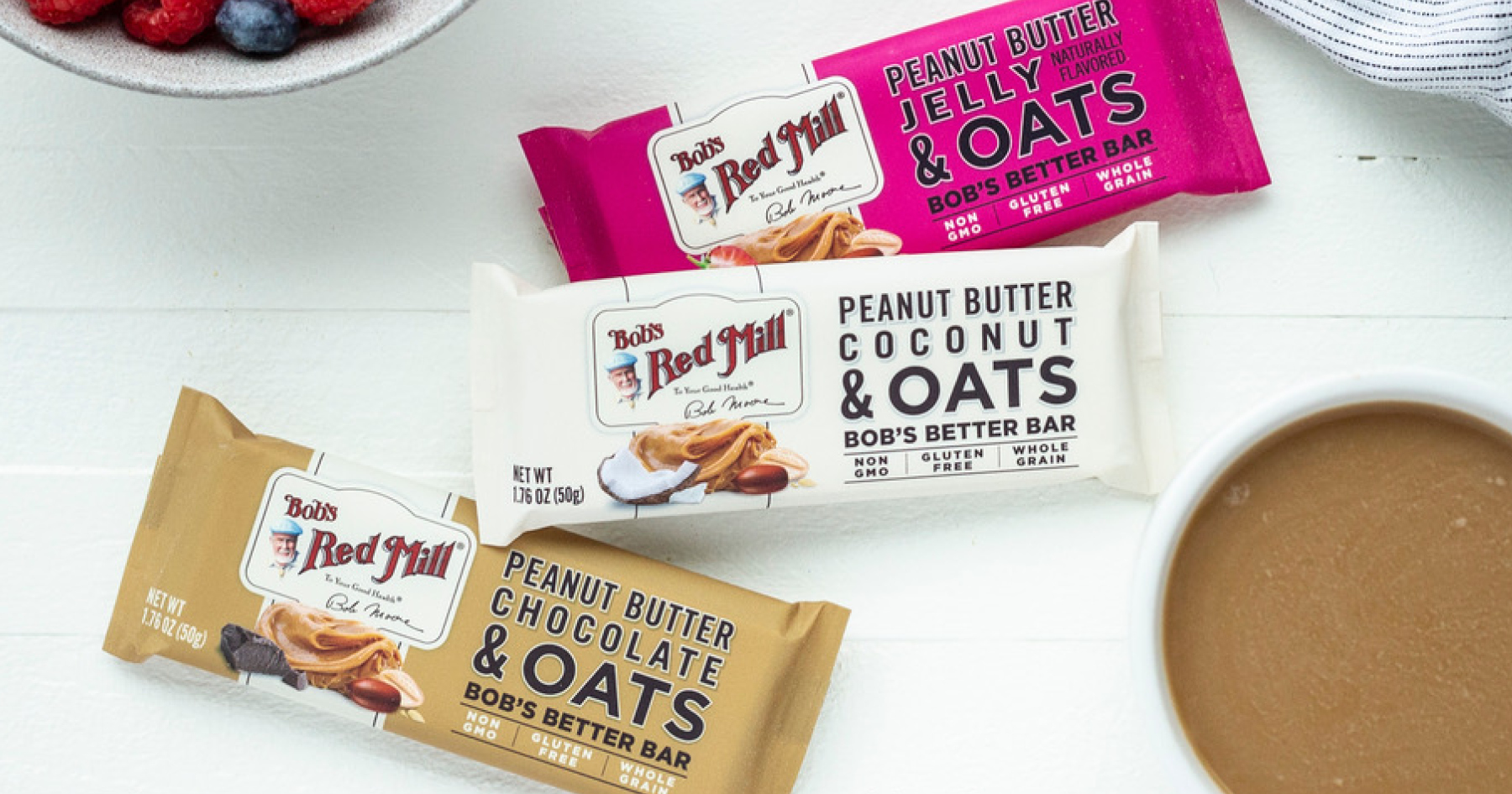 For Milwaukie, Ore.-based Bob’s Red Mill Natural Products, it depends on the store, says Robert Agnew, SVP of sales. “A lot of stores have success with putting all the Bob’s products together in what we call a ‘destination set,’” he says. “We try to work with each retailer to help bring the shoppers’ attention to the Bob’s Red Mill products wherever they are, whether it’s in a destination set, in a natural or gluten-free section, or integrated into the mainline sets throughout the store.”

Bob’s Red Mill also has found in-store demos very effective, “and we’ve had great successes with sampling our single serving, grab-and-go cereals in stores,” Agnew says. “It’s so important for shoppers to be able to try before they buy.”

PCC runs cereal promotions fairly regularly, often with shelf stable milk “to suggest a usage occasion,” Owen says. He does, however, demo breakfast bars more frequently because he can easily cut them up.

At Roche Bros., sampling mostly happens with granola, Picchione says, especially with the smaller companies, “because they have a lot of pride in what they do.” The stores also frequently offer small giveaway sample packets and provide shippers for the yogurt department for cross-sampling, featuring 99-cent packages. “The small companies are really driving growth,” she says.

To help customers travel through this aisle, callouts, bright colors and characters on packaging are important in an overcrowded category. Natural, organic, and non-GMO are buzzwords, Seifer of NPD says: “Overall, consumers are looking for purity, authenticity, natural.”

For a while, says Picchione, the words “gluten-free” and “non-GMO” on packaging were driving sales, “with Whole30 or keto being the icing on the cake,” she says.

The same callouts are resonating in PCC stores, and Owen is noticing there are more details on the front of cereal boxes “so people can see the attributes readily.” Customers will turn boxes over and read the back panel, he says, “but only if something leads them to do that.” 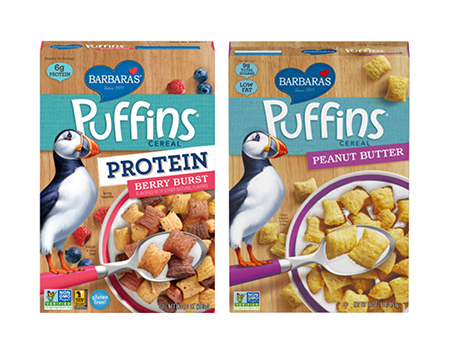 Better-for-you cereal products by Barbara’s recently underwent a complete redesign “that has helped our product stand out on shelves and be more fun and playful,” says Roxanne Davis, VP and GM of Three Sisters, the natural/organic division of Post Consumer Brands. “There are a lot of muted colors in the natural/organic space and we wanted the brand to stand out and look more fun and inviting. The goal is to invite people who are not normally natural and organic consumers to say, ‘What’s going on?’”

So cereal sales are down, but with sales of more than $10 million, someone’s eating it. Kids are still getting their fill of the sugary varieties, though Picchione thinks we’ll see some of those disappear, while adults—who don’t have time to sit down to a bowl of it in the morning—are having cereal as a snack at night, or as dinner itself.

According to a Packaged Facts survey, 44% of Gen Z or millennial consumers had eaten cold cereal in the middle of the day, and about a quarter of them had consumed cold cereal at midday or after.

Consumers who are eating cereal as a snack tend to care less about its nutritional profile, says Tom Pastre, a freelance analyst who wrote Packaged Facts’ recent report, because it’s perhaps taking the place of a candy bar or something sweet. “They aren’t generally eating cereal because it’s a health food,” he says.

There’s also the nostalgia aspect for adults, Pastre points out, as seen in the return last fall of General Mills’ Trix cereal’s fruity shapes from the 1990s, due to customer demand. Post is also getting in on the 1990s action, rereleasing its Oreo O’s cereal.

“One cereal does not meet everyone’s needs,” says Baldwin of General Mills, “which is why we are working hard to ensure we have a cereal to meet nearly everyone’s individual needs.”