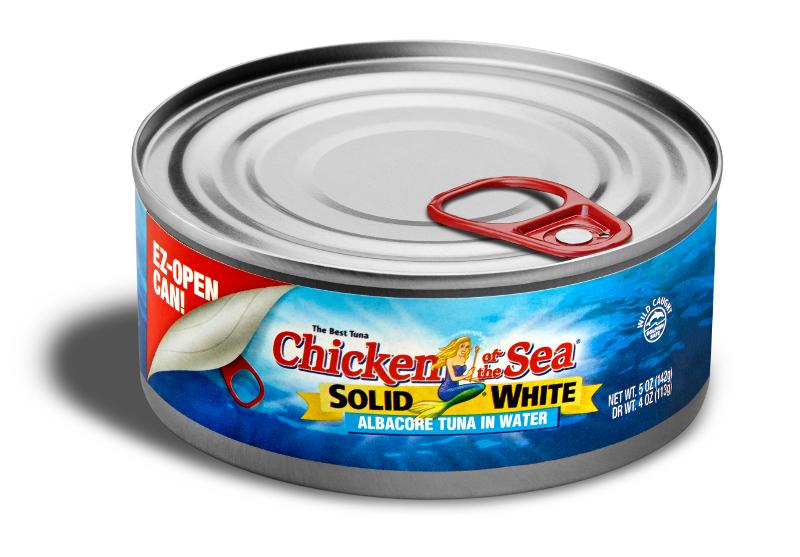 In response to consumer demand for greater in-kitchen and on-the-road convenience, Chicken of the Sea will now offer cans with easy-open, pull-tab lids across multiple seafood product lines simultaneously.

According to Maureen McDonnell, Chicken of the Sea director of brand marketing, the company is continuing to invest in traditional can technology to provide consumers with shelf-stable seafood in the familiar packaging they’ve come to expect. “Busy moms and families are always on the lookout for protein-rich meals that are quick, affordable, and can be enjoyed anywhere,” she says. “Our research indicates that consumers see convenience and time savings as key purchase considerations for seafood, so we know that Chicken of the Sea tuna and salmon lovers will respond positively to our new EZ-Open cans.”

To support the new packaging, Chicken of the Sea is giving consumers the chance to win $25,000 worth of instant prizes simply for playing the game and grabbing the right EZ-Open can. The Chicken of the Sea Pull It Off Game and Promotion features a virtual “kitchen” setting in an online game where players try to grab a Chicken of the Sea can as it revolves on a Lazy Susan table— but only EZ-Open cans will open in the game, as the other cans strain in vain.

Consumers are able to play once per a day and have three chances to grab the EZ-Open can for a chance to win instant prizes. Prizes will be offered in the form of mobile-friendly digital gift cards. For those who don’t win a cash prize, a healthy recipe will be offered to whet their appetites. The Pull It Off game continues through Nov, 12 on the Chicken of the Sea Facebook page.

The seafood brand is also working with food and family bloggers and influencers to encourage them to create and share easy recipes using seafood in Chicken of the Sea EZ-Open cans, for eventual postings on the Chicken of the Sea Pinterest page.

Beyond responding to customer requests for greater convenience, Chicken of the Sea is launching its new EZ-Open cans in response to the January 2016 release of the Dietary Guidelines for Americans 2015-2020, which encourage Americans to choose seafood in place of other protein foods for two meals (or 8 ounces) per week. The report concludes that average seafood consumption is below recommendations for all U.S. age and gender groups and suggests dramatic changes in the American diet to increase this intake—such as choosing a salmon steak or tuna sandwich over traditional choices.