Beer, wine and spirits marketer Constellation Brands Inc. closed its $4 billion investment deal with Canopy Growth Corp., giving the cannabis company with funding to build scale in the more than 30 countries currently considering federally permissible medical cannabis programs as well as those opening up to recreational use.

The investment pushes Constellation Brands’ ownership of Canopy Growth to about 37% of outstanding common shares. Constellation has also appointed two members of its executive team, as well as two independent directors, to Canopy's board. The new board members include President and CEO Bill Newlands and EVP and CFO David Klein, as well as current Constellation board members Judy Schmeling and Robert Hanson.

“The global cannabis market presents a significant growth opportunity and Canopy Growth is well-positioned to establish a strong leadership position in this fast-evolving category,” he said. 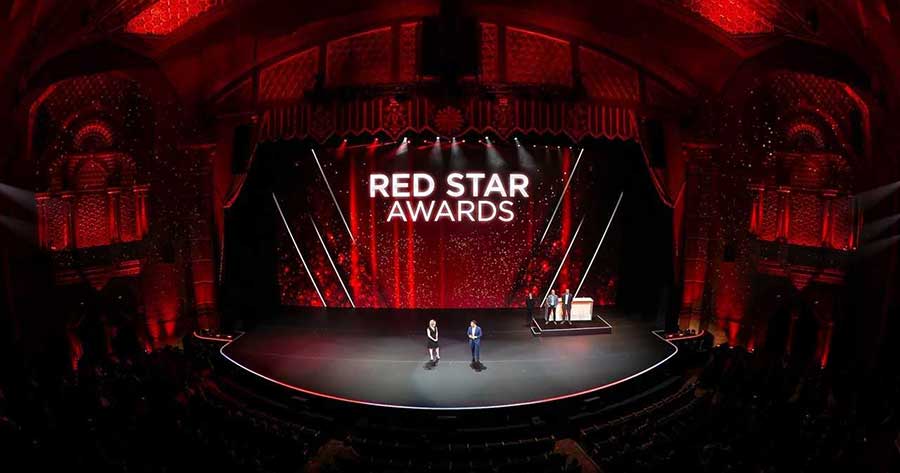 Heineken USA awarded honors to several of its distribution partners in recognition of success of goodwill.

The Red Star Award was given to Admiral Beverage Corp. of New Mexico in honor of its “efforts in driving the success of the Heineken USA portfolio in 2017,” according to company officials. It was presented at the company’s annual National Distributor Conference in Atlanta.

The program looks at distributors across the U.S. and measures them against peers of similar size and geography, with the award going to the partner that goes “above and beyond” average market results

Admiral Beverage has been among the top contenders for the award every year since 2014 and also received it in 2017. The distributor grew Heineken business by 7% in 2017, led by Strongbow Cider at 24% and “combined best-in-class leadership, management, sales execution and a strong partnership with Heineken USA to deliver on all key metrics, including high-impact sponsorships that maximized brand awareness in the market,” company officials said.

“In 2017, Admiral Beverage showed that consistency and commitment can lead to superior performance,” he added. “The results for both parties have been tremendous.”

Additionally, Heineken recently revealed the 2018 winners of its 1864 Awards honoring distributors that advance the company’s goal to “Build a Better World” through responsibility and sustainability.

In the larger-volume distributor category, Crescent Crown Distributing won for offering employee safe rides and support for more than 150 community and charitable events last year and for its collaborative recycling program that encourages participation from key accounts. In just six months, Crescent Crown diverted nearly 650,000 pounds of glass from landfills, and it has more than 75 accounts taking part in this program

In the smaller-volume category, Fahr Beverage was honored for its initiative to support designated drivers, offer a “no questions asked” policy for employee safe rides and help accounts reduce underage drinking with state ID education. Additionally, the distributor installed solar panels, switched to LEDs and reduced idling. It also has started the process of converting its vehicles to compressed natural gas. 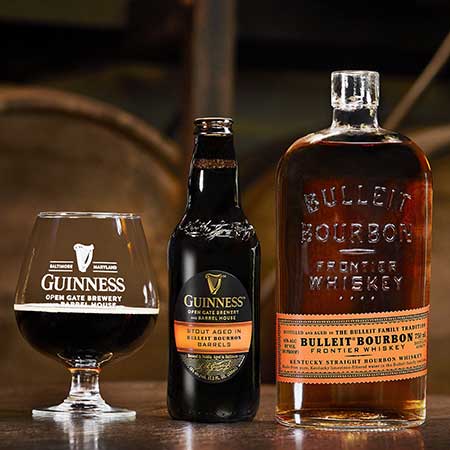 Following the launch of its new brewery in Baltimore this year, Guinness launched a beer that it touts as "brewed in Dublin, aged in Baltimore."

The Dublin-brewed Antwerpen Stout is aged for eight months in Bulleit Bourbon barrels at the Open Gate Brewery & Barrel House in Baltimore.

For about 200 years, Guinness was stored and shipped in barrels and the new brewery is working to recapture this legacy. Additionally, the community of Diageo brands gives Guinness access to spirit makers across the globe for future barrel-aged partnerships.

"The best part about barrel-aging any beer is that you get the chance to pull the flavors of the wood and liquid previously aged in it," said Sean Brennan, senior brewer at the Open Gate Brewery & Barrel House. "We've already started to think about what we'll be experimenting with next, but we couldn't be more pleased with our first go at using barrels from our friends at Bulleit. This beer is something special, and one to be sipped slow and savored." 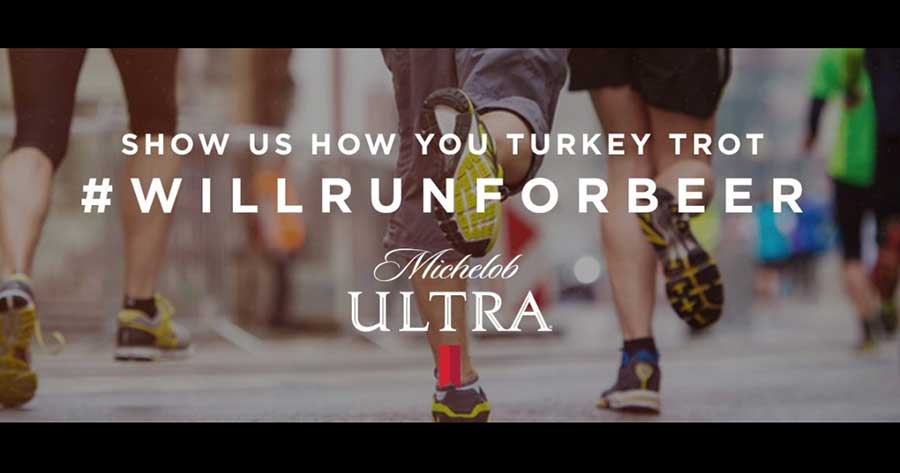 Those running the Thanksgiving Turkey Trot were encouraged by Michelob Ultra to share a snap of their holiday run and use the hashtag #WillRunForBeer along with tagging @MichelobULTRA to receive a Drizly promotion code.

The promotion comes only shortly after Team Ultra, a team of 95 runners, competed in the 2018 TCS New York City Marathon as part of the brand’s ongoing sponsorship of the race.

“Running is a passion point for our drinkers and we’re excited to bring a new reward to what’s become the biggest race day of the year by toasting 'Turkey Trotters' across the country,” said Azania Andrews, VP of Michelob Ultra. “Thanksgiving is a day of gratitude and indulgence with friends and family, and we are excited that Ultra is a way to bring balance to the table.”