Guinness brewers, executives and guests gathered in early August to christen the new Open Gate Brewery & Barrel House in Baltimore, on the site of a former whiskey distillery. As the first Guinness brewing operation on U.S. soil in more than 60 years, the new facility is home to a 100-hectoliter production brewery, a 10-barrel experimental brewery and a barrelnhouse, as well as Guinness Blonde and a batch of new brews created for the U.S. market.

Guinness’ parent company, Diageo, invested approximately $90 million in the project, which leveraged a pre-existing structure, as opposed to starting from scratch with a green field development. The new brewery, which includes a visitor center, plus packaging and warehousing operations, takes the first part of its name from inspiration from the Guinness Open Gate Brewery in Dublin, which has been in operation for more than a century. The second part of the name, Barrel House, is a nod to the tradition of Guinness brews, which mature in wood barrels and which continues in its new U.S. brewery. 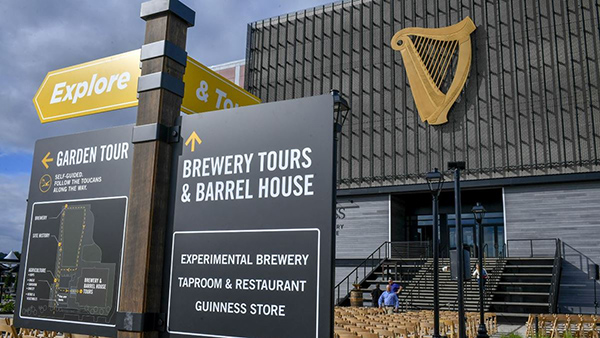 Guinness Open Gate Brewery & Barrel House, which is located in Halethorpe, Md., opened to the public on Aug. 3 as the first Guinness brewery in the U.S. in more than 60 years.

Led by brewmaster Peter Wiens and head brewer Hollie Stephenson, the brewing team has been busy producing beers for the on-site taproom. Visitors can tour the 10-barrel brewery and try the variety of beers made on-site. The initial lineup features beers such as Guinness IPA and Crosslands Pale Ale, a beer made entirely with Maryland-grown malted barley and hops. While Guinness classic stouts will continue to be brewed at St. James’s Gate in Dublin, guests at the Maryland brewery can still enjoy those stouts alongside the new American innovation beers in the brewery’s taproom.

“This brewery has long been a dream for Guinness, and an incredible amount of hard work has gone into getting these doors open,” Diageo Beer Co. USA Chairman and Global Chief Sales Officer Tom Day said in a statement. “I can’t wait to see people enjoying the fantastic beer our brewers have made in this historic and beautiful building. I’m proud that we have created something special and quintessentially Guinness here in Maryland.”

Guinness has also implemented measures to reduce the overall electric consumption and water usage at the site, while using recycled elements for the build, along with low volatile organic compound (VOC) materials and paints to accent the building. 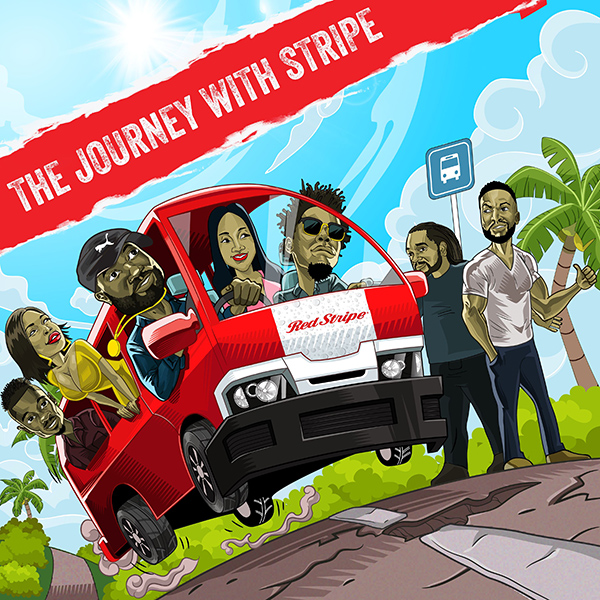 Red Stripe beer producer and Jamaican brewer Desnoes and Geddes Limited (D&G) has collaborated with Grammy Award-winning Jamaican musician and producer Paul “Pablo” Stennett and seven Jamaican artists to celebrate D&G’s 100th birthday. The artists have created an album of original singles representing the evolution of Jamaican music. The full album will be available for download Aug. 31. Check it out here. 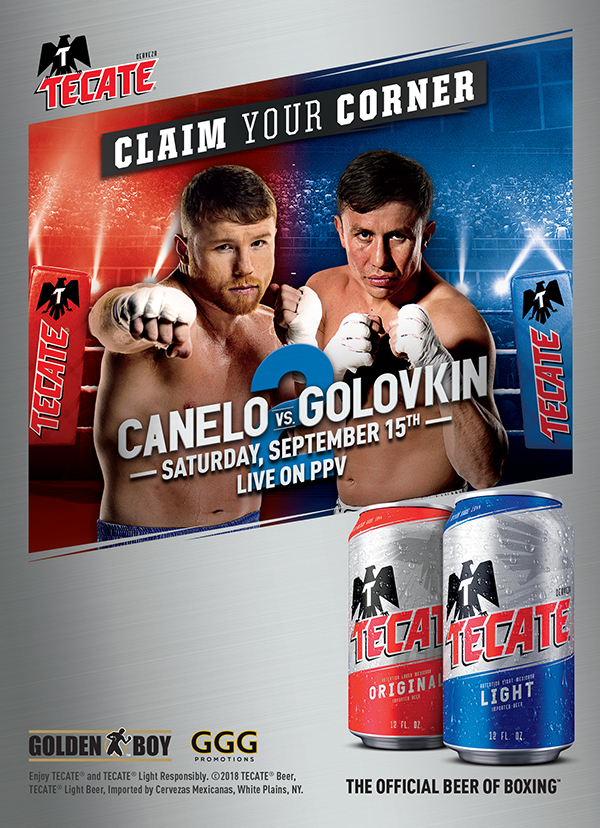 According to Nielsen data, boxing fans spend 9% more on Tecate during boxing promotions and Tecate buyers are two times more likely to be fans of boxing than the average U.S. household. The fully integrated marketing program includes fight-themed POS designed to drive awareness and participation in a sweepstakes that gives consumers the chance to win one of 5,000 pay-per-view streaming codes or a boxing glove signed by Canelo or GGG.