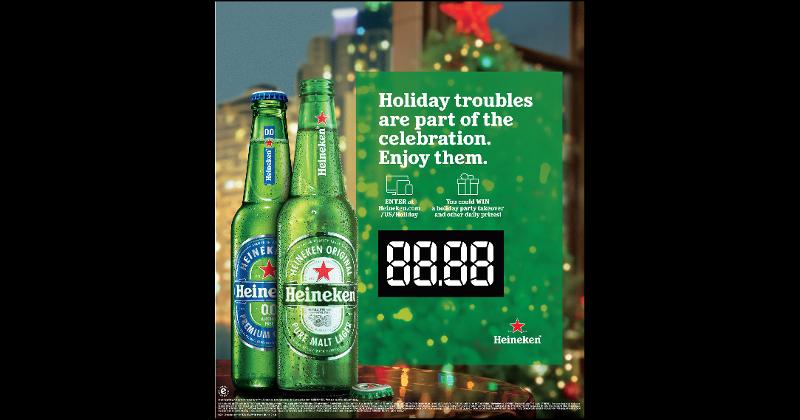 Harris Teeter and MillerCoors are partnering once again with national nonprofit Operation Homefront to donate holiday meal kits to 400 military families. The donation effort is in its 10th year and serves as an example of MillerCoors’ ongoing commitment to Operation Homefront, the company said. As retail partner, Harris Teeter will also provide meals as part of its annual Harvest Feast Food Drive and Donation Card Campaign.

"Many military families struggle to put food on the table, and the holidays can be extremely stressful,” said Vivian Dietrich, senior regional director of Operation Homefront. “This Thanksgiving, Operation Homefront welcomes the opportunity to partner with Harris Teeter to provide holiday meals so families in the D.C. metro area can enjoy a traditional holiday dinner without the financial burden."

To celebrate the upcoming holiday season, Budweiser and Jim Beam have linked up for a second time to serve up a special brew. Budweiser Reserve Black Lager boasts an oaky aroma and auburn color, with a toasted malt taste finish that offers beer enthusiasts coffee and chocolate notes.

The limited-supply brew, aged in six-year Jim Beam bourbon barrel staves for a bolder taste, also boasts an ABV of 7.1%—the highest ABV in Budweiser’s portfolio. 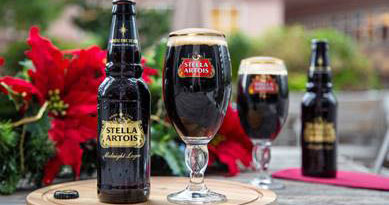 Midnight Lager hit shelves nationwide Nov. 4, and the brand also released a limited-edition beer on Halloween in America’s most haunted town, Sleepy Hollow, with a free tasting offered to residents and visitors.

Whether it's long lines and holiday shopping, cooking mishaps or missing out on the last gift on the shelf, Heineken still thinks every holiday moment can be memorable. And so the world’s most international beer brand wants people to celebrate all of it, with Heineken and Heineken 0.0 encouraging consumers to embrace these special moments along with the most fun times associated with holidays.

“We’ve put together a festive holiday promotion this year that is sure to delight consumers and aid retailers in driving holiday sales and profits,” said Meredith Kiss, brand manager of Heineken USA. “Beer is a traffic driver for parties and celebrations; beer shoppers are both hosts and guests for parties." Beer imports' growth is expanding more than five times faster than the entire beer category, she said.

Consumers will see festive Heineken commercials and in-store merchandising, as well as and savings on Heineken six-packs and 5-liter draught kegs. Heineken's special holiday packaging includes a unique code under every bottle cap so consumers 21 and older can enter for a chance to win gift cards worth up to $200 instantly and be entered in the grand-prize drawing for the ultimate catered at-home holiday party, valued up to $10,000.