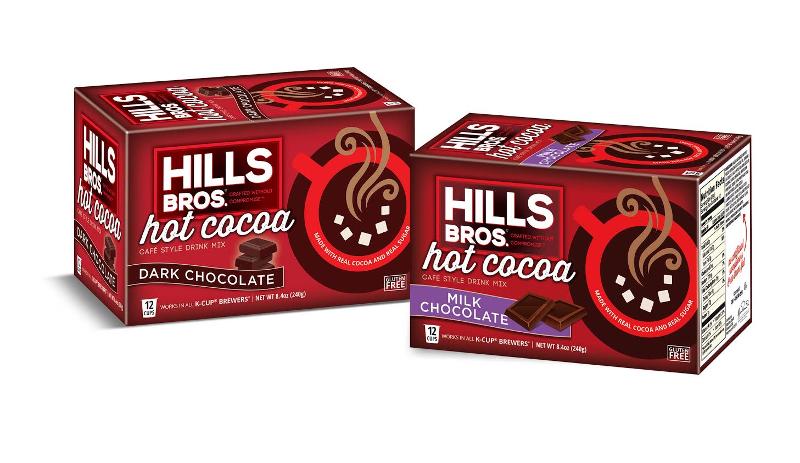 Hills Bros., known for its coffee and cappuccino lines of hot beverages, is about to launch its own Hot Cocoa line.  Hills Bros. Hot Cocoa, available in two flavors – Dark Chocolate and Milk Chocolate – is compatible with all K-CUP style brewers.

With this in mind, Hills Bros. has formed a partnership with the Warm Up America! Foundation (WUA!), encouraging consumers to try the new flavors and “Make a Choice to Make a Difference.”

“The Warm Up America! Foundation is pleased to team up with Hill Bros. to provide thousands of people in need with warm socks, one of the most requested items in homeless shelters,” says Mary Colucci, executive director, Warm Up America! Foundation. “The socks will be distributed along with blankets and clothing, all hand-knitted and crocheted by WUA! volunteers nationwide.”