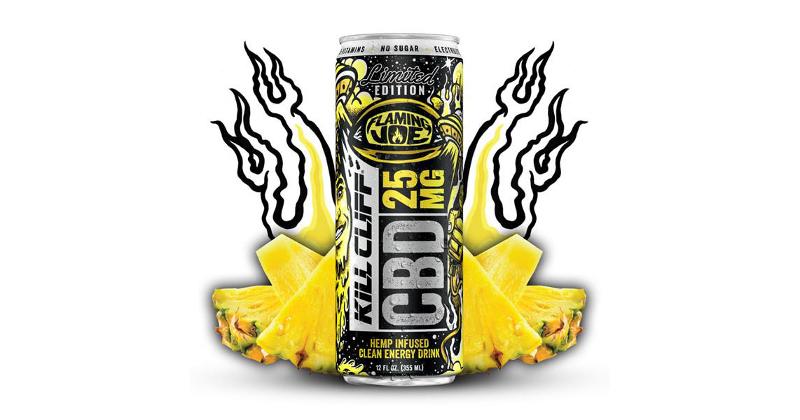 Kill Cliff, maker of energy drinks that are free of sugar and artificial ingredients, has collaborated with Joe Rogan to create the Flaming Joe. The unique, fiery pineapple fusion is the latest edition to Kill Cliff’s line of CBD beverages. The Flaming Joe contains 25 milligrams of CBD that is derived from 125 milligrams of broad-spectrum hemp, B vitamins, electrolytes and plant extracts. As with all Kill Cliff drinks, there is no sugar or artificial ingredients.

Rogan, whose The Joe Rogan Experience was recently named Spotify’s most-streamed podcast of 2020, is a longtime advocate of CBD for mental and physical well-being. Spotify paid $100 million to acquire the podcast, which becomes exclusive to Spotify this month, earlier this year.

“It’s amazing how much good you can get out of a 24-kilogram kettlebell and a can of Kill Cliff CBD,” said Rogan in a release.

“Working with Rogan on this drink was a really cool experience for the entire Kill Cliff team,” Kill Cliff President John Timar said . “Our guys, Jerry Barker and Mitch Brown, did a remarkable job nailing the flavor concept and creating an awesome can design worthy of this product.”

“People are more concerned than ever with what they put in their bodies. Kill Cliff is by far the best tasting and healthiest energy drink available,” said Brenkus in a release. “I’m honored to be part of the clean energy drink company that is literally disrupting the industry.”