Have you heard of a tamalada? The Hispanic shoppers who patronize your store certainly have. And if they can’t find the ingredients and cookware they’ll need when their families gather to make dozens upon dozens of tamales for the holiday season, they’ll travel elsewhere to shop.

And that’s not true just at the holidays, of course. Cooking is part of Hispanics’ identity, which means stores that feature items such as masa, corn husks and chiles—as well as cookware such as tamale pots, rice cookers and calderos—have a competitive edge when it comes to attracting this increasingly important demographic.

“Hispanics connect with their culture through cooking,” which is why it’s crucial for retailers to attract and satisfy them, says Brian Pomeranc, VP of Miami-based MBR Industries. MBR is the parent of Bene Casa, a company that offers cookware, culinary tools and gadgets specifically designed to meet the cultural needs of the Hispanic community. “Everyone is taking huge notice [of this demographic group] and they’re trying to understand what to do.” 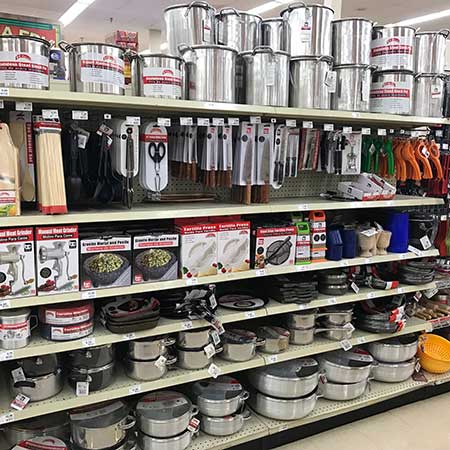 Before any retailer decides what to do, they must understand the role life in the kitchen plays for Hispanics of all generations.

“No matter their age or first language, Hispanics have a strong emotional and cultural tie to food—and that includes recipes and ingredients as well as brands,” according to a Trend Insight report from FONA International. “One way Hispanics find this connection in the United States is by shopping at grocery stores specializing in products from home.”

The inventory stores carry carries a huge weight in where they choose to shop. “Fifty-seven percent of all Hispanics in the U.S. say they’re drawn to Hispanic grocers because they typically offer the products and brands that reflect their cultural tastes,” FONA reports.

Considering how often Hispanic shoppers head out for groceries—and how much they spend when they do—conventional grocers should give Hispanics a reason to patronize their stores. As the 6th Edition of Acosta’s The Why? Behind The Buy U.S. Hispanic Shopper Study reports, “Hispanic shoppers are more profitable than total U.S. shoppers, and although their spending per trip is comparable, Hispanics actually shop more frequently across all grocery trip types.”

And these shoppers don’t consider grocery shopping a chore. Sixty-one percent of Hispanic shoppers said they enjoy the experience of shopping for ingredients to prepare the meals they have planned versus 52% of total U.S. shoppers.

“Hispanic shoppers make 26 grocery trips a month—9.2 to bodegas versus 5.4 to supermarkets,” Pomeranc of Bene Casa says. “Retailers need to create a mass presence of merchandise for the customer to take notice,” including the ethnic-inspired housewares category, which has become an important piece of the merchandise puzzle.

According to The NPD Group’s Retail Tracking Service, U.S. retail spending showed a significant uptick in the first quarter of 2018, and Hispanic communities were a key contributor. “Overall retail spending and spending among Hispanic consumers in the U.S. have both been on the rise over the last few quarters, and there is a visible correlation between the two,” says Marshal Cohen, The NPD Group’s chief industry adviser. “Hispanics are spending, which leads to a very different story for this important market and U.S. retail in general.”

The spending trend is translating to an uptick in interest in the ethnic housewares category. 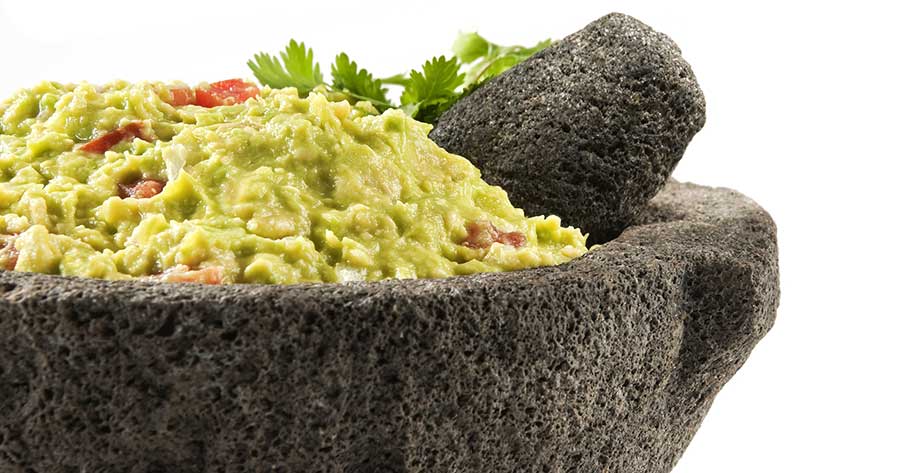 “Most retailers continue to report that the fastest growing demographic shopping in their stores is Hispanic,” says Tricia Jarzembowski, marketing communications manager for Columbian Home Products Inc., a housewares designer, manufacturer and distributor based in Barrington, Ill. “We have recognized a constant growth in ethnic cooking products, with the Hispanic consumer leading the way in traditional and specialty cookware purchases.”

Anyone eager to reach the Hispanic market must realize it is not composed of a single, monolithic group. “There are more than 20 Hispanic countries, each with individual cultures, customs and cuisines,” according to the FONA International report. “Authenticity to regional flavors is extremely important when hoping to reach Hispanics.”

Consequently, developing and marketing Hispanic products is a tremendously complex proposition—one that can take unsuspecting retailers by surprise. And that those trying to tap the market “should put time into learning who their audience is specifically and connect with them on the issues that matter most,” FONA says.

To that end, companies such as Bene Casa and Columbian Home Products work closely with retailers to ensure their inventory meshes with the specific needs of the Hispanic audience they serve.

Bene Casa, for example, offers full demographic profiles within a five-mile area of any chain store, then recommends a plan-o-gram based on the demographic makeup. Columbian Home Products also works hand-in-hand with retailers to develop merchandising programs designed to attract their Hispanic clientele.

“Our retailer presentations include plan-o-grams to suggest methods to enhance the product merchandising and point-of-sale materials,” Jarzembowski says, noting that the company participates in demos to showcase select products and recipes and works with retailers to escalate key SKUs during seasonal periods. “Tamale pots are good example of a category that is moved to end-cap and cross promotional areas during November and December.”

One must-have product—no matter the shoppers’ countries of origin—is a caldero. Similar to a Dutch oven, a caldero is a cooking pot Hispanic cookware manufacturer IMUSA describes as "the one cooking vessel considered indispensable to every Latin household”—one that is “viewed as the most treasured item in a Latin kitchen.”

But there are nuances retailers should understand before creating a housewares lineup.

Hispanics from Cuba, Puerto Rico and the Dominican Republic like espresso, while those from Mexico typically do not; those from the Dominican Republic prefer gas- and not electric-based pressure cookers; and Hispanics generally don’t like cooking with nonstick fry pans, Pomeranc says. “Hispanics fry 80% of what they cook, so that impacts the design, the shape of what they need,” he says. The pan must be able to heat to high temperatures immediately, and to turn out food that is clearly browned—something nonstick cookware doesn’t necessarily do, he says.

Ultimately, it’s up to each individual retailer to determine how important it is to reach Hispanic shoppers in their market area, and then to create a merchandising plan that makes sense within the area the store serves. “Understanding the difference in the demographics,” Pomeranc says, “will help you know what to do.”