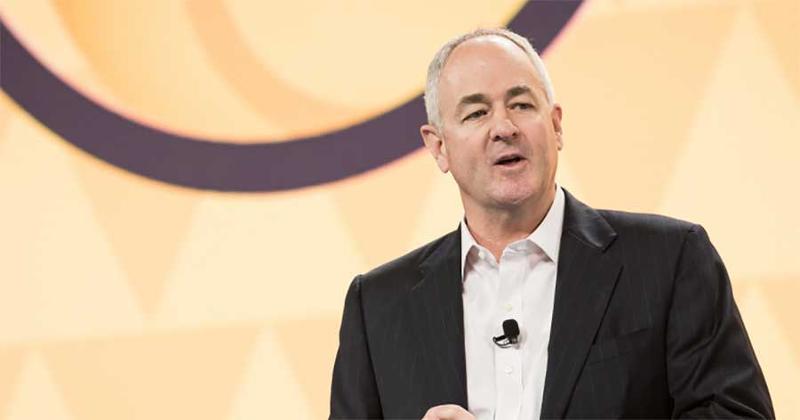 MillerCoors is working to get its business “back on track” by upping investments in TV ads such as new holiday spots for Miller Lite while changing its ad agency roster and making other leadership changes, CEO Gavin Hattersley said.

In September, the company eliminated about 350 salaried positions as part of its restructuring plan and also launched a search for a new chief marketing officer. Ad agencies for the brewer’s Blue Moon and Leinenkugel’s agencies have since changed.

“We weren’t kidding when we said we need to move faster to get our business back on track,” Hattersley said. “We’ve thought long and hard about what that requires, and we need to be decisive to bring it about.”

Hattersley said that part of that strategy includes pointing out in TV spots that the mountains on Coors Light cans turn blue when cold, which is “something that actually matters to drinkers” but many are still unaware of.

Additionally, the new agency decisions will bring Coors Banquet marketing, which is now run by Mekanism, in a “more digital direction,” and the company is working with Energy BBDO to turn around a “disappointing performance” in its Redd’s brand.

“It was a hard year. There’s no question about that. But I can say that as a team we made an effort to understand where we made missteps and course correct,” Hattersley said. “We have a long way to go before we can declare victory, but I think we are in a better position than we were.”

Hattersley said significant strategic moves in 2019 would include “going bolder” to continue the momentum of Miller Lite and increasing investments in above-premium offerings. He said MillerCoors would launch its first national media campaign for Peroni and make a “big push” behind Leinie’s. The company also has plans to test a craft light lager, Saint Archer, and launch a sparkling cocktail brand, Cape Line Sparkling Cocktails.

Stella Artois created a robot that acts as a bartender and house cleaner for overwhelmed party hosts.

BART (Bartending Automated Robotic Technology) is an attachment that fits onto any robotic vacuum and includes a custom tray that holds up to four Stella Artois bottles or chalices, a specially designed cup holder that keeps the beer from spilling as the vacuum moves and a bowl to hold party snacks.

“Everyone can relate to hosting a holiday party and spending more time running around or cleaning up than actually enjoying spending time with their friends and family,”said Lara Krug, VP of Stella Artois. “So this year, Stella Artois decided to make our consumers’ lives a little easier by introducing BART.”

The robots were originally sold for $19.99, but are currently sold out. However, the blueprints are available for download for those who want to create it themselves at home.

A Columbus, Ohio, Meijer is now the second in the state licensed to sell high-proof spirits and has added more than 950 items covering 10 spirit categories.

The first Meijer store in the state to be named a contract liquor agency was the Lima location, which received its licensing in early 2017. Amanda McVay, group VP of grocery for the Grand Rapids, Mich.-based retailer, which operates 40 stores in Ohio, says Meijer is “very appreciative of the opportunity to work with the state of Ohio to offer this to our Columbus-area customers.”

“We believe this enhances the level of convenience they were looking for,” she said.

The Columbus location previously had a contract to sell beer, wine and low-proof liquor. With its new licensing, it has now added more than 600 feet of space dedicated to high-proof spirits, including 120 feet of bourbon, 160 feet of vodka, 64 feet of tequila, 88 feet of world whiskey and more than 50 luxury spirit options.

“We are excited to add this location to our lineup of contract liquor agencies as part of our Agency Expansion initiative,” said Gerry O’Neil, director of agency operations for the Ohio Division of Liquor Control. “We look forward to building our partnership with Meijer to bring Ohioans the high-proof spirituous liquor products they look forward to responsibly enjoying.” 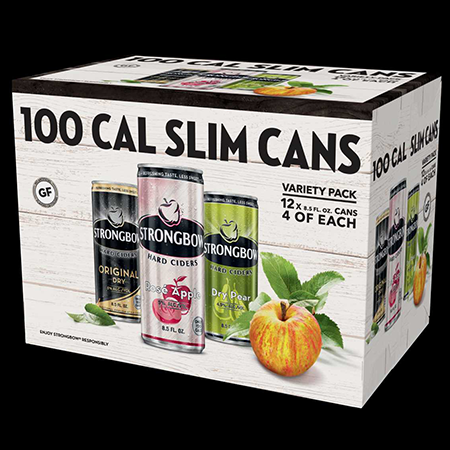 The new line of drinks are “at the intersection of cider, canned wine and hard seltzer,” according to company officials, and will be available in variety packs of 12 8.5-ounce cans, including the new Dry Pear flavor and Rose Apple and Original Dry.

Jessica Robinson, VP of Emerging Brands, said the slim cans meet an “emerging consumer need.” Canned wine has a compound annual growth rate of 290%, and hard seltzers are “booming" and are up 199% year to date.

Robinson added that the new size creates a “better-for-you, full-flavored and fast-selling option,” and the cans are a “Top 20” concept for Strongbow on “purchase intent, liking, uniqueness and believability.”

“We’re including our new Dry Pear in the variety pack to meet the growing popularity of pear flavor products in the grocery channel,” she said. “We’re putting our focus here to source new business from the booming canned wine and hard seltzer segments.”