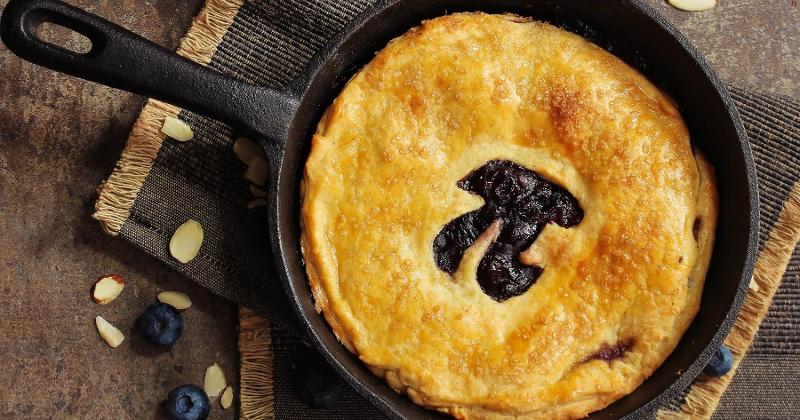 OK, so March 14 isn’t exactly Christmas or Thanksgiving in terms of meal prep for family gatherings. But this date has become, at least for some retailers, a bigger shopping occasion.

Now celebrated as Pi Day, March 14 has been named as such because its date includes the first three significant digits of the mathematical constant pi (3.14)—that numerical expression you hoped you could forget right after high school.

A year ago, WGB dug around the grocery world to find out what independents, regional chains and nationals were baking up on Pi Day.

For starters, Meijer served up 6-inch mini pies to its customers for $3.14 the entire week in stores all across its six-state footprint. Meanwhile out in the Southwest, Bashas’ split their fresh-baked pies in half, offering them at the same promotional $3.14 price while highlighting their wide variety of fresh apple, apple crumb, peach, cherry, pumpkin and blueberry pies for the taking. Publix took to Twitter to mix it up with digital-savvy pie lovers, while Walmart posted videos of cute kids eating whole pie slices as fast as they could.

Pi Day became a thing, officially speaking, in 2009 when the U.S. House of Representatives officially designated March 14 as National Pi Day. What was at first a clever celebration of the mathematical constant soon caught on as a marketing occasion. And even though there already was a “National Pie Day” (Jan. 23 on the calendar) in existence, it did not hurt for grocers, bakeries and doughnut shops who have since used the extra day—which is also, very conveniently, math whiz Albert Einstein’s birthday—as an opportunity to keep pumping up sales.

Capping it all off, Forbes wrote earlier this week that Pi Day is probably here for the long haul, and looks to be bigger than ever.

But even if you’re just catching on to Pi Day, or think this is just another food fad, the fact is that celebratory food events are nothing new.

There’s a whole calendar full of specific food holidays (Popcorn Day, Pancake Day, Ice Cream Day and more). Grocers are also known to make the most out of legitimate food events such as Mardi Gras and St. Patrick’s Day by promoting specialties like King Cake or corned beef and cabbage.

For retailers looking for more creative ways to reel shoppers in, Tax Day (April 15), Star Wars Day (May 4th—Get it? “May the 4th be with you”) or Cinco De Mayo (May 5) are all right around the corner and awaiting tasty promotions. Even if they are short-lived and mildly kitschy, such celebrations are simply smart business.

Pumping What Customers Are Excited About

Our country has always been awash in special promotions related to sporting events. Each year, the Super Bowl becomes the most watched annual TV event and people buy tons of food for home gatherings. Weeks later, March Madness halts productive work in offices nationwide as both college basketball diehards and passive hoops fans fill out their brackets to win a few bucks or just for bragging rights. For fans of the old “national pastime,” MLB's Opening Day has become another reason to stop the world.

As such, Kansas City-based Price Chopper has long been in cahoots with their beloved Kansas City Royals on all kinds of food specials and promotions. Out in California, Smart & Final pumped up the Los Angeles Dodgers last April to celebrate their local team’s Opening Day. And in Ohio, Kroger maintains season-long specials from opening day in April through October, while also staying plugged in with Cincinnati Reds fans and its Kroger Fan Zone ballpark. For certain, Price Chopper’s people were ecstatic when the Royals won the 2015 World Series, while everyone one in LA is still rooting for the Dodgers to claim their first crown since 1988. But everywhere, sports is something that consumers are passionate about. Buying into what shoppers (and fellow fans) cherish is a no-brainer.

Fake It Till You Make It

Now, back to those “fake” or frivolous holidays.

If Pi Day exists for no other reason than to sell apple pies (and perhaps pizzas too), then it’s a good thing for retailers to keep doing it. Remember Sweetest Day? This so-called holiday was concocted back in 1921 by candy industry executives to sell more candy. You can probably even name a few other “Hallmark holidays,” such as Grandparents' Day, Boss’ Day and International Men’s Day. You didn’t really think men once marched in the streets for their own mid-November holiday, did you? Rather, it was a holiday devised to sell more greetings cards.

Outside the grocery realm, other occasions around commerce are looked at with more appreciation and admiration. For example, small records shops have started to blossom and tap into April 18, also known as Vinyl Record Day, as the niche retailer sector itself has made a huge comeback in recent years. Likewise, small businesses nationwide have come to cherish the Saturday after Thanksgiving, also known as Small Business Saturday, as a means to ring up sales, promote gift giving and to build relationships with people who love to shop local.

Going forward, we shouldn’t be surprised when grocers find any good reason they can to celebrate food or even fun traditions simply to connect with customers. Pi Day may be only one day, but it’s easy lifting for grocery retailers to leverage as a successful bakery promotion.

Maybe someday if Sept. 19, otherwise known as Talk Like a Pirate Day really takes off, might we be able to expect more tasty fish and chip promotions at our local grocery stores? I’ll start warming up my best “Arrgh” and pet parrot for a 10% discount, just in case.

Chicago-based writer Andy Frye is a contributor to WGB.