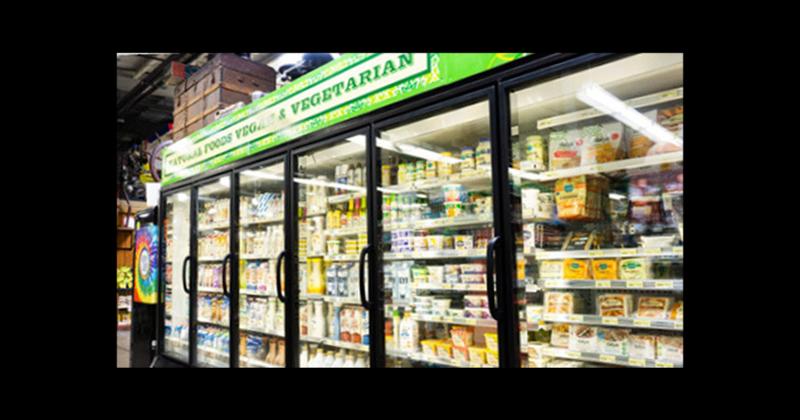 COVID-19, which has upended all aspects of American life, has brought with it a bonus: It has boosted sales of an already growing category—plant-based foods.

Panic buying early in the pandemic, more cooking at home and a focus on health at a time when it’s of a premium have helped plant-based foods reach the masses.

And it’s resonating across all categories. Each plant-based food category started the year stronger than at the end of 2019, according to the Plant Based Foods Association (PBFA), San Francisco. Overall, it says, plant-based foods are up 11.4%, “and COVID-19 has led to further exponential growth for all categories of plant-based food during the first 16 weeks of 2020,” says Julie Emmett, senior director of retail partnerships for PBFA.

In the longer term, launches of these products have grown too. Products claiming to be “plant-based,” “100% plant,” “plant-powered” or to include “plant protein” grew by 51.4% between 2018 and 2019, according to Netherlands-based Innova Market Insights.

This all trickles down to great opportunities for center store, both on the shelves and in the freezers. The top categories for shelf-stable products are cold cereal, chocolate candy, fresh bread and rolls, snack/granola bars, snack nuts/seeds/corn nuts and salty snacks, according to market research firm IRI, Chicago. In the freezer, it’s frozen novelties, frozen meat and frozen vegetables.

At stores owned by Carlisle, Pa.-based The Giant Co., some of the biggest increases in plant-based options have been in milks, canned meat, pasta and salty snacks, as well as frozen categories such as ice cream, meatless and meals, says VP of Center Store Merchandising Rebecca Lupfer. There’s a lot of innovation, she says, in shelf-stable meat alternatives, such as Good Catch tuna and Gardein soup, as well as typically gluten-based products being replaced with legumes or cruciferous vegetables.

At Harmons, West Valley City, Utah, “some of the strongest performing brands are plant-based,” says Grocery Buyer Kimball Wilson, especially chips and snacks like Beanitos. However, “ice cream and novelties are the big winners right now,” she says.

“The top motivation behind plant-based purchases is taste and discovery,” says Shelley Balanko, SVP, business development, The Hartman Group, Bellevue, Wash. “So condiments and snacks make sense; they’re an easy vehicle for consumers to experiment, and they cost less.”

Cool Beans, which is owned by BeyondBrands, New York, has a line of three frozen burritos. A clean label was important to Mark Doskow, chief operating officer and co-founder of BeyondBrands. “It’s very easy to be vegan and be unhealthy; there’s a lot of highly processed food out there,” he says. “We’re looking to offer people a cleaner alternative.”

What consumers are seeking is real, simple, ingredients in products that taste good, says Whitney Bembenick, director of marketing and innovation for Indianapolis-based Endangered Species Chocolate. Those attributes, she says, are more critical than other factors such as organic, natural or clean label.

At the same time the pandemic amplified consumers’ focus on health and wellness it also increased their appetite for comfort foods. “We see a lot of consumer interest in plant-based comfort food classics, like macaroni and cheese, pizza and burgers,” adds Neal.

Amy’s currently offers 135 plant-based offerings, and most recently launched a new line of Vegan Bowls that are recreations of comfort food favorites.

“To a vegan, natural/clean label and organic are extremely important. For someone who is a newer plant-based customer or a flexitarian, natural, clean and organic is not as important,” Lupfer says. But the biggest issue right now is glyphosate-free within plant-based product attributes, she adds

At Harmons, both plant-based versions of animal foods and original plant-based foods are doing well. “Most vegans don’t want meat-like things, and they’ll buy the traditional plant-based foods that are not trying to imitate something,” Wilson says. “The more conventional consumer [wants] the plant-based versions of the animal products, and that’s where we’re seeing the huge increase. It’s about the excitement of brands like Impossible and Beyond and what they’re doing to mimic real meat in texture, taste and price.”

Having said that, plant-based products do seem to have a health halo around them. “Plant-based does not always mean healthier, but rather the perception of healthier,” says Sally Lyons-Wyatt, executive and practice leader, client insights, for IRI.

What consumers are mostly looking for from these brands, Cook says, is plant-based versions of foods that have traditionally been made with animal products, while traditional plant-based products such as tofu, tempeh and seitan are taking “a significant backseat.”

The small brands, says Wilson of Harmons, “are nimble and are passionate about what they’re doing. They often make a quality and clean label because they’re making it for the lifestyle they want to live and that’s the consumer they’re targeting. With big brands it’s more about efficiency.”

Private label is doing well too. According to PBFA, it’s growing by double digits, “driven by retailers launching a plethora of new items,” Emmett says.

COVID-19 may have boosted plant-based sales at retail, but that’s no thanks to in-store demos and samplings, which are not an option for the short term. Instead, Cool Beans is leaning heavily on in-store promotions and BOGOs, as well as social media and blog posts by influencers and engaging content on its own social media accounts.

Harmons gave a big push to plant-based foods in early August, when its entire ad was plant-based. Wilson is such a believer in the small brands, that he waived their advertising fee. “When I look at the innovation of the smaller brands, those are the ones I wanted in this ad,” he says, adding that there was also some promotional spend from the big companies.

Cook of Jungle Jim’s Cook said she expects “plant-based to be one of the biggest consumer trends in the next decade. “The public has an eye on both personal and environmental health, both of which are impacted by the animal-based product industry in different ways,” she says.