There’s a lot of talk about functional beverages these days as more and more consumers embrace a healthier lifestyle.

Naturally functional beverages are expected to significantly impact the beverage industry in the coming year, according to Evergreen Packaging, a company that worked with EcoFocus Worldwide on the annual EcoFocus Trend Study.

A functional beverage is typically intended to offer a health benefit—think sports and performance drinks, energy drinks, ready-to-drink (RTD) teas, enhanced fruit drinks, soy beverages and enhanced waters. And in today’s health-conscious marketplace, there is no shortage of consumer interest in these beverages, nor of options for retailers looking to add or expand the category. 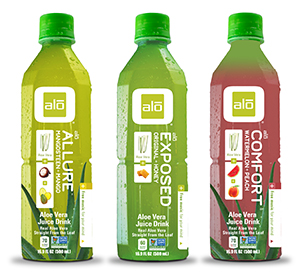 Consumer demand prompted Celsius to rebrand its portfolio in January 2017, and to introduce new lines with the “fitness drink” position: Celsius Heat and Celsius Naturals (which includes sparkling grapefruit and cucumber line), says EVP of Sales and Marketing Vanessa Walker. “We believe counting calories and fad diets are no longer the mindset of the public. People are opting instead to live healthier lifestyles and are moving away from unhealthy food groups, while also detoxing; they want brands that support these philosophies, as opposed to strict calorie-counting regimens,” Walker says. 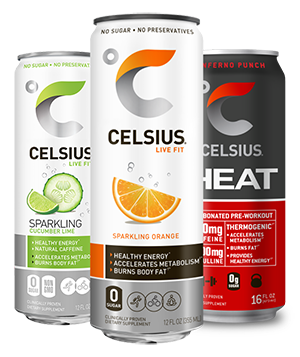 This trend toward functional beverages kicked off with coconut water about a decade ago, says Mitch Compton, co-founder of Coconut Beach, a manufacturer of shelf-stable products including 100% Coconut Water, Coconut Water with Pulp, and Aloe Vera Water with Coconut.

“The market for coconut water, which started about 2007, was probably a precursor to health and wellness as a category,” Compton says. “For two-thirds of the world, coconut water is an everyday beverage, and now the U.S. has turned on to it. … It is a response to people not wanting to drink highly processed, high-sugar beverages.”

WTRMLN WTR is another example of a simple fruit water finding favor with consumers. Launched in 2013, WTRMLN WTR—made from watermelons that must be discarded because of blemishes—met two of the company’s goals. It helped farmers turn loss into profit, and it introduced water derived from those melons to the functional beverage world. In 2017, four new flavors joined WTRMLN WTR’s lineup, which now features original (for hydration), ginger (for hydration and immune system support), tart cherry (for hydration and muscles), lemonade (for hydration and vitamin C) and lime (for hydration and alkalizing), says CMO Jeff Rubenstein.

Another water-based beverage making inroads is Core Hydration, an ultra-purified pH balanced water that matches the body’s natural pH of 7.4 and was developed “to be the next generation of premium bottled water,” says Lance Collins, Core’s founder and CEO. 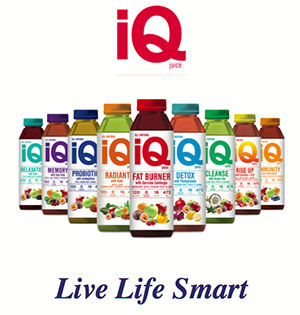 Juice products are also part of the functional beverage landscape. Powerhouse Brands’ line of iQ juice blends, which start with a base of antioxidant-rich, fresh-pressed apple cider and passion fruit juice, is one example. “iQ Juice is about brain health. … All of our nine juice blends are clearly labeled” as to their specific functional attributes, says CEO Dan Ehrlich. iQ Juice Fat Burner and iQ Juice Detox are among its most popular offerings, and a vegan protein juice is set to debut in March.

By all indications, functional beverages are poised to be important players in grocery retailers’ drink inventories. But how can stores merchandise and market these trending beverages in ways that will lead to healthy sales? In-store sampling and POS displays are obvious answers. But greater category success awaits retailers who move beyond those approaches.

“Ask the right questions and understand what makes one brand different from another,” advises Chen of Alo, who says the company has participated with consumer outreach in retailers’ magazines, such as Kroger’s Live Naturally, to help educate shoppers not only about its drinks, but also about the category as a whole. 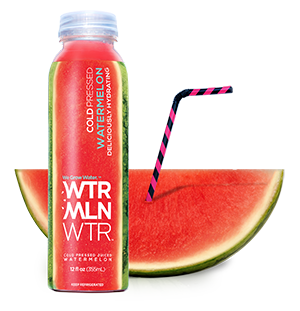 Working with retailers who share WTRMLN WTR’s commitment to community is one marketing approach Rubenstein pursues. “Our ethical sourcing practices and use of ‘ugly fruit’ are making a dent in the food waste epidemic, and this is translating to consumer interest in the brand. A recent study said that 79% of millennials prefer to buy brands that ‘do good,’” Rubinstein says. “We want to partner with retailers on food education, as too many people are in the dark about how to make healthy, sustainable consumption choices that can prevent health problems before [they have to turn to] prescriptions.”

Rubenstein suggests cross-merchandising WTRMLN WTR with watermelons; pairing them with healthy snacks to create a health food destination in-store; and putting cold-pressed, “clean” functional beverages near checkout counters in an effort “to change impulsive buys for junk into smarter choices,” he says.

Using functional beverages in several locations also can help boost center store traffic, Compton says. “The problem now is: How do retailers get customers into the middle of their stores? They can put coconut water in coolers and on center store shelves,” he says, “so there are two places to merchandise and draw people in. Put cases in great places [throughout the store] and on endcaps. Anything you can put in midstore to give shoppers healthy options [in that space] is good for retailers—it is a way to get customers to stop in aisles they don’t normally go down.”

Organizing products by the benefits they deliver is also important, Collins says. “The ultimate question that consumers have when they get to the shelf is, ‘What is this and what can it do for me?’” he says. “Given that, retailers can take the lead by organizing products by key attributes and functionality. Any way to save consumers time while adding value through education will be well-received by consumers, and result in higher sales through the understanding of premium attributes.”