Food packaging once held little more purpose than protecting a product from the elements and catching shoppers’ attention, but the packaging revolution has arrived in full force. Functionality, creativity, digitization and sustainability now reign supreme as the packaging landscape continues to evolve.

Shoppers are most drawn to products that hold the claim of “recyclable,” according to the study “Packaging and the Digital Shopper: Meeting Expectations in Food & Beverage,” which was conducted by multiple companies and based on a survey of 4,000 shoppers. The claim “recyclable” was followed by words that elicit word association such as easy (simple) and colorful (bright and attractive).

On the other hand, according to the survey, shoppers most dislike packaging that is “bulky,” “heavy” and “plastic,” followed by packaging that is poor or low-quality, characterized by words such as “flimsy,” “ugly,” “cheap,” “dull” and “bland.”

Manufacturers are responding to this demand, with many launching missions to not only improve the appearance of their packaging but also ensure it meets modern shoppers’ sustainability values. For example, CPG giant Kraft Heinz, which manufacturers household names such as Lunchables, Ore-Ida, Oscar Mayer and Jell-O, has committed to offering on 100% recyclable, reusable or compostable packaging by 2025.

The company will work with packaging experts, organizations and coalitions to make this happen. Kraft Heinz has already exceeded its goals to reduce the weight of its global packaging by 50,000 metric tons, and Kraft Heinz Europe is working on a recyclable Heinz Tomato Ketchup PET plastic container that is made using recycled material and can be once again recycled to create food-grade packaging.

According to insights from Amherst, Nova Scotia-based Emmerson Packaging, sustainable microwaveable packages are now a possibility with energy-curing technology, which reduces the number of films required for a given package. The process, which is free of volatile organic compounds, creates packaging materials that consumers can dispose of in regular trash; they can rest assured that the package will biodegrade in a landfill, leaving behind only biomass and methane gas.

“These products give consumers the environmental sustainability they’re seeking, with the convenience and quality they expect from a premium product,” Emmerson officials said.

Smaller companies are also popping up with sustainable packaging leading their products’ mission. Grand Rapids, Mich.-based Boxed Water Is Better, for example, has been taking a stand against plastic bottles with its 100% recyclable paper packaging that is free of BPAs and phthalates. It also reduces its carbon footprint by requiring less storage space than plastic and therefore fewer trucks to transport it, the company says.

In addition to sustainability, modern shoppers want foods that fit into their busy lifestyles and offer convenience, be it a full frozen meal that they can pop in the microwave and eat with the provided utensils and eat right out of the packaging itself or something that is specifically designed to take on the road.

To that end, Jeff Gehres, senior director of sales and product development for Holland, Mich.-based Request Foods, predicts a continued increase in trays and dishes that are designed to fit in the cupholders of cars, as well as single-serve bowl meals, which he says have been particularly influenced by Asian flavors and breakfast needs.

Also, Gehres says the growth of the frozen skillet bag meal has been prevalent. “Depending on the size of the bag, the consumer can use some of the components and then use the rest for another meal,” he says.

Recent advancements in microwaveable packaging technology include convenient innovations, such as built-in steam release vents made from microperforations created by a laser; and packaging that can cook different types of food that traditionally required separate cooking times all at once in the same package.

The “Packaging and the Digital Shopper” survey also points out that shoppers’ path to the discovery of new products often starts right in the aisles of their local supermarket. Twenty percent of shoppers said they tried a new product specifically because of in-store taste samples or an in-store display, according to the study.

Twenty-two percent of the shoppers surveyed said they had made recommendations to a friend or colleague based on packaging they had seen on the shelves of a brick-and-mortar grocery store—but to that end, many shoppers are shopping online as they walk the aisles of the supermarket. According to the survey, many shoppers look at a product on the shelf and then search for it online to get more information, compare deals and read reviews. This where the digitization of packaging comes in.

The Digitization of Packaging

A misconception held by many retailers is that shoppers rarely pay attention to QR codes and other on-shelf scannable material. According to the survey, 16% of shoppers have used packaging with an augmented-reality app; 28% use a barcode to look up calories and other information; 23% of shoppers use their smartphones to ring themselves out at the store using a retail store app; and 32% use their smartphones to take pictures of products on the shelf.

One of the biggest players in digitization right now is the SmartLabel initiative, spearheaded by the Food Marketing Institute and Grocery Manufacturers Association, which allows shoppers to gain information—such as an extensive list of ingredients in a product and where the product came from—with a simple scan of a QR code with their smartphone.

Plastic packaging meant to hold six-packs of soda or beer cans have long been an enemy of the ocean, with horrible footage often widely circulated of dolphins, turtles and other wildlife being caught and injured by the six-pack rings.

However, several breweries are working to solve the problem with six-pack holders that act as food for sea turtles and other creatures if the products make their way into the ocean. The edible six-pack rings are made of barley and wheat ribbons that are byproducts of the brewing process and are still strong enough to hold the product. 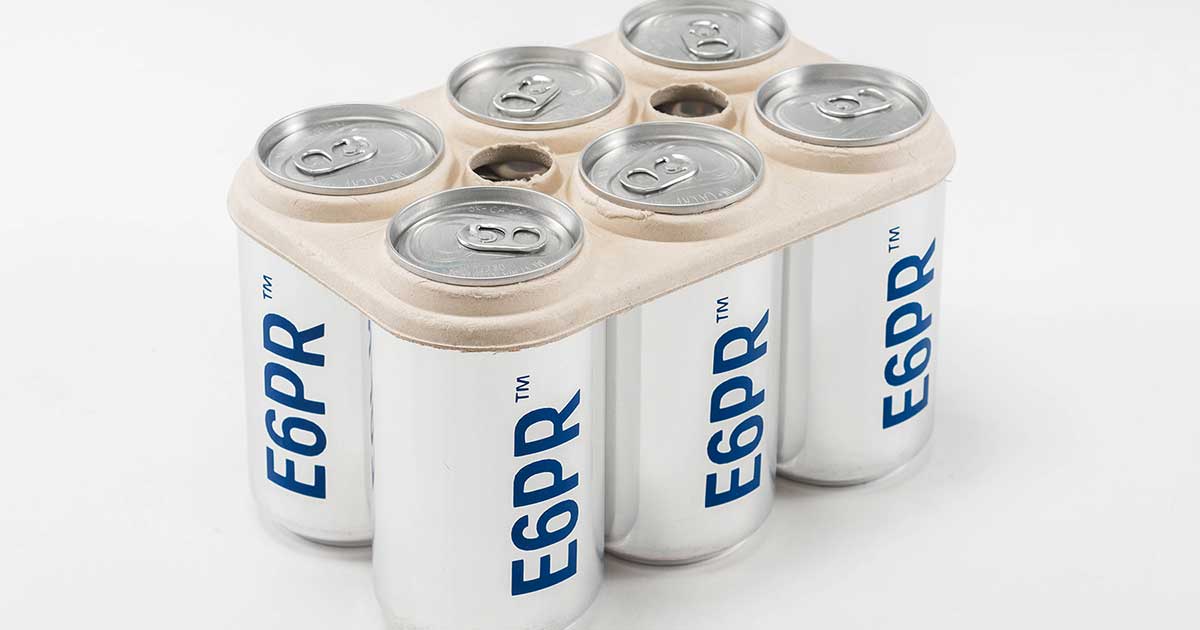 While the six-pack holders at this time are being used only by Saltwater Brewery in Delray Beach, Fla.; Soundview Brewing Co., Old Lyme, Conn.; and Final Gravity Brewing Co., Kalamazoo, Mich., the makers of the technology, dubbed E6PR, urge that if more companies adopt the packaging, it will drive down the cost of its production, putting it in competition with plastic and saving countless animal lives.

What Do Shoppers Look at First?

It may be surprising (or not) that the first thing consumers look at on a package is the last thing manufacturers stamp onto the product, but according to the Packaging and the Digital Shopper, freshness is top of the mind for most shoppers. Here’s the order in which consumers tend to navigate the contents of a package: