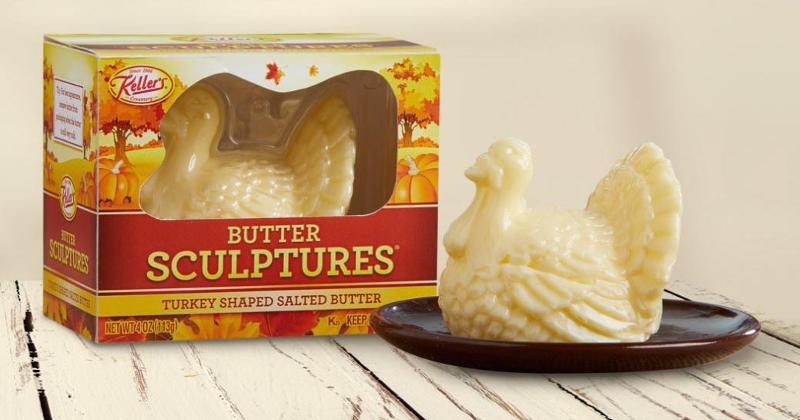 Inspired by Meijer’s list of the five most forgotten Thanksgiving meal essentials, which includes sweet potatoes, cream of mushroom soup, celery, cream cheese and butter and is based on historical data by the Grand Rapids, Mich.-based retailer, WGB editors have come up with their own list of must-haves for their own family feasts.

Premium Potato Peeler: As the designated mashed potato hitter for the annual 25-member Major feast for the past 10 or more years—which has been masterfully (and most blessedly) hosted at my sister’s and brother-in-law’s home for the past 25 or so years—I’ve learned a harsh lesson relying on trade-show peelers I’ve picked up through the years to power me through my potato peeling duty. A premium peeler is the first thing on my list for russet mashed potato bliss.

Keller’s Creamery’s Turkey Shaped Sculptured Butter: While both my sister and I agree that the sculptured turkey butter is overpriced and prone to melting before showtime, the charm and whimsy it imparts is a priceless classic for our Thanksgiving menu. My sister said it best: “Even though we can live without it, I just enjoy looking it at on our family table and knowing it’s there.”

Ham: For my dad, who conscientiously objects to poultry of any kind after being the designated butcher during his youth for my Croatian grandmother’s weekly Sunday roasted chicken dinners.

Thin Mint Candies: Dating back to my own youth, chocolate-covered peppermint candy patties have been a fixture during our turkey day celebrations. Thanks, I believe, to my grandmother, this tradition of placing a dish of these creamy peppermints covered in dark chocolate is a delightfully low-cost decadent holiday treat that is exponentially improved by chilling in the freezer before served.

Sugar: An essential element in many a Thanksgiving staple but most importantly is needed for pumpkin pie as my family found out the year my mom forgot to include it. As she plated it up, she said it looked a little off but she hoped it still tasted fine and plopped the requisite whipped cream on top as she doled out the slices. She and my grandfather dug right in, and it took about two seconds before she threw her fork down and exclaimed, “I forgot the sugar!” We were all rescued from having to eat what was essentially straight pumpkin puree, but my grandfather gamely finished his slice and declared, “It’s not that bad. I’ve eaten worse.” Spoken like a true child of the Depression and a World War II soldier.

Noodles: Preferably homemade, but I haven’t had those since I was a kid, and there are a bunch of good offerings in the grocery aisle now. Leftover turkey is never better than when combined with noodles and leftover gravy for delicious turkey and noodles. My dad would always create his own “bowl” by putting the turkey and noodles on top of the leftover mashed potatoes and stuffing. As a girl who doesn’t like her food to touch, Thanksgiving’s heaping plate has always been a source of anxiety, so the “bowl” idea is a no for me, but the elements individually are a yes.

Cable TV: You have to start the day with the Macy’s Thanksgiving Day Parade, followed by the National Dog Show and finally football. All of this makes great background noise while cooking/cleaning up and an excellent way to turn the conversation when it starts to veer into dangerous territory. Also, after dinner, it makes for some great white noise for napping.

Gas: Or better said, fuel. Thanksgiving means a trip home to Iowa, and the car has to be fully gassed up because the gas stations are a nightmare during this peak travel time.

'Thanksmas' Presents: A bit untraditional, but as my niece and nephew have gotten older and their schedules busier, getting together twice at the end of the year for both Thanksgiving and Christmas has become nearly impossible. So we’ve begun the tradition of “Thanksmas,” where we celebrate both Thanksgiving and Christmas on the same day. So after the turkey (or turkey and noodles as is the case this year) is consumed, we gather around the tree and open our Christmas presents—with football playing in the background, of course.

Beer: But not just any beer. It’s around this time of year that Sierra Nevada's Celebration hits store shelves. In addition to being a very tasty but not overbearing seasonal pale ale—its piney and a little bitter, but doesn’t overpower you with odd notes of cloves or nutmeg as some winter ales can—the rosy red packaging is just gorgeous. Not too cartoony and not too holiday specific, it will make you look good arriving at any holiday event where food will be shared and football will be watched. 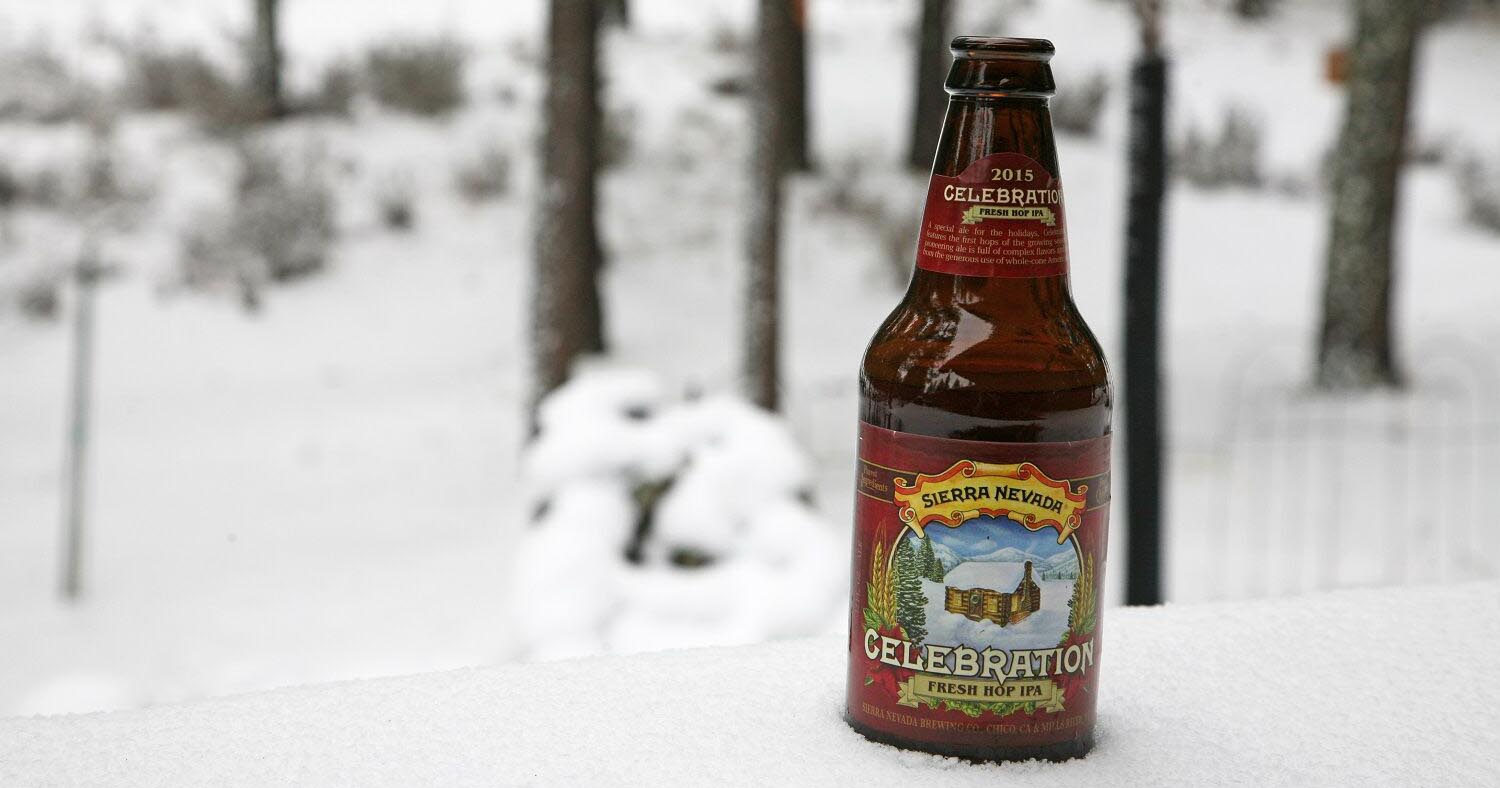 I don’t think the ingredients change from year to year, just the year on the label: Sierra’s been doing this since 1981. If you happen to brew at home, Thanksgiving gatherings are a good place to share them, provided they don’t poison the wrong members of your family.

Olives: This might seem obvious, but olives are a must. While my family serves them with dinner, me, my brothers and my sister—even dad—have been known to dip our hands into the olive bowl while waiting for the turkey to cook. This means we need multiple cans on hand to keep the bowl plenished.

A Jello Mold: My family’s Thanksgiving meal isn’t complete without the raspberry jello my grandma used to make. And as someone who isn’t a fan of cranberry in a can—or even the homemade stuff—this jello is the perfect alternative. Keys to getting the recipe right are fresh raspberries and the ring mold that my grandma used and now my mom uses. I may have to covertly “borrow” it one day, because while registering for my upcoming May wedding, I realized this particular mold is hard to come by.

Games: It wouldn’t be a Thanksgiving without me pestering and corralling my family to the dining table after desert for some family-friendly, and sometimes competitive, games. Any card game will do—Uno, Phase 10 and Skip-Bo—but games that can get loud and rowdy, such as Pictionary, are also enjoyed by all.