Bread has had a rough time in the past few years. The low-carb diet, closely followed by consumers’ avoidance of all things gluten, dealt a harsh blow. But this very traditional industry wasn’t ready to go down without a fight and instead has battled back with innovation, especially for the in-store bakery, which remains a key component for a strong fresh proposition.

In-store bakery sales were $13.8 billion in 2018, according to the 2019 Power of Bakery report from the American Bakers Association (ABA), Washington, D.C. Sales were up 2.8% over the prior year. “The in-store bakery has strong advantages in service, freshness, quality of ingredients and taste, but consumers see in-store bakery items as being more expensive,” says Todd Hale, who worked with the ABA on the report and is principal with Cincinnati-based Todd Hale Inc.

In general, customer perceptions of the in-store bakery tend to be good. Here’s what they’re looking for.

At the three Dorothy Lane Market stores in Dayton and Springboro, Ohio, artisanal bread accounts for about 33% of the bakery category, by far the largest department within bakery. The artisanal bread program started in 1994 but is much more popular now, “because it’s more understood,” says VP of Bakery Scott Fox. The best sellers are French baguettes, boules, sourdough, farmhouse levain bread and loaves made from Turkey Red wheat, says Fox. The top seller is the classic 10-grain bread.

Sales of artisanal bread increased 21% in 2018 to reach $62 million, according to the Power of Bakery report.

In January, The Kroger Co. launched its Simple Truth artisanal bread private label in 2,000 stores. The line includes a buckwheat pave, a rustic Italian batard and a baguette, and prices range from $1.50 to $2.95.

Artisanal products can even be found in the bread aisle. Flowers Foods, Thomasville, Ga., in 2018 introduced a Nature’s Own Perfectly Crafted line, which it describes as “artisan-inspired.” And Bimbo Bakeries USA, Horsham, Pa., introduced The Rustik Oven in three varieties—Artisan White, Sourdough and Hearty Grains & Seeds—which it describes as “artisan bread that lasts.”

In 2018 the Whole Grains Council in Boston found that for 41% of consumers, the taste of whole grains is one of the things that drives them toward choosing whole grains. In 2006, that number was 13%, “so that perception has been debunked,” says Program Director Caroline Sluyter. She attributes the growing appeal of whole-grain breads largely to availability, but it’s not just that. “Consumers are really receptive to messages about health and wellness. And there’s a lot of credit due to innovative manufacturers and chefs who have created products that are craveable and Instagram-worthy and really celebrate the flavor of various grains,” she says.

American consumers are overall looking for bread that’s better for them, says Reed Immer, communications director of Chabaso bakery in New Haven, Conn. But, he admits, “That means different things to different people. It might mean whole grain or high fiber or sprouted grain or long fermentation.” 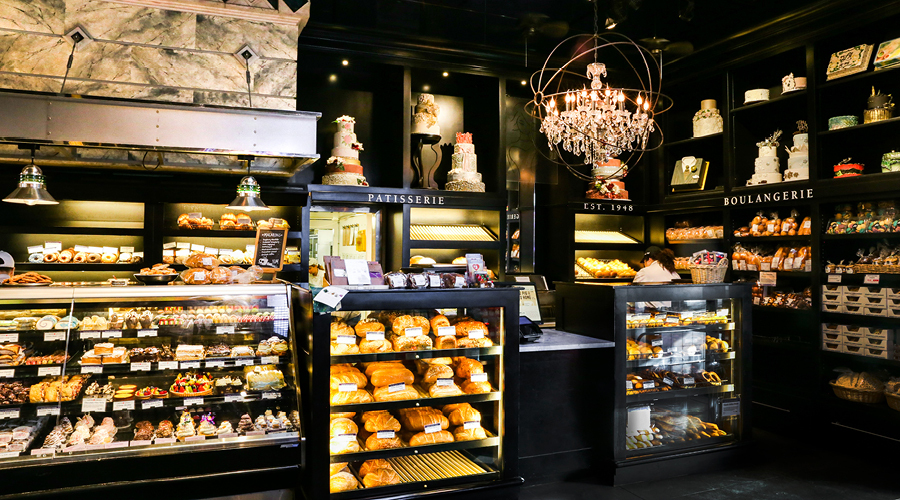 At Toufayan Bakeries, Ridgefield, N.J., sales of whole-wheat products are “very strong” due to their health benefits, especially in the pita and Smart Pockets categories, says Karen Toufayan, VP of marketing and sales.

It’s important that the fresh-baked bread in the Dorothy Lane stores have clean labels, says Fox, and he makes sure to point it out with signage. Customers can buy a half loaf of the preservative-free bread, for which the store upcharges about 10% to cover the labor and the extra bag.

Atoria’s Family Bakery has been using only simple ingredients in its flatbread recipes for 30 years. “Consumers are willing to pay more for food that doesn't contain undesirable ingredients,” says Eshoo.

The company, which makes flatbreads, lavash, pitas and naan, last year changed its name from California Lavash to Atoria’s Family Bakery and decided this was a perfect time to call out its clean labels, opting for a “Real Bread, Simple Ingredients” tag line “since more people are flipping that package over,” says Eshoo. “Consumers are adopting a back-to-basics mindset, focusing on simple ingredients and fewer processed foods.”

The two Harvest Market stores in Fort Bragg and Mendocino, Calif., sell bread from five local companies, says Bakery Manager Wanda Evans. That local bread, she says, “is a huge part of our income. It’s what our clientele wants: clean and no-nonsense.”

Each company delivers on a different day, so customers time their shopping trips accordingly; On Mondays, for example, there are no deliveries, which reflects demand as it’s by far the slowest day in the bakery, Evans says. Additionally, each bakery has its own specialty: One makes sourdough bread, one has loaves with soft crusts, another offers only sliced loaves, one is organic and one grinds its own grains and practices natural fermentation. “People will pay $9 a loaf because it’s quality and they know the person has baked it with a passion and that story is important,” Evans says.

The bakers’ stories are featured in the bread department. Evans had the companies write their own stories and choose how to display them. “I want their signs, their logos and I want them to be showing what they’re doing. Nobody can tell their story like they can,” she says.

Last year, Chabaso started using more regional grains instead of mainstream products. “We wanted to source interesting varietals for their taste,” says CEO Charlie Negaro. In 2019, the company sourced 40,000 pounds of the 200,000 pounds of nonwhite flour it uses annually from the local Northeast. “We’re working with farmers to grow more grain varietals that can fetch them a premium from companies like Chabaso,” Negaro says.

Consumers care about this, says Immer. “They care about the provenance of the ingredients and the journey they took from field to table. They also want to know the story behind products, and that’s part of the consumption experience. It’s something we’re starting to get super excited about,” he says.

Chabaso puts the story front and center on its website. “We see this as being the highlight of us as a leading better-for-you bread brand across the Northeast,” Immer says.

According to Nielsen, sales of naan bread grew 20% in the past four years, significantly more than any other category besides brioche (up 88%).

At Toufayan Bakeries, naan bread and tandoori flatbreads are the best sellers, with consumers looking for “something different,” says Toufayan. To further boost the appeal of these products, the company released tandoori flatbreads (as well as pitas and its Smart Pockets) in whole-wheat versions.

“The naan and tandoori flatbreads are considered more indulgent, yet do very well. It’s all a question of balance and targeting the right occasion and the right audience,” she says.

“Innovation is key to success in the bread category,” says Toufayan. “While staples will always be the foundation of the business, consumers want to treat their family to something different.”