Customers visiting The Fresh Market can’t escape the fact that the stores sell their own brand of coffee and that there’s a constantly rotating selection of seasonal flavors. The Greensboro, N.C.-based retailer offers 2-ounce pours of the latest seasonal medleys just inside the entrance, “which gets people excited,” says Dwight Richmond, director of grocery merchandising for The Fresh Market. “The aromas give people a warm welcome.” 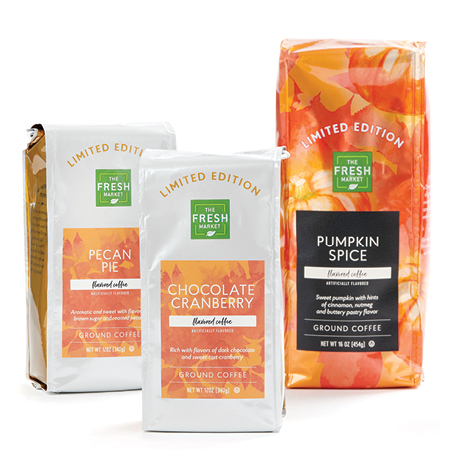 It’s not just the changing flavors that makes this program successful but also the fact that the beans are sourced from Portland, Ore., “which gives us a point of differentiation,” Richmond says. “We found the best roaster we could.”

Customers wait expectantly for their favorite flavors to return to stores, especially in the fall, Richmond says, when the season’s crisp weather and thoughts of hearth and home for the holidays make favorite fall flavors such as pumpkin spice, hazelnut, cinnamon-hazelnut and molten chocolate a popular choice. Starbucks’ seasonal offerings also heighten customers’ expectations, he says.

Having a point of differentiation is important for coffee and tea these days. Sales of both are increasing, and new products are continually entering the market, meaning there’s more competition than ever. Retail tea sales have increased at a compound annual growth rate (CAGR) of 3.8% since 2013, and coffee sales have increased by a CAGR of 4.8% in the same time, according to Rockville, Md.-based Packaged Facts.

For tea, sales are being driven by ready-to-drink products, according to Packaged Facts, especially refrigerated types such as kombucha, which have a health halo and comply with consumer desires to avoid sugar. Growth in the coffee market is largely attributed to single-cup coffee and ready-to-drink coffees.

In terms of differentiation, many brands are sharing their story on their websites, on packaging or through social media, says Shelley Balanko, SVP of business development for The Hartman Group, Bellevue, Wash. She cites brands such as Elephantea, The Republic of Tea, Four Sigmatic, Deeper Roots Coffee, Verve and Joe Coffee Co. as examples of this.

“Storytelling is key,” says Peter Goggi, president of the Tea Association of the USA in New York. “Tea has a great story to tell, from its history, countries of origin, manufacturing techniques and unique flavors to its varied colors and shapes. Tea satisfies consumers’ need to know as much as they can about what they are eating and drinking.”

Base: 1,578 internet users ages 18 and older who have purchased any tea drink in the past three months
Source: Lightspeed/Mintel
* Among consumers ages 22 and older

Consumers are interested in many things concerning coffee and tea, says Balanko, including production and sourcing, how the beans or leaves grew, the terroir, growing conditions, certifications such as organic or biodynamic, and support of social welfare platforms such as Fairtrade. “All of these things ladder up to an improved consumption experience,” she says, which has turned coffee and tea into premium beverages—a far cry from the commodity items they used to be.

Differentiation is also being made in terms of what tea and coffee can do for the consumer. According to The Hartman Group’s Modern Beverage Culture 2018 report, 44% of consumers say they want their beverage to do something for them.

Teas are being mixed with other botanical ingredients to help with problems such as stress or insomnia, and adaptogens have been in the spotlight for reportedly being able to help relieve stress. This has led to the launch of products such as Clevr Blends’ chai, coffee and matcha SuperLattes with adaptogens, probiotics and superfoods and Rasa’s Adaptogenic Coffee Alternatives.

Richmond of The Fresh Market thinks teas and coffees touting health benefits are going to grow. “People are looking for ways to better their mind, their body,” he says. “You see that with the rise of kombucha and better-for-you beverages to get away from the vitamin bottles and begin to get whole health through whole foods.”

Vahdam Teas has noticed consumers are steering more toward its healthier blends, such as matcha and teas containing turmeric. Its recently launched turmeric superfood blends have been “chart-toppers,” says Archit Kaushik, brand marketing head for the New York-based company. 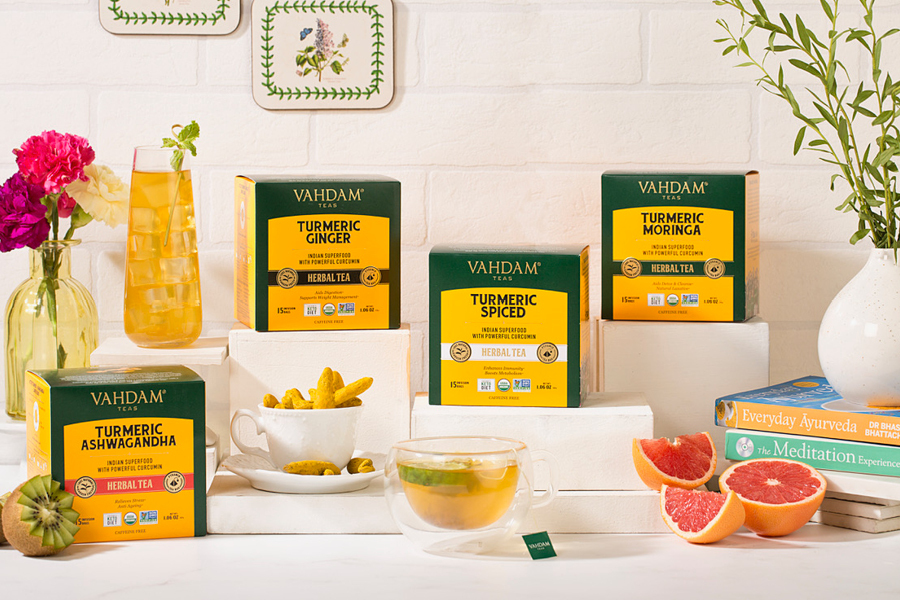 “Consumers gravitate to teas and coffees as ideal wellness beverages because they offer varied functionality, emotional and physical, with plenty of room for indulgence,” says Balanko, of The Hartman Group.