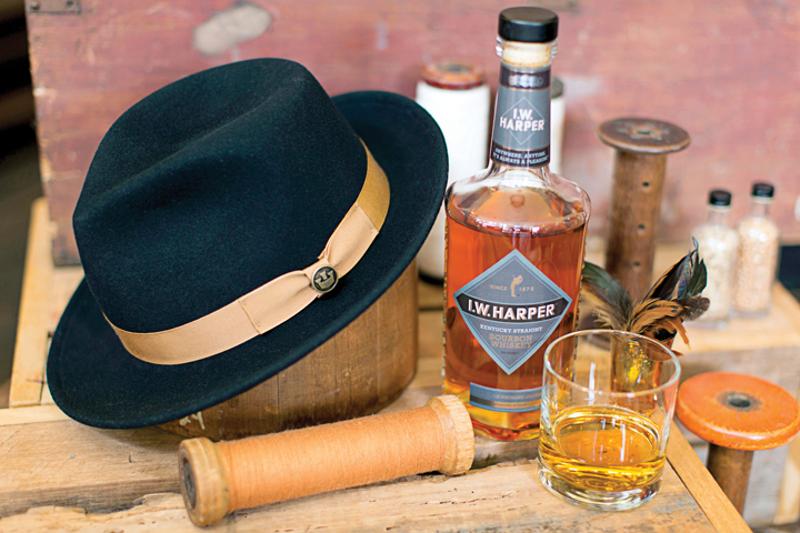 Spirits are being raised in the alcoholic beverages department, as liquors continue to grow in popularity, volume and sales.

“Liquor sales continue to outpace that of beer and wine on both a volume and dollar basis across all off-premise trade channels,” says Bump Williams, CEO and president of Bump Williams Consulting, based in Shelton, Conn. Williams attributes the growing popularity of spirits to the growth of craft distillers (1,200-plus and growing); appreciation of brown spirits like bourbon, Scotch and moonshine; craft brewers introducing craft spirits; major brewers raising the prices of beer; and more attraction to female consumers.

Spirits popularity is based on flavor and innovation, says Eric Schmidt, director of alcohol research at Beverage Marketing Corp., based in New York. “Spirits are still growing in the 1.5 to two percent range, kind of outpacing what we’re seeing with wine. Wine is about one percent growth and beer is anywhere from down to up 0.5 percent.”

To maintain growth, distillers are paring down the flavor extensions, especially in the vodka category, says Schmidt. “Distillers are now concentrating on stalwart flavors, like lemon and orange, and staying away from some of the odd flavors, like cotton candy,” he says. “But the big growth continues to be within whiskey. Flavored whiskey brought a lot of people into the category.”

The whiskey category continues to grow, with Brown-Forman introducing a new brand, Coopers’ Craft Kentucky Straight Bourbon Whiskey, to eight states in July. The brand is a tribute to the Brown-Forman Cooperage, which has been making barrels since 1945. Company officials say Brown-Forman is the only major distiller to own a new barrel cooperage and to leverage its knowledge of wood’s impact on bourbon.

“Coopers’ Craft is a bourbon that can only be made by one of the oldest, leading whiskey makers in the world, because what matters most—we do ourselves,” says Heather Howell, director of emerging brands for Brown-Forman, based in Louisville, Ky.

Jameson Irish Whiskey, a brand of Purchase, N.Y.-based Pernod Ricard USA, has introduced Jameson The Cooper’s Croze, as part of its The Whiskey Makers Series, each highlighting a specific part of the whiskey making process.

“Jameson The Cooper’s Croze embodies our unwavering dedication to upholding the craft and heritage passed down from generation to generation at the Middleton (Ireland) distillery,” says Sona Bajaria, vice president, Jameson Irish Whiskey, Pernod Ricard USA. “This is an exciting time for Jameson Irish Whiskey, as we look to celebrate the man behind the barrel, with respect to his dedication and passion shown throughout his unique craft.”

Diageo USA has reintroduced iconic whiskey brand, I.W. Harper Kentucky Straight Bourbon Whiskey, which was first created in 1872, but since the mid-1990s was sold exclusively in Asia. The brand has teamed up with Goorin Bros. to create “The Harper,” a limited edition, premium felt fedora with a whiskey colored hat band and the brand’s “Bowing Man” on the hat interior. Retailing for $160, the fedora is available exclusively at Goorin Bros. haberdashery shops and online.

Diageo’s Smirnoff Vodka brand is reintroducing Smirnoff Peppermint Twist in November as a limited time offering. “Made with natural peppermint flavors, this specialty vodka delivers the mouth-watering taste of sweet candy canes, balanced by the soothing cool of peppermint,” says Jim Sias, director of influencer and advocacy at Diageo, based in Norwalk, Conn.

This year marks the 75th anniversary of the Original Moscow Mule, a classic cocktail made with Smirnoff and Cock’n Bull Ginger Beer. “It revolutionized the cocktail culture as we know it,” Sias says. “In 1941, John G. Martin of Smirnoff vodka sat down at The Cock’n Bull Bar with restaurant owner Jack Morgan. Though both vodka and ginger beer were unpopular choices at the time, they came up with the idea to simply combine Smirnoff No. 21 vodka with Cock’n Bull Ginger Beer and a spritz of lime, and the Moscow Mule was born.”

“Under Recipe 21 we have vodka, gin, tequila, blended whiskies, rum, spiced rum and some flavored vodkas,” says Joe Ragazzo, vice president, director of sales for spirits at LiDestri Food and Drink, based in Rochester, N.Y. “We launched it in Upstate New York about two years ago, and this year we should be hitting up to 75,000 cases of product.”

The Recipe 21 line began as an on-premise well spirit, which was used by the company’s beer distributors to help them get into the restaurant channel. “From there it started creating a call, and people started going to the package stores and asking for it,” Ragazzo says. “We built it in the on-premise, carried it over and created a demand. It is very rare that you see a well item transfer from the well to becoming a big success as a branded product.”

“The first thing people see when they walk into the store is the packaging,” he says. “Then they look at the price. So if we can get them to try the product, we know we have them hooked.”

Craft spirits—made by artisan manufacturers in small batches using local ingredients—are one of the hottest trends in the spirits industry today.

“I think we’re headed to where we’re going to see craft spirits be a big segment of the market,” says Schmidt.

​LiDestri Food and Drink has capitalized on that by teaming with Iron Smoke, an artisan distillery located across the street from its Fairport, N.Y. facility. “We made an investment in Iron Smoke and LiDestri will be representing the sales for Iron Smoke,” Ragazzo says.

LiDestri hopes to eventually introduce the Iron Smoke brand to Metro New York, New Jersey and Connecticut and then gradually expand to other key markets from there.

“Our strategy is not to be a brand that can be found in 30 states because it is artisan and has limited production,” Ragazzo says. “I want to make sure as we ramp up production that we have enough product to service the markets that we are already in.”

That may have to entail a plant expansion if current trends continue.

“To me there is no end to spirits growth,” says Williams. “I think brewers who are trying to make their beer taste like ‘margaritas’ or hard sodas are pushing beer drinkers into the tasteful world of flavored spirits.”