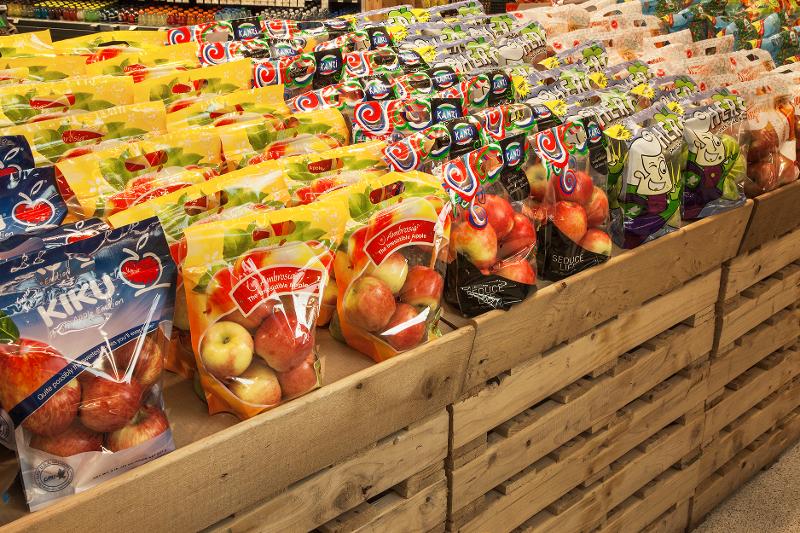 Nielsen FreshFacts data for the most recent 52-week period reveals that CMI has become the No. 1 selling apple brand in U.S. supermarkets based on a 41 percent dollar increase. The FreshFacts brand attribute report compiles all fresh apple brands, varieties and packages sold in nearly 19,000 supermarkets across the United States. It totals the sales dollars generated in the category by company excluding private label and unbranded apples. Previously, CMI was ranked second.

According to Steve Lutz, vice president of marketing for CMI, the report reflects the strong transaction size that CMI products and brands drive for supermarkets. “On average, apples carrying a CMI brand drive an 8.5% higher price than the category average and 44% higher than unbranded apple packages,” says Lutz. “Those larger transactions go right back to driving year-over-year increases in retail performance.”

“Based on this latest report,” says Lutz, “CMI has the best selling two-pound apple pouch bag in the U.S., the top selling four-pound pouch bag, the best selling two-pound pear pouch and the overall number one selling organic apple brand. Each of these programs carries a higher than average retail price point over unbranded or private label apples sold in poly bags and all but a few competitive pouch bags.”

Lutz identifies high-value apple brands and organics as being an important driver of CMI’s success. “Consumers across the country love Ambrosia apples and have discovered KIKU brand apples and Kanzi as well,” says Lutz. “With an average retail of over $2.00 per pound for these apples, every purchase drives incremental dollars for retailers into their category.”

Lutz sees significant opportunities for apple category growth in the years to come. “The reality is the vast majority of apple category dollars are driven by unbranded and private label products,” he says. “Unbranded apple sales declined by nearly 10% over the past 52 weeks while CMI brands jumped by over 40 percent. The evidence is quite compelling that this is the way every supermarket can drive incremental apple category performance.”