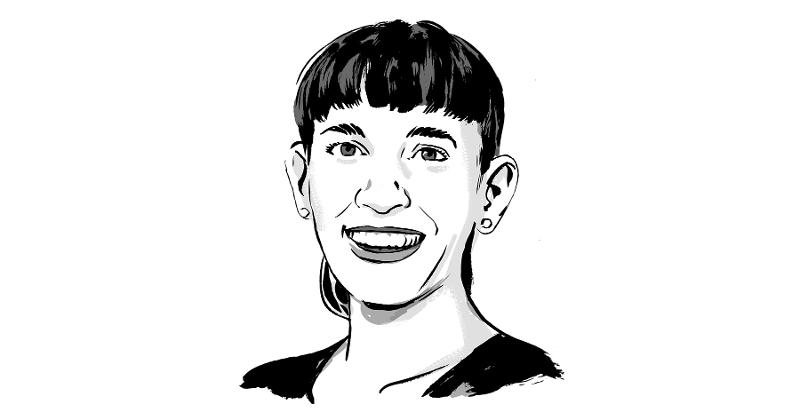 Jon Springer: Upton’s Naturals makes a variety of plant-based items primarily utilizing jackfruit or seitan. What should food retailers know about those ingredients?

Nicole Sopko: Both jackfruit and seitan have been enjoyed as meat alternatives for thousands of years. Inspired by their wonderful history, we have adapted them for the modern palate with familiar seasonings and flavors. Using only simple and recognizable ingredients, both clean-label product lineups are incredibly versatile and great for use in a variety of vegan dishes. Young, unripe jackfruit has a very neutral taste that absorbs flavors well and shreds easily, making it a great whole-food substitute for pulled chicken or pork. Despite its simple ingredient list, seitan has an impressively meat-like texture and is both high in protein and low in fat without the cholesterol associated with meat.

Your packaging and branding, featuring illustrations of mustachioed figures from the 19th century (or perhaps, 21st century Brooklyn), is quite distinct. What are its origins and the meaning of it?

The mustachioed figure is Upton, and he was designed by a friend and local Chicago-based artist named Johnny Sampson. We have a lot of fun with the facial hair on each package and it definitely grabs people’s attention, but there isn’t too much significance to it other than that we like the turn-of-the-last-century aesthetic Upton brings to our packaging. The only way it’s tied to flavor profile in any way is that the Upton characters on both the Traditional Seitan and Original Jackfruit are clean-shaven because they are unseasoned or lightly seasoned.

Do you have any opinions as to where supermarket retailers ought to be merchandising your items? In stores that sell a lot of your stuff, where they tend to do best?

It’s been interesting to see how retailers have experimented with merchandising locations for foods in our category, but it seems like there still aren’t any hard numbers on where products do best. For us, we see the most movement of our products off the shelf when they can be found in a dedicated refrigerated meat alternatives set. There are also a lot of shelf-stable products becoming available now (our Jackfruit is a product that maintains its shelf life at room temperature) that I think in the next few years, an established ambient meat alternatives set will be viable. Right now, consumers are looking in the fridge for products like ours.

What have you found to be the most challenging aspect of cracking the traditional supermarket channel?

There have been a few challenges: One is just waiting for acceptance from this channel of the popularity of and demand for products like ours, but there’s also the issue of where to merchandise these products and also moderating our own growth as a company. Consumers want options, and the recognition of that reality has definitely led to an increased interest in our category from the traditional retailers, but consumers also need to know where to look for these products. If your store adds a meat alternatives section but it’s buried in a corner of produce, consumers might not even know that those products are available. Finally, for us, as a privately-owned brand without investors, we are self-funded and have worked hard to keep our growth reasonable and to agree to only what we can actually supply. This has led to a slower growth model, but also a sustainable and functional business.

What’s been the most effective method for generating trial from new users?

Over the years, we’ve done it all! When I started with the company in 2010, our staff was three production employees, our founder Dan [Staackmann], and me. Dan and I used to get in the car and take long-weekend or even week-long trips driving to visit all of the stores in a given region to thank them for carrying our products and drop off t-shirts and other swag. We would mix in consumer events like Veg Fests and also in-store sampling. For us, I think that word of mouth is still our strongest advertisement, followed by tasty-looking visuals.

There’s been some criticism out there that for all its lifestyle benefits, many meat alternatives are ultimately processed foods. As a founding member of the Plant-Based Foods Association, how would you like to see that debate framed?

I think we need to first define “processed.” When we’re talking about our seitan, a meat alternative made from wheat protein, we often describe it to people as “about as processed as a loaf of bread.” A lot of meat alternatives are this way, they are “processed” in that they are no longer just their raw ingredients, but the preparation and cooking processes they use would not be considered foreign to the average person. Products in our industry are all made of plants that we’re choosing to process simply and efficiently in our production kitchens instead of taking months to do so through the bodies of animals.

Your brand operates a vegan Chicago restaurant (cleverly called Breakroom). What do you recommend we order the first time we visit?

There is no wrong answer here, but I eat the Togarashi Bowl a few times a week.

What was your first job?

I worked at the counter of a local dry cleaner in high school.

Fill in the blanks: I thought the most difficult part of this business would be: standing out in a crowded category, but it’s turning out to be: keeping up with our growth!

Cubs, White Sox or other?

I’m not a Chicago native, so it’s going to have to be the Detroit Tigers!