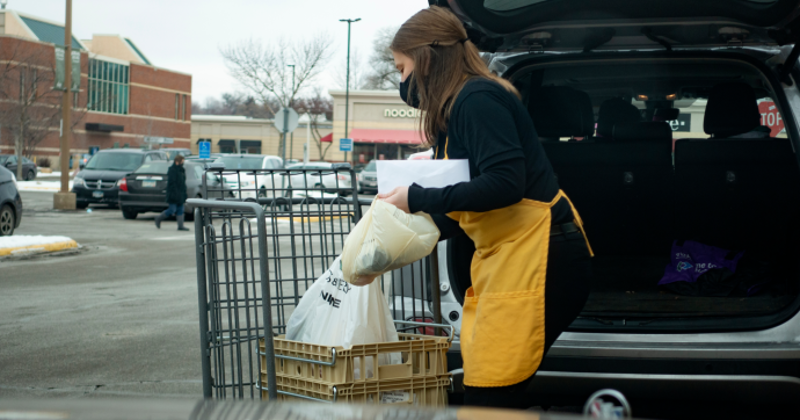 Inflation for consumer goods is running hotter than it has in years—5.4% in September, according to the Bureau of Labor Statistics, with October's national consumer price data due out on Wednesday. Grocers, ever conscious of their typically 1%–2% profit margins (2020 was an exception) and shoppers' sensitivity to the prices for things they purchase weekly, have been cautious in taking pricing even as manufacturer prices have climbed.

But the gap between producer price increases and consumer price inflation has widened throughout 2021, and retailers and grocery shoppers alike are likely to face a reckoning next year, market researcher IRI and RBC Capital Markets suggested in a webinar Monday.

IRI is forecasting CPG inflation in the grocery space to run at 8% for the first half of 2022 and then moderate to a historically still-elevated 4% in the second half of the year, IRI President of Strategic Analytics KK Davey noted. Eight percent would represent a significant acceleration over the 5.3% CPG inflation seen currently—and it's well beyond the 5% threshold past which unit/volume sales of affected goods began to decline in 2007, 2008 and 2011, according to IRI.

"We expect people to become much more price-sensitive" in 2022, Davey said. Consumers mostly have been willing to swallow price increases in the past year-and-a-half both because they needed certain grocery and household essentials for all of the extra time they were spending at home and because federal stimulus payments helped boost household finances, he noted. But the end of pandemic assistance programs; a return to higher spending on healthcare, education, transportation and other non-CPG areas; and inflation's offsetting effect on rising wages means consumers are likely to be more attuned to their grocery spending next year and more focused on keeping it in check, Davey suggested.

What does this mean for CPG companies and retailers? "People are going to begin to trade down as prices increase," Davey said. Already, according to Davey and RBC's Nik Modi, the premiumization trend has begun to decelerate: Consumers are pulling back on their purchases of pricier bacon and premium pet food, for instance.

Where consumers buy their essentials may shift somewhat, too. Dollar stores, warehouse clubs and discounters will be sought-after channels in 2022 as consumers home in on value pricing, said Davey.

This changing landscape may be a boon for private labels, both Davey and Modi indicated. Whether owned brands are able to capitalize on consumers' rising price-consciousness, however, will depend on how well their product lines deliver on the attributes that consumers seek now—among them, specific functional ingredients, dietary alternatives (e.g., nondairy, plant-based), sustainability and more options in pack sizes. And regardless of product category, consumers want to see an assortment of price points for the brands and products they know and trust, Davey said.

Shoppers' appetite for premium products and services won't disappear in 2022, to be sure, Modi pointed out. But their definition of a truly "premium" offering—one they're willing to pay more for—will continue to evolve.

"Premiumization will still work when you provide something others can’t provide," Modi said, adding that he hopes to see heightened investment in research and development from CPG makers in 2022. The CPG industry, he said, needs a renewed focus on innovation and using "real science...to create breakthrough products."

The idea is equally applicable for services, he and Davey noted, pointing to the healthy reception that ultrafast grocery delivery services have seen, especially among more-affluent urban consumers who are able and willing to fork over an extra $10 or $15 for need-it-now convenience.

Ultimately, whatever price hikes they find themselves contending with in 2022, consumers will be seeking out offerings that fit into their once-again busy lifestyles—whether in the form of portioned, portable kids snacks or 30-minute delivery of pizza, milk and beer. "We're at a time when consumers are willing to pay for real innovation," said Modi.