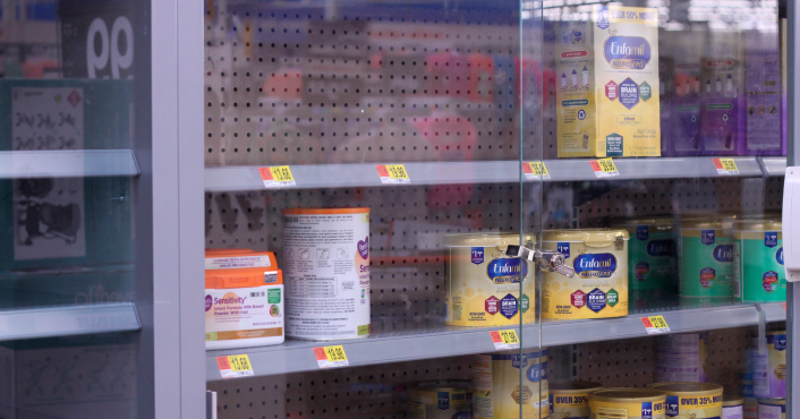 Stockouts of baby formula have surged in the first months of 2022, reaching 31% nationwide in April, according to a new analysis from retail and CPG data provider Datasembly.

After hovering in the range of 2% to 8% for most of 2021, formula out-of-stocks began to accelerate late in the year and hit 23% by January 2022, Tysons Corner, Va.-based Datasembly reported. Since then, inventory shortages have only worsened, and the category is expected to continue to see higher-than-average out-of-stock levels in the months ahead.

"Inflation, supply-chain shortages and product recalls have brought an unprecedented amount of volatility for baby formula," Datasembly CEO Ben Reich said in a statement, adding that baby formula inventories have been among those harder hit by these factors in 2022.

See also: Who's Ditching Their Grocer Over Out-of-Stocks?

For the week of April 3, Datasembly found, 12 major metro areas had out-of-stocks higher than 40%, including three—Des Moines, Iowa; Minneapolis; and San Antonio—with stockouts of at least 50%. San Antonio, at 56%, was seeing the country's most dramatic inventory shortages, according to Datasembly.

Metro areas with baby-formula out-of-stocks greater than 40% for the week of April 3:

The shortages come as food-at-home prices, too, have soared, with grocery prices up 10% year over year in March, the Bureau of Labor Statistics reported April 12. While the BLS does not track formula specifically, its price index for baby food was up 10.8% over the 12 months ending in March.

Chicago-based market researcher IRI has reported that in the face of both inflation and inventory uncertainties, more Americans say they're making stockup purchases. The share of shoppers who report stocking up on grocery items has grown from 30% in September to more than 40% in both February and March, according to IRI. Among those stocking up, concern about possible inventory shortages in the future beat out inflationary concerns as a motivator to buy more now. Further, an Ipsos survey late last year found that some 60% of households with children at home reported recently experienced an out-of-stock that drove them to purchase the item they sought from another retailer.