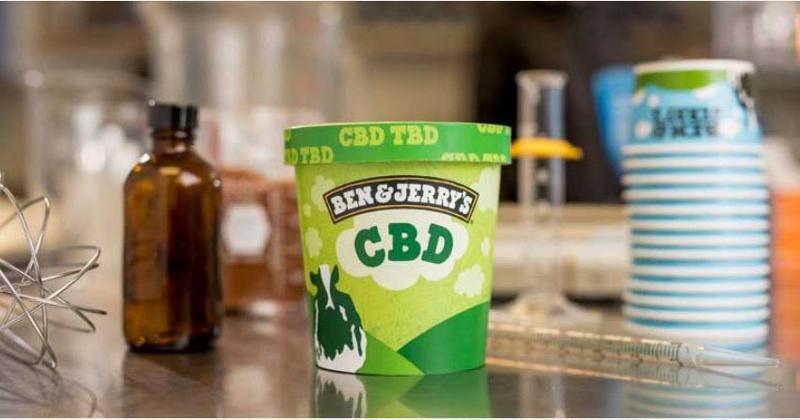 Ben & Jerry’s has become the latest major consumer packaged goods player to indicate a strong desire to get into the cannabidiol (CBD) game, stating in late May that the ice cream maker is “open to bringing CBD-infused ice cream to your freezer as soon as it’s legalized at the federal level.”

“You probably already know that we’re fans of all things groovy,” reads a press release issued on May 30. “So it’s no surprise that we can’t wait to get into the latest food trend: cannabidiol.”

The release cited a survey by the National Restaurant Association, which found that 75% of chefs surveyed listed cannabis-infused foods as the “hot trend” of 2019. Ben & Jerry's CEO Matthew McCarthy indicated that it’s not just chefs but the public at large that’s clamoring for cannabis and CBD products.

“We’re doing this for our fans,” McCarthy said. “We aspire to love our fans more than they love us and we want to give them what they’re looking for in a Ben & Jerry’s way.”

For a CBD-infused ice cream that means using “sustainably-sourced CBD” from the company’s home state of Vermont.

The U.S. Food and Drug Administration (FDA) has authority over adding CBD to any food or beverage products. The agency has yet to create a pathway that would allow manufacturers such as Ben & Jerry’s to sell CBD-infused products. However, the FDA had its first hearings on CBD on May 31 and is accepting public comments on the subject thru July 2.

Ben & Jerry’s has already submitted comments in support of legalization and encouraged its customers to do the same.

The company promised to alert its customers when “CBD-infused pints will be at your local grocery store.”