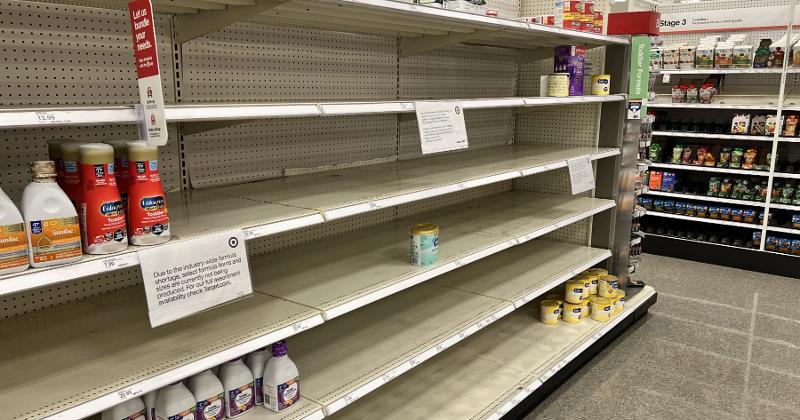 Less than a week after President Joe Biden spoke with leaders from Walmart and Target as well manufacturers Reckitt and Gerber about how his administration can help ease the baby-formula shortage that has troubled families since the beginning of this year, the White House announced two big moves to get more formula in the U.S. and onto shelves.

On May 18, Biden said he will invoke the Defense Production Act to ensure that manufacturers have the necessary ingredients to make safe, healthy infant formula by requiring suppliers to direct needed resources to infant formula manufacturers before any other customer who may have ordered that good.

Additionally, he launched a new initiative, Operation Fly Formula, thatdirects the Department of Health and Human Services and U.S. Department of Agriculture to use Department of Defense commercial aircraft to pick up overseas infant formula that meets U.S. health and safety standards so it can get to store shelves faster.

“Today’s steps further underscore the administration’s commitment to addressing the formula shortage quickly and safely, and the administration will continue working overtime to get more formula to stores as soon as possible,” the White House said in a release.

Inflation, supply-chain shortages and specifically, the closure earlier this year of Chicago-based Abbott Labs’ manufacturing plant in Sturgis, Mich., which produces Similac, Alimentum and EleCare formula products, have brought a lot of instability to the baby-formula market.

The Michigan facility has been closed since February following concerns about bacterial contamination, and just this week, Abbott and the U.S. Food and Drug Administration said they have agreed on next steps to reopen the facility. The company and agency entered into a consent decree that is subject to court approval, but once requirements for startup have been met, Abbott said in the May 16 statement that it could restart the site "within two weeks." However, Abbott said from the time it restarts the site, “it will take six to eight weeks before product is available on shelves.”