Family backing for the existing board and its strategic plan is a key defense against Third Point, which has threatened to install an entirely new board and has advocated for a sale of the struggling CPG giant. Third Point reportedly was hopeful of winning the support of at least some family shareholders, so the announcement was a setback for its efforts.

Bennett Dorrance, Mary Alice Dorrance Malone, Archbold van Beuren and Charlotte C. Weber have all informed Campbell’s board that they intend to vote for the company’s slate of board nominees at Capmbell’s annual meeting next month. Bennett Dorrance, Malone and van Beuren are all members of the current board. All four are grandchildren of John T. Dorrance, who invented the process for making condensed soup, becoming a president and later owner of the Camden, N.J.-based company. 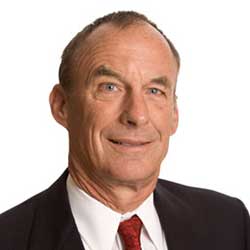 The stance drew a sharp rebuke from Third Point, a New York investment firm holding a 7% share of the company.

“It is hardly news that the entrenched family owners, who have long enriched themselves at the expense of shareholders and the company, seek to preserve their board seats and reign of error,” Third Point said in a release. “Instead of patiently listening to shareholder views, waiting for votes to come in, and respectfully awaiting the verdict of shareholder advisory firms, this group of billionaire heirs and heiresses are attempting to intimidate smaller shareholders by flaunting their inherited voting bloc as an impenetrable moat.”

Third Point has been outspoken about what it called Campbell’s “dismal operating performance.” It petitioned to take over the board after rejecting a strategic plan forwarded by interim CEO Keith McLoughlin last month.

Campbell’s has been scuffling amid a downturn in packaged goods sales, and the disappointing performance of some strategic acquisitions made under CEO Denise Morrison, who was ousted earlier this year.

McLoughlin has proposed dismantling the company’s fresh and international divisions, selling brands such as Bolthouse Farms and Garden Fresh, and refocusing the company around its snacks and simple meals businesses, where it owns No. 1 or No. 2 market share in categories such as soup, salsa, Italian sauce, pretzels, crackers and kettle chips. Its brands include Goldfish, Prego, Snyder’s, Campbell’s, Lance and V8.