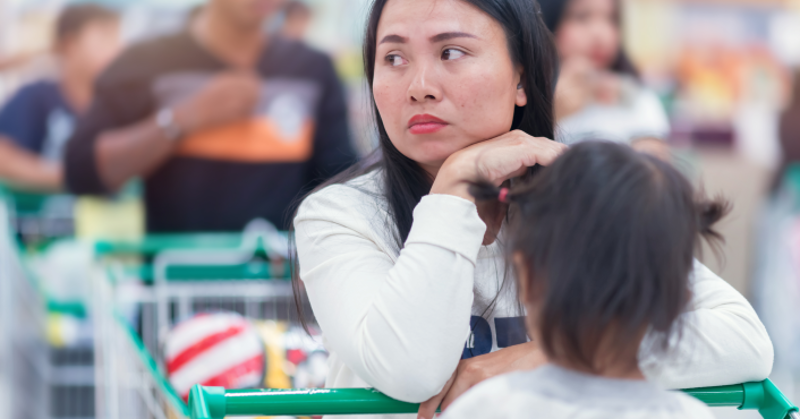 The resurgent COVID-19 pandemic and higher retail prices took a toll on U.S. consumers' confidence in August, with consumer sentiment tumbling to a level not seen in a decade, according to data from the University of Michigan.

The university's Index of Consumer Sentiment stood at 70.3 in August, down 13.4% from July and down 5.1% from August 2020. Consumers' assessment of the economy this month was worse than it was in the early months of the pandemic.

Moreover, consumers' views of their financial prospects for the coming year were worse still than their take on current conditions. The dimmed outlook was seen across geographic regions and demographic groups, noted Richard Curtin, chief economist for the University of Michigan Surveys of Consumers.

"Consumers' extreme reactions were due to the surging Delta variant, higher inflation, slower wage growth, and smaller declines in unemployment," Curtin wrote in the consumer sentiment survey's monthly report, released Aug. 27. "The extraordinary falloff in sentiment also reflects an emotional response, from dashed hopes that the pandemic would soon end and lives could return to normal," he added.

Executives at Walmart and Target earlier this month indicated they hadn't seen a significant shift in consumer behavior in recent weeks as new COVID-19 case counts have again climbed across the country and a number of large employers, including Google, Apple and US Bank, pushed back their return-to-office plans. Both mega-chains said in quarterly earnings calls that back-to-school sales so far have been strong and store traffic remains higher than it was early this spring, before COVID-19 mitigation measures were fully eased in many cities.

Since the University of Michigan began its monthly consumer sentiment survey in 1978, only six other months have seen a greater falloff in sentiment. Curtin noted that one of these came in September 2005, following the devastating hit of Hurricane Katrina in late August of that year. While a sharp decline in consumer sentiment does not necessarily portend a similar economic downturn, the emotional impact of major events can affect consumer spending for some time, Curtin stated.