Hormel Foods Corp. has announced that Jim Sheehan will retire as EVP and CFO after 43 years with the company. Jacinth Smiley, group vice president of corporate strategy, has been named his successor and will become the company’s next EVP and CFO, reporting to Jim Snee, chairman of the board, president and CEO.

Sheehan’s career at Hormel Foods spans more than four decades, including the past five years as CFO for the company’s global operations. Sheehan plans to retire at the end of the calendar year.

“On behalf of the board of directors and the entire Hormel Foods team, I want to thank Jim for his leadership and dedication to this company and its people over the last 43 years,” said Snee in a statement. “Jim has led with a steadfast focus on building a world-class financial, accounting and technology organization. His leadership has included the highly successful implementation of Project Orion, and the acquisition and financing of Planters—the largest acquisition in the company’s history. 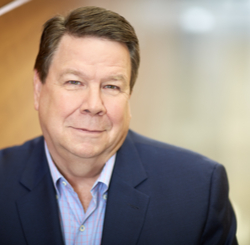 “Equally impressive as his career with the company are his contributions to causes and the community,” continued Snee. “Jim was instrumental in establishing Inspired Pathways, a groundbreaking initiative that extends free college tuition to the children of Hormel Foods team members. His contributions are immeasurable, and we wish him a long, happy and well-deserved retirement.”

Smiley joined Hormel Foods in 2021 as group vice president of corporate strategy after two decades in financial and accounting leadership at LyondellBasell, General Electric and others. Since joining Hormel Foods, Smiley has been leading the company’s overall corporate strategy while serving as a member of the senior leadership team. As CFO, she will lead all aspects of the Hormel Foods financial strategy, performance, reporting and long-range business planning, as well as investor relations, treasury, tax, accounting and internal controls. Smiley will also oversee the company’s information technology area.

“As we planned for this transition, we actively sought someone with Jacinth’s skills, experience and commitment to our strong company culture. She is an impressive strategic and financial executive with deep and broad experience in corporate finance, public accounting and compliance,” Snee said. “Jacinth has significant long-term strategic planning experience in complex global organizations, which will be important as Hormel Foods continues to focus on growth in international markets. I am excited to watch the continued evolution of our finance acumen under her leadership as we execute our growth platforms and strategic imperatives, and continue to deliver value to our shareholders.”

Sheehan’s career with Hormel Foods began in 1978. Over the years, he held various management and leadership positions in accounting and finance for the company. In 1998, he became the president of Hormel Financial Services and a year later became treasurer. He advanced to VP and controller in 2000. He was named chief accounting officer in May 2016 and assumed the role of SVP and CFO in October 2016. He was named EVP and CFO in 2019.

Prior to joining Hormel, Smiley was VP and chief accounting officer for LyondellBasell, one of the largest plastics, chemicals and refining companies in the world. She spent 20 years with General Electric in various roles across multiple industries, rising to CFO for GE Oil and Gas North America. In addition, she held other senior roles within GE Capital and GE’s industrial businesses. Smiley began her career at Arthur Andersen and then joined United Technologies, where she worked throughout the United States, Europe, Middle East and Asia, ultimately becoming the finance manager of United Technologies’ regional treasury center in the U.K.