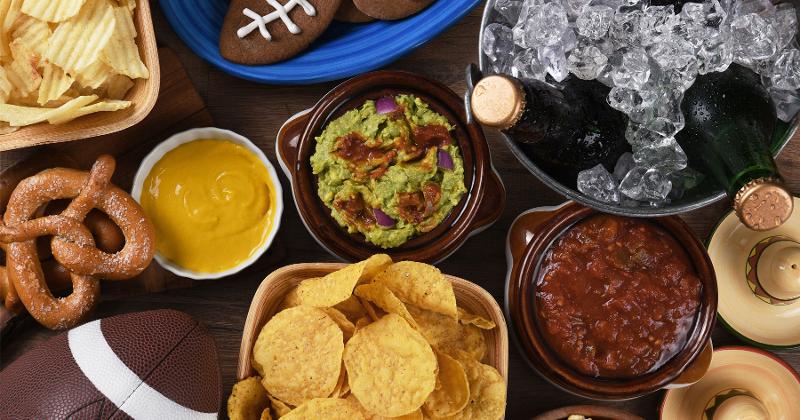 With the Super Bowl mere days away and more Americans planning to host a Big Game gathering this year, grocery retailers and CPG companies alike are hustling to meet consumers’ appetite for celebration and seize the snacking-centric moment. Here’s a look at how shoppers’ grocery baskets are shaping up in a heated inflationary environment ahead of game day.

5.4%: How much more the average Super Bowl celebration will cost in 2022 vs. a year ago, according to new data from Datasembly. Frozen wings and national-brand potato chips are among the items that have seen the biggest price hikes since 2021 (with prices for both up more than 10% year over year).

72%: Percent of adults planning to buy their Super Bowl snacks at a grocery store this year, up 5% year over year, according to Frito-Lay North America’s fifth annual Frito-Lay U.S. Snack Index. Eight percent said they’re planning to order snacks online for delivery, and 7% said they plan to buy their Super Bowl essentials from a convenience store.

17%: Percent of the 2,210 adults that Frito-Lay surveyed who said they’re planning to host a Super Bowl gathering this year, up from 7% last year.

65%: Share of Super-Bowl-watching adults surveyed by The Harris Poll for Instacart who somewhat or strongly agreed that boneless chicken wings are glorified chicken nuggets.

99%: Share of those who plan to eat chips as part of their Big Game festivities, with tortilla chips (76%) edging out potato chips (70%) among chip preferences, according to Instacart’s Snacktime Report.

43%: Percent of those surveyed by Kroger’s 84.51° data and media company who said they’ll be serving up homemade appetizers at their Big Game gathering. A somewhat smaller share indicated convenience is king: 35% said they’ll serve premade varieties.