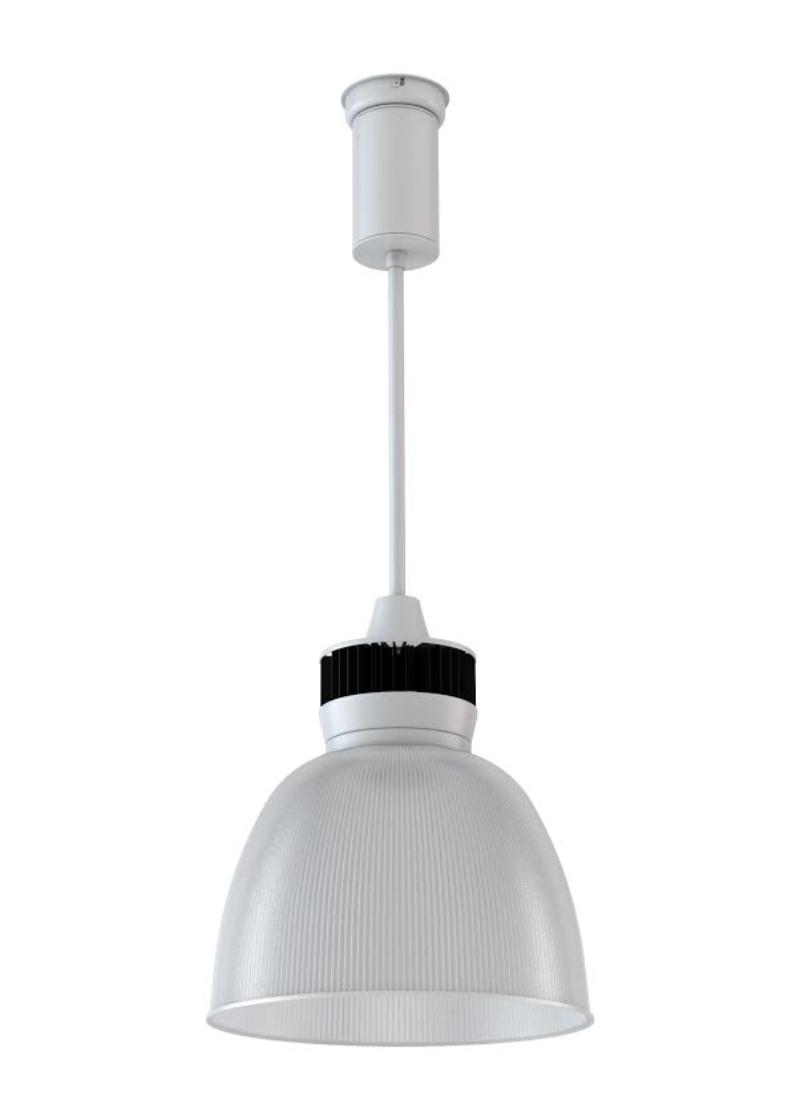 “The NITRO A16 LED line has been re-engineered to utilize high-powered LEDs with an elegant balance of aesthetics and performance for retail stores, supermarkets and other commercial environments,” says Amerlux CEO/President Chuck Campagna. “NITRO A16 proves to be a great replacement for conventional lighting such as Metal Halide and Fluorescent lighting applications but with more options in color tones, output control and beam spreads.”

Constructed with an extruded aluminum heat sink and driver enclosure, the acrylic pendants utilize a CoB LED offered in a CCT ranging from 2700K to 4000K and a CRI in 83 or 92 for color critical applications. NITRO A16 delivers a lumen output from 2100 to 6300 in beam spreads 35-degree flood to 65-degree very wide flood, all with 50,000 hours rated life. The fixtures come standard with 0-10v dimming or optional Triac/ELV dimming (27w, 36w and 51w only) and operate with an electronic constant current LED driver on 120v or 277v systems.

The pendants mount with busway, canopies and c-clamps. Various stem lengths, ranging from six inches to 10 feet, are available in one foot increments between the driver housing and LED housing.

NITRO A16 LED pendants are offered in White Texture, Black Texture and Silver Texture finishes, as well as over 200 powder coats and RAL colors.