The sky’s the limit for grocers looking to reduce the amount of energy and waste they create, which is a mission that is not only good for the environment but can also save money.

With Amazon pushing the grocery industry toward investments in improved customers experiences such as frictionless checkout, better inventory management and a unified commerce strategy, the “market is moving at a tremendously rapid pace to adapt,” says Jerri Traflet, senior marketing executive for retail for Cleveland-based General Electric (GE). Grocers are not only looking for ways to be greener, she says, but also “gain operational cost reductions to enable further capital investments in new solutions and technologies that will improve customer experience.”

But with so many bells and whistles involved in upgrading a store’s facilities, where is a grocer to start? Gary Kral, energy specialist for Worcester, Mass.-based World Energy Efficiency Services, says working with an auditor or other partner can make a world of difference when tackling the daunting task. Also, he says, auditors have nothing to gain from overestimating the energy and monetary savings a retailer will see if they make certain investments because that would reflect poorly on the auditors themselves. 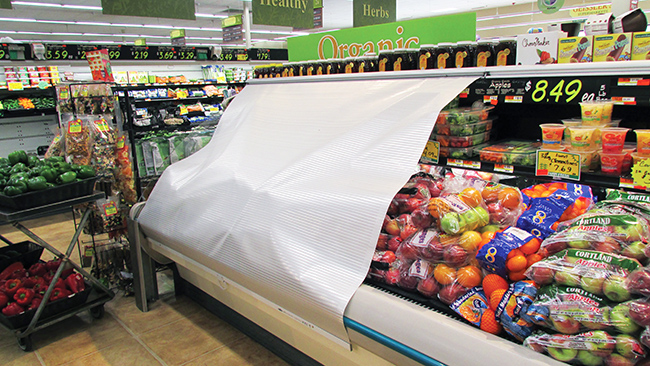 Ryan Adelman, executive sales director for enterprise solutions at Centrica Business Solutions, sister brand to Direct Energy, says that while grocers who own only one or two stores can start with the “low-hanging fruit” such as outdated lighting and refrigeration systems and go from there, those who own multiple facilities should “find a partner who can look holistically across their entire portfolio” to turn a lot of little projects into one large one, because typically these projects are large enough to get C-suite buy-ins and other financiers so the financial burden is not solely on the supermarket owners.

Government incentives and financing options can also save retailers a pretty penny when used correctly. For example, World Energy Efficiency Services gave one retailer’s seven Connecticut grocery stores a $1.53 million energy-efficiency makeover, saving them 1.96 million kilowatt hours of energy and earning them more than $888,000 back in incentives.

To accomplish these dramatic energy savings, World Energy Efficiency Services has a staggering number of solutions for grocers, including updating shaded pole motors or permanent split capacitor motors with ECMs (electronically commutated motors), which Marie Westbrook, energy specialist and programming administrator, says can save retailers up to 60% on energy usage; door heater controls that turn cold case heaters on only when necessary to reduce condensation, instead of constantly running; CO2 sensors that monitor how many people are in a store based on CO2 readings and adjusting air temperatures accordingly; building automation that puts systems such as HVAC and lighting on schedules; motion-controlled lighting; and even eco-friendly hand dryers in the bathrooms that use a high-speed fan instead of heat.

Technology is on retailers’ sides when it comes to reducing costs through greener operations. For example, Traflet says the ability to integrate disparate building management systems from a variety of vendors has been the challenge in the past; if you implemented a solution that was cloud-based, it had to be from a single vendor. But new technology is emerging that gives retailers the ability to integrate systems from any vendor for HVAC, lighting, refrigeration, etc., so grocers can “protect legacy investments in these technologies longer as needed and giving them more leverage in choosing vendors for these solutions in new construction and store remodels and updates,” he says.

When combined with traditional energy savings from LED lights, HVAC and refrigeration controls can not only reduce food lost, but also deliver ROI in less than a year for most traditional grocers, Traflet says. 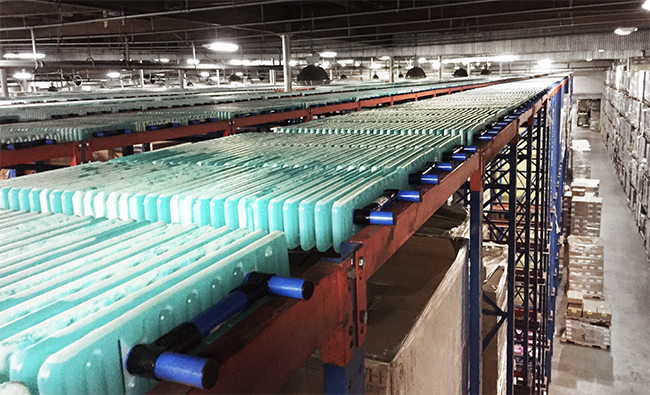 Refrigeration is one of the top concerns for grocers’ energy bills because it represents about 60% of energy costs, according to Mark Dunson, group president of electronics and solutions for Emerson Electric. While upgrading old refrigerator systems can have “hefty” installation costs, Dunson says, new equipment can reduce energy by 30%-50%.

The rise of click-and-collect has made these upgrades even more necessary, he says, because “repeated door openings from workers going in and out of the cold storage room or refrigerated locker—which only gets worse during peak delivery periods—makes it extremely difficult to maintain precise setpoints and introduces humidity concerns.”

This strain can be reduced, Dunson says, by installing high-efficiency compressors, distributed controls and alternate refrigerants combined in display cases to offer a lower cost of operation while other refrigeration units are being optimized for click-and-collect use.

“By combining high-efficiency scroll compressors and condensing systems along with supervisory controls to precisely manage functionalities, we’ve been able to reduce energy requirements in these systems,” Dunson says.

“Continued focus on broader store-wide solutions are key,” says Collin Coker, VP of sales and marketing for Houston-based Viking Cold Solutions. Thermal energy storage is one of the newest “green” energy solutions for grocers looking at store-wide solutions, Coker says, which the company has been implementing in stores such as Whole Foods Markets and Grocery Outlet.

Night curtains are another important way for retailers to reduce energy and save money on winter heating bills because “the heat is not going directly in the case, so you can lower your thermostat,” Kral of World Energy Efficiency Services says.

While night curtains may seem like a simple piece of equipment, Weeb Bunch, president and founder of Supermarket Energy Technologies, makers of Night Shield night covers, says not all night curtains are created equal.

“Night curtains get abused more than any of the other products because of the human element—they are pulled down at night and released in the morning,” he says. “I managed to say ‘released,’ but what they really are is yanked on or kicked at, whatever it takes to get them back up in the morning by the store personnel, and it’s just the standard practice, so quality and durability is a very big issue.”

To help solve this problem, Bunch stopped outsourcing his curtains from Asia and now manufactures them at a plant in Phoenix, Ariz., which he says he is one of the first to do and that most other companies use the same subpar fabric. Also, Night Shield’s products are antimicrobial and come in black in addition to the standard silver, which can be more aesthetically pleasing and blend into the case when not in use, Bunch says.

In partnership with Current, powered by GE, Walmart has installed more than 1.5 million LED fixtures in 6,000 stores, parking lots, distribution centers and corporate offices in 10 countries over the past decade. The efforts, Walmart officials say, has reduced the cost of its “largest operating expense” by more than $100 million.

The retailer’s major investment in energy efficiency has reduced energy use per square foot by more than 12% since 2010 and is part of its science-based emissions reduction plan aimed at meeting its goal to reduce emissions 18% by 2025.