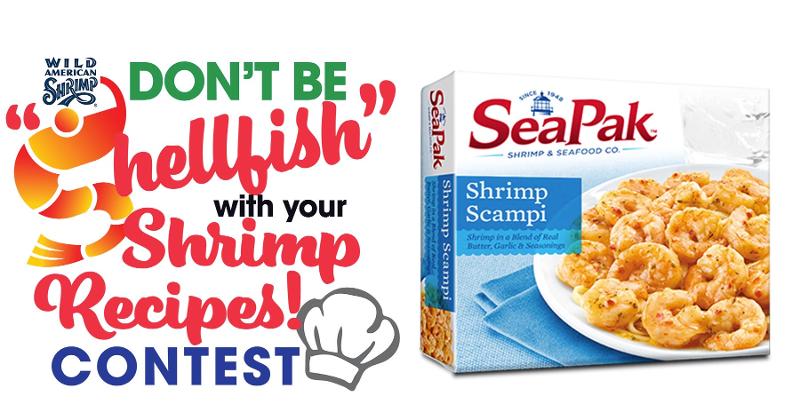 Wild American Shrimp's Don’t Be Shellfish With Your Shrimp Recipes contest is open to both consumers and chefs and runs until March 6. The program encourages anyone with a special, secret or family shrimp recipe that they have been holding onto for community gatherings, potlucks or game nights to share it for a chance to be one of five winners.

All five winners will be featured in an exclusive article on the Wild American Shrimp website and highlighted in posts across its social media channels. Anyone not selected as a winner still has a chance to have their recipe featured on the "Recipes" page of Wild American Shrimp’s website. The recipes will be judged based on the following criteria: quality (33%), originality (33%) and alignment with brand values (34%). The five entries with the highest overall score will be declared the winners. Factors such as the quality of photos and video attached to the recipe will also be taken into consideration.

Wild American Shrimp and the American Shrimp Processors Association (ASPA) look forward to the opportunity to connect with consumers and chefs through the sharing of recipes, particularly ones with stories behind them or which have family, historical and sentimental value.

SeaPak Shrimp & Seafood Co.’s Chopped At Home Challenge offers consumers a chance to compete like their favorite chefs. The contest was inspired by Food Network competition series "Chopped," and for SeaPak’s version, contestants will be challenged to create a delicious, “quick and easy” original dish. To qualify for the grand and runners-up prizes, contestants must use four required “basket” ingredients in their recipe, one of which will be SeaPak Shrimp Scampi, and submit a dish that takes less than 45 minutes to prepare from start to finish.

“The SeaPak Chopped At Home Challenge is as easy as shop, cook and compete,” said Kristen Beadon, director of marketing for SeaPak. “It’s a unique opportunity for SeaPak lovers and fans of the beloved 'Chopped' series to unite and create new, unexpected flavors with shrimp.”

To enter, contestants must submit a photo of their creation, along with corresponding recipes, between Feb. 18, 2020, and April 13, 2020. The grand-prize winner will receive a cash prize of $5,000 and one year of free SeaPak.

For more information about the SeaPak Chopped At Home Challenge and to view the official contest rules, consumers can visit the contest page.