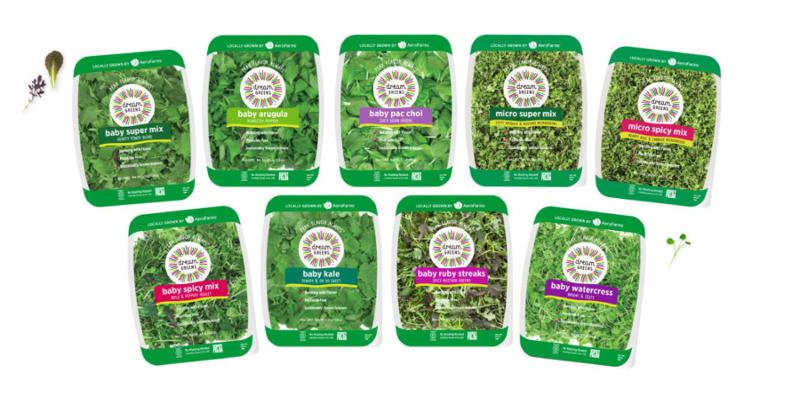 David Rosenberg, co-founder and CEO of AeroFarms, will continue to lead the company as it lists on the Nasdaq exchange under the symbol ARFM following completion of the deal, which was announced March 26 and expected to close in the second quarter.

AeroFarms markets packaged salads and microgreens under the DreamGreens brand in retail stores and online channels and has big ambitions for growth in additional produce categories like berries. Rosenberg said in presentation that AeroFarms sees a $1.9 trillion total addressable market. A certified B Corporation, AeroFarms touts a sustainable approach to business and proprietary technologies and growing techniques that it says outperforms peers in the indoor farming business and are far superior to conventionally grown rivals.

AeroFarms operates out of a 70,000-square-foot facility in Newark. It has plans to begin building a second U.S. facility in Danville, Va., next month with plans for it to go live in 2022. It is also building a facility in Abu Dhabi in the United Arab Emirates. Future plans call for U.S. facilities in the Southern U.S., St. Louis and Dallas areas, according to a presentation.

“Our business is at an inflection point where we will scale up our proven operational framework and begin our expansion plans in earnest. With the support of Spring Valley, we not only have the capital in place to execute our plan, but also a sponsor who shares the same ESG philosophies to make a positive impact on the world, while serving the interests of our shareholders,” Rosenberg said in a statement.

The deal is another in a wave of so-called SPAC deals sweeping the business world. SPACs, or “blank check” companies created to acquire private companies for public listing, can provide a faster route to public markets than traditional IPOs. Spring Valley targets companies focusing on sustainability. Its sponsor is supported by Pearl Energy Investment Management LLC, a Dallas investment firm that focuses on energy industry investments.

“Our goal was to partner with an industry-leading, best-in-class, sustainability-focused company, and we are ecstatic to combine forces with AeroFarms, the market leader in vertical farming, to accomplish this vision. AeroFarms has a technological edge on the industry, developing a world-class innovation team that has fueled a robust and growing intellectual property portfolio of patents and trade secrets,” said Chris Sorrells, CEO of Spring Valley. “Moreover, their team has been selling commercial product with major retailers, building a trusted brand that is performing well, and developing influential partnerships that will enhance their ability to scale this business quickly.”

The transaction is expected to provide up to $357 million in gross proceeds to AeroFarms—comprised of Spring Valley’s $232 million of cash held in trust, assuming no redemptions, and a $125 million fully committed PIPE (private investment in public equity), or an agreement to sell shares to select investors.

The PIPE offering was anchored by leading institutional investors, AeroFarms insiders and Pearl Energy Investments, the sponsor of Spring Valley. The transaction will provide about $317 million of unrestricted cash at close to fund future farm development and general corporate purposes.