Beef: Is it what’s for dinner? The answer is yes, with caveats. The category is not immune to the food trends at large. The desire for more protein is good news. The move toward more plant-based options? Not so much. But no matter the consumer dietary trend, beef is holding its own.

“Whether we look at the one-year or the three-year view, dollar sales and volume are strong,” says Anne-Marie Roerink, principal with 210 Analytics, San Antonio. “Beef represents more than 50% of total meat department sales for most retailers, given its high price per pound. It still has the highest share of volume, too, at about one-third.”

Beef sales were up 1%, surpassed only by breakfast meats in the meat category, for the 52 weeks ending June 16, according to IRI data. At 5.1%, ribs saw the biggest jump in sales, followed by offal at 4.8%. This rise in offal products can be attributed to health enthusiasts choosing nutrient-rich cuts such as liver, kidney, heart, tongue and bone marrow for the health benefits, says Rodney Mason, founder and chairman of Nurture Ranch, Frisco, Texas. Another sales driver for these products is people are purchasing them, especially the liver, heart and bones, for their pets, again for the perceived health benefits.

“A big area of change in how America’s food culture is changing is how we think and interact with our food,” Roerink says. “There is so much more emphasis on better understanding where the food comes from, who produced it and how.” Conventional beef still makes up a majority of sales, but the category’s growth is coming from beef producers talking about production attributes, such as antibiotic use, and outlining all the steps of how the beef ended up on the customer’s table, she adds.

“Today, consumers are more concerned about animal production practices and ensuring animals are cared for,” says Ozlem Worpel, senior brand manager for Tyson Fresh Meats, Springdale, Ark. “As a result, consumers are looking for claims such as no antibiotics or added hormones.” 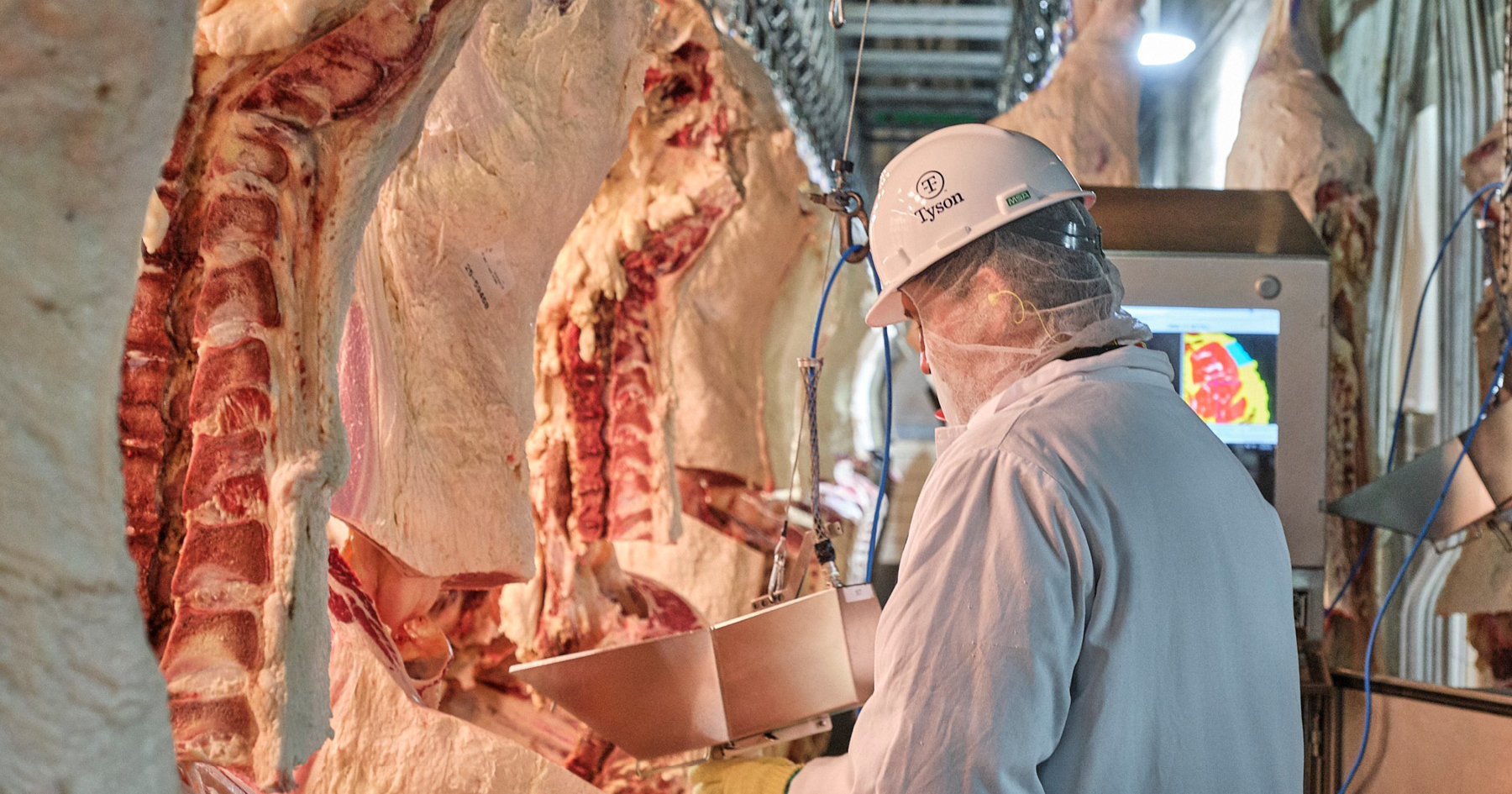 Some producers also are incorporating tracking capabilities on beef’s packaging so consumers can trace that particular cut of beef back to the farm where the cow was raised.

This is a big deal for beef, Mason says, especially ground beef, which, when processed traditionally, can have several different sources in a single pack. Producers such as Nurture Meat and Tyson’s Open Prairie Natural Meats brand provide customers with full transparency and traceability of the beef on the package—from farm to table. Customers can find out what farmer raised the cow that became the cut of beef they purchased.

“In my mind, transparency is the currency of trust. And the more we can be open to the consumer and educating them, the better,” Roerink says.

That transparency needs to extend beyond simply tracing a product back to the farm; it should also include being more open about the whole process and educating consumers, says Kari Underly, principal and owner of Range Inc. and Range Meat Academy in Chicago. Beef production often has a bad rap in consumer perception, because of accounts of the cost to the environment and the perceived treatment of the animals. Retailers and producers can work together to make the process more open, whether it’s sharing videos of the farms where the cows are raised and the farmers who raise them, or even opening the doors to the process itself and the care that is taken with the animals from the time they leave the farm to when they end up in the meat counter.

“I think we need to show the process more,” Underly says. “I understand why they don’t due to biosecurity, but when we say we don’t want you to come in or you can’t see what’s going on, that automatically makes somebody say, ‘Well, why not?’ That’s a negative thing and it doesn’t have to be a negative thing.” 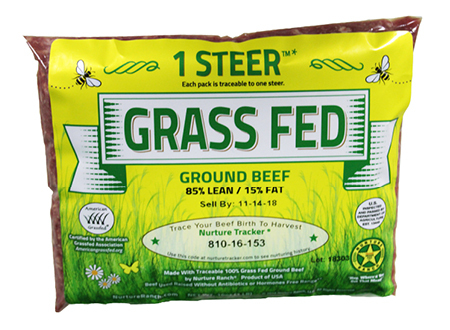 Retailers can offer buterching classes to show customers how a primal or subprimal cut is broken down, and producers can open their doors to show the process behind getting the animal to the primal or subprimal cut that shows up in the meat department. Knowing it had to tell this side of the story, Tyson invited Winsight Grocery Business behind the scenes at one of its processing facilities.

Consumers also have become comfortable buying beef through nontraditional channels, whether it’s direct from the farmer or online. Underly notes the growth of ButcherBox as an example, which in addition to hitting on the online ordering trend also hits consumers’ demand for grass-fed beef. Premium beef cuts tend to be an exception to the online ordering trend because consumers still want to see what they are spending more money on, Roerink says.

“Beef has always been a key differentiator for the meat department,” she adds. “Knowledgeable, available and friendly associates who can talk about the beef program can be a real winner for retailers.”

Underly says that even if a consumer chooses to purchase a prime cut of beef online, it still is an opportunity for the retailer, especially if the butcher can work with the designated shopper for that order to ensure the end consumer gets the best cut available, which can lead to additional sales down the road. However, shoppers “still want to purchase at the meat counter, and they want to talk to the butcher,” Underly says.

She also says that butchers are needed in the meat department to help clarify portioning. They can explain how a single cut of meat is not necessarily a single serving, no matter what is served in a restaurant. So although a large cut may have a high price point, it can be spread over several plates or meals. “When you’re bringing in those products, they’re expensive, so if you could get into the smaller portioning, I think it helps the customer to be willing to try it,” Underly says.

Butchers behind the meat counter also can help alleviate any fears customers may have when it comes to preparing an expensive cut of meat. “I always say that we put more cooking instructions on a can of soup than we do a package of T-bone steaks,” Underly says. “You’re asking consumers to buy meat, then they can mess it up quickly. I think the biggest barrier is people are afraid to purchase something expensive and not do well on the grill with it.”

Roerink agrees, stressing that consumer education about cooking is vital. For example, butchers need to explain that grass-fed beef has a shorter cook time due to the leanness of the meat.

You can’t talk about the modern meat counter without addressing plant-based options and the looming possibility of cell-based or lab-grown products. Several retailers, such as Gelson’s Markets, Bristol Farms and DeCicco & Sons, are merchandising the products in the meat case.

The Kroger Co., Cincinnati, recently partnered with the Plant Based Foods Association on a 20-week test in 60 of its stores to track sales of plant-based meats that it is merchandising in its meat case. The study, tracked by Kroger’s data analytics subsidiary, 84.51 degrees, will determine the impact, if any, to sales and customer engagement of both plant-based and conventional meats.

Redefine Meat just announced it raised $6 million in funding to finish developing its alternative-meat 3D printer, which is expected to be released in 2020. The printer creates animal-free “meat” made of natural and sustainable plant-based ingredients, according to the Tel Aviv, Israel-based company.

Roerink attributes much of the hype to media, not consumers, because plant-based alternatives only account for less than $1 billion in sales, while the total meat category generates nearly $90 billion in sales.

Mason agrees that the sales impact of plant-based products is negligible, but they are having a huge impact when it comes to marketing. He cites the recent frenzy over KFC plant-based “chicken,” which—while not a beef product—is worth paying attention to. “Any time you’re gaining significant distribution and national attention, you’re going to take some real estate away from other products and one of their targets is beef. It’s raising awareness,” he says. 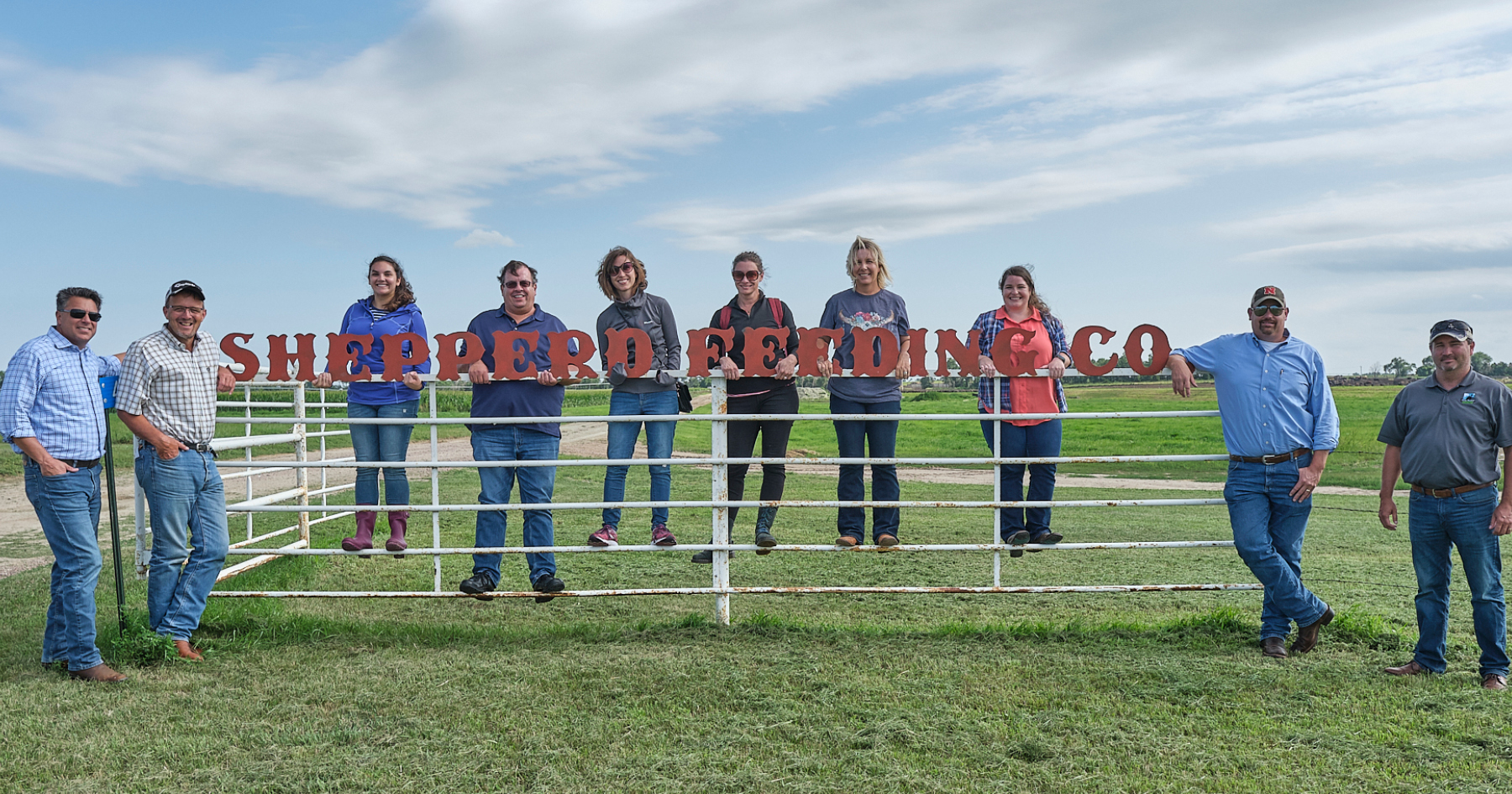 The pressure won’t come from the sales of the products, but from the marketing positioning these companies are taking, Roerink says, evident by the KFC example. “Their marketing message often directly targets beef production in terms of its supposed lesser environmental impact (water, greenhouse gas emissions, etc.),” she says.

Everyone must get better about telling beef’s story. “In traditional marketing, we’ve learned about the four P’s for years: product, price, place and promotion,” says Roerink. “I firmly believe we need to add four more: preparation, planet, production and people. By talking about new recipes and new preparation methods, we can bring variety that people so badly crave. By talking about beef’s actual impact on the environment, the category will start to have a more powerful voice against all the activist coverage on all the beef industry supposedly does wrong.

“Storytelling about the production will help address the rising desire for transparency and traceability, and lastly, what better than bringing in the farmers’ story for the P in people.”