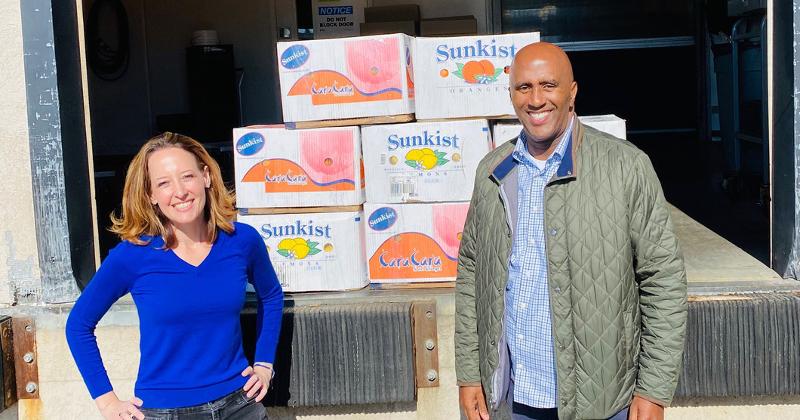 Sunkist Growers announced it will donate three truckloads of fresh California-grown citrus fruit to California schools and food banks. It is the first part of a wave of donations to nearby community members.

“During these uncertain times, every act of kindness goes a long way," said California Assembly member Jim Cooper (D-Elk Grove, Calif.). "Sunkist Growers has stepped up, and I commend and applaud their generosity to help those in need, especially those in Sacramento County who are having difficulties accessing healthy food options. This donation truly makes a difference.”

Sunkist Growers CEO and President Jim Phillips said the effort is just part of how they do business.

“As the longest-standing cooperative, we have a commitment to care for our communities,” Phillips said. He also stated that Sunkist, being “proudly owned by 2,500 California and Arizona farmers," wants to make sure people have access to fresh California citrus through their local schools and food banks now more than ever. "As a California native, I am proud to be part of this community and thankful to be able to do our part."

Citrus is an essential immune-boosting fruit, and according to the National Institute of Health, “Fruits and vegetables are the best sources of vitamin C. Vitamin C plays an important role in immune function.” Sunkist also added that just one of their Sunkist Cara Cara oranges provides 100% of the recommended daily dose of vitamin C.

Ginger beer maker Reed's is doing its part too. The Norwalk, Conn.-based beverage brand has converted its consumer sampling truck into a delivery truck.

Over the next few weeks, the vehicle now known as “The Green Machine” will be visiting local hospitals, fire stations and medical centers in the Los Angeles, Orange County and San Diego areas to make drop-offs to first responders as a thanks for their efforts to help their communities.

Reed’s, which was founded and originally based in Los Angeles until 2018, said all of its products are made with 100% real ginger, a natural superfood that is packed with antioxidants, and hopes to supply an added boost of immunity to those on the nation's front lines.