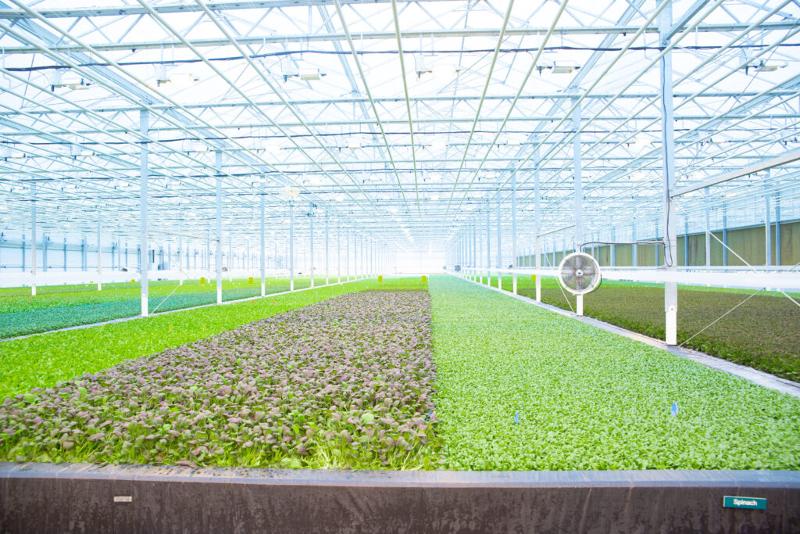 Cox has been a BrightFarms investor since 2018, the company noted in a news release, and has held a majority stake in the indoor farming player since 2020. Cox said its acquisition of BrightFarms will help the company meet its goal of building a multibillion-dollar clean-tech business by 2030.

In October, BrightFarms announced that a Series E investment round led by Cox had secured more than $100 million in funding to support the business' nationwide growth, bringing its total funding to more than $200 million.

BrightFarms was founded in 2011 and opened its first greenhouse in Yardley, Pa., in 2013. The company now operates five indoor hydroponic farms in Pennsylvania, Virginia, North Carolina, Ohio and Illinois and recently acquired indoor grower lēf Farms of Loudon, N.H. Its retail distribution extends from Vermont to Georgia to Iowa in Walmart, Kroger and Ahold Delhaize-operated stores, among others. The company has said its farms use 80% less water, 90% less land and 90% less shipping fuel than growers that ship their greens from far-off farms—often in California or Arizona.

Over the next several years, BrightFarms aims to build a national network of high-tech farms that will "accelerate the salad industry's transition to indoor farming," Cox's news release stated. The lēf facility on its own will be expanded into a 14-acre growing hub that will serve New England grocery retailers, the company added.

BrightFarms has built the most advanced network of local indoor farms in the nation," BrightFarms CEO Steve Platt said. "Being part of the Cox team will allow us to scale more rapidly, transforming the salad industry for American consumers."

Financial terms of the deal were not disclosed by family-owned, privately held Cox Enterprises.