The salads are grown at BrightFarms’ 120,000-square-foot greenhouse that opened in Wilmington, Ohio, earlier this year.

In an interview with WGB, Paul Lightfoot, BrightFarms’ founder and CEO, said the products are meeting consumer demand for local produce and helping to grow category sales by encouraging shoppers to “trade up” from alternatives typically grown in centralized facilities hundreds of miles of away. 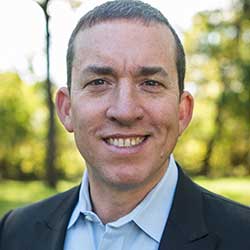 “The tender leaf subcategory of salads is actually sagging year over year, but local is skyrocketing,” Lightfoot said, citing Spins data. “But local is still only a tiny slice of the pie. For retailers, that’s a great set of factors. When you have a tiny slice of the pie growing like mad, sticking your finger into the stream is a great situation.”

The Irvington, N.Y.-based company is working to more than double its output over the next 18 months, with “three to four” new greenhouses planned that are about twice the size of its current units, Lightfoot said.

Lightfoot emphasized that the local supply in produce chain could alleviate consumer concern over foodborne illnesses that struck some leafy green suppliers and retailer this year. “But consumers don’t wake up in the morning and want safety,” he said. “They want healthy, delicious food.”