Talk about household penetration: More than 95% of U.S households purchase some kind of cheese, according to the market researchers at Chicago-based IRI. And they are purchasing with gusto. IRI further finds that total deli/dairy cheese sales reached more than $18 billion for the 52 weeks ending Jan. 27, 2019. Total cheese sales for U.S. multioutlet were up again this year for the third year in a row.

“Cheese is a staple of the American diet,” said Kristin Crouse, IRI principal, client insights. “Consumers buy cheese for a variety of occasions and needs.” While the “dairy case will always be a destination for cheese,” Crouse said, category growth is driven by the deli in general, and specialty cheese sold through the deli specifically.

Total dairy case cheese sales dipped again this year after being down the previous two years. However, despite the slight decline, the dairy case continues to represent the lion’s share (69%) of total dairy/deli cheese sales. (Total deli/dairy is composed of both fixed-weight or UPC and random-weight refrigerated cheese.) The deli case contributes about 31% dollar share to total dairy/deli cheese. Natural cheeses not only represent the majority of sales within the dairy case (82% dollar share) but also continue to see modest sales increases, as opposed to sales of processed cheese, which have declined in recent years.

“Cheese very much follows the edible store trend of moving away from processed products,” Crouse said. “But, when making burgers or grilled cheese, nothing melts like processed cheese, so it will always be in the case.”

According to IRI, American cheese is driving the processed cheese category, representing 80% of sales. What’s more, processed slices account for nearly 69% of dollar share of total processed cheese sold through the dairy case. “We see the footprint for processed cheese shrinking, without disappearing entirely,” Crouse said.

Sales of natural shreds and slices, which combined contribute approximately 65% dollar share of the total natural cheese category sold through the dairy case, were up for the past 52 weeks, while sales of natural chunks and snacks were down for that same period. 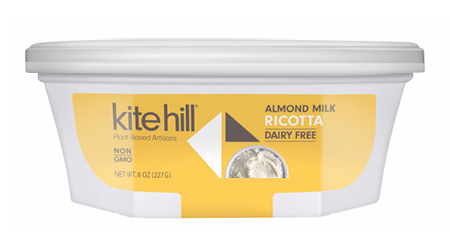 With Americans snacking more than ever, it seems counterintuitive that sales of cheese snacks would be down, Crouse said. “But it makes sense when you consider how snacking has evolved,” she said. While a cheese snack used to mean single-serve string cheese, today the entire snack category has expanded, with options throughout the store. Many cheese snacks are now sold as part of a grab-and-go snack kit, with cheese as one component. “Cheese snack kits that include meat, nuts or fruit and offer a healthful option is where we’re seeing movement,” Crouse said.

The Growth in Deli

Whether it’s the perceived freshness of the deli service case, the multitude of flavors in specialty cheese or the convenience of grab-and-go items, the deli is increasingly a draw for consumers.

“The deli case brings excitement to the store,” Crouse said. Even processed cheese benefits from the “fresh halo” in the deli. “Consumers aren’t thinking of the freshly sliced cheese behind the counter as processed cheese. That makes a big difference.”

Specialty cheese is driving growth in the deli and represents nearly 64% dollar share of total cheese sold through the department. The service deli accounts for almost 30% of deli cheese sales, while presliced is just 6% of sales.

When it comes to trends in specialty, IRI sees more premium, uncommon and adventuresome cheese blends; greater variety; playful cheese kit offerings; Hispanic cheeses; and flavorful cheeses used as toppings rather than ingredients as areas of increasing consumer curiosity. While blended cheeses represent a small percentage of the overall specialty deli cheese category, consumer interest in more unique cheese blends is driving growth. Sales of blended cheeses are up 8.6% for the past 52 weeks and have posted dollar share gains for the last several years.

“Specialty cheese remains a really interesting space, and the flavor explosion—especially within deli specialty—points to really strong sales. However, both the proliferation and variety of specialty cheese can be overwhelming,” said Crouse, who points out that retailers need to organize the case to optimize the customer experience. “Retailers should keep the customer experience top of mind and experiment with different plan-o-grams to make shopping the specialty cheese case more seamless,” she said. “Consider comparing the impacts between different shelf organization methods— for example, a shelf organized by cheese type versus a shelf organized through brand blocking alone.”

In deli service, comfort foods such as American cheese remain a strong cornerstone of the case. It represents nearly 41% dollar share of deli service cheese.

IRI is also seeing more varieties of American cheese coming into play, from pepper to smoked. “These flavored cheeses allow for a premium take on burgers and grilled cheese but still offer the familiarity of American cheese,” Crouse said. “The consumer perception of American cheese is really different based on where they buy it. In the dairy case, consumers think it’s processed, but in the deli, it gets a fresh halo.”