Chef’d, the meal-kit brand that made a move into hundreds of retail stores this year and counted among its backers Campbell Soup Co., Smithfield Foods and FreshDirect, abruptly shut down this week, citing funding and expense issues.

Chef’d issued layoff notices to employees earlier this week and is reportedly informing suppliers that it is suspending business, according to The Wall Street Journal.

Sources told WGB, however, that the company has not filed for bankruptcy protection and could attract a buyer, meaning its retail meal kits could continue under the Chef’d name or successor retail brand.

According to Sean Butler, a former Chef’d SVP who now is managing director of the Los Angeles-based food consultant Emerging Brands Studio, the Chef’d retail division was profitable, but high costs associated with its on-demand product were at the heart of its financial issues. Butler said in an interview that he anticipated current supply lines could continue with minimal disruption.

A spokesperson for the company was not immediately available. 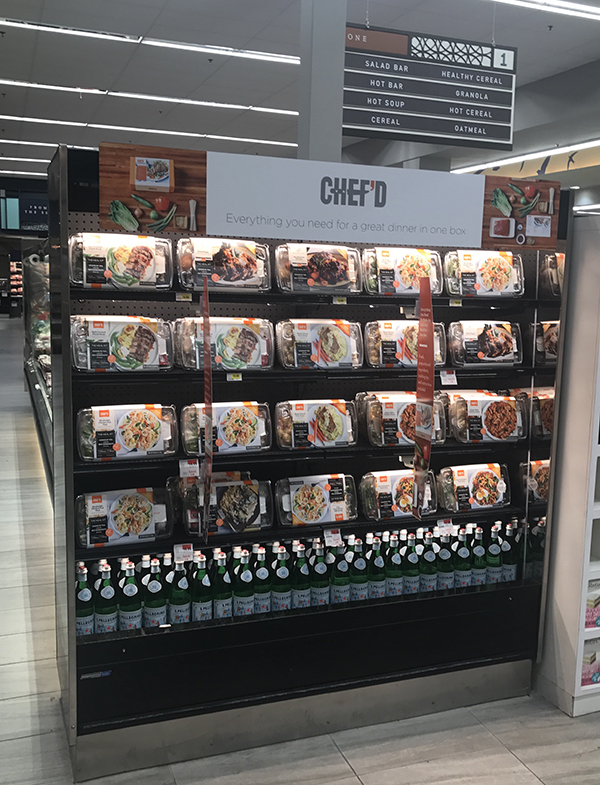 Chef’d, which is based in Los Angeles, made its branded packaged meal kits available at more than a dozen retailers in 27 states, including Costco, Harris Teeter, Tops, Hy-Vee, Weis Markets and Gelson’s Markets. That deal was done in partnership with Smithfield, the pork processor that less than a year ago announced a $25 million investment in the company, becoming its largest strategic investor.

Also last year, Campbell Soup announced a $10 million investment in Chef’d as part of its Series B funding. The New York-based e-tailer FreshDirect also participated in that round of funding.

Investors such as Smithfield and Campbell said they saw Chef’d providing an opportunity to learn more about direct-to-consumer retailing. In the meantime, Chef’d offered retailers like Costco and Tops a chance to fight back against an erosion of trips and shopping baskets resulting in part from online purveyors of meal kits, which provided time-pressed shoppers with easier options for meals at home.

Chef’d also had a variety of deals with CPG companies such as Coca-Cola, which offered “meal inspirations” on the Chef’d website.

In a memo to employees republished by The Wall Street Journal, Chef’d CEO Kyle Ransford told employees that “setbacks with financing” led to the decision to shut down. “If we had been successful with these funding efforts, this difficult decision would have been avoided.”

According to Coca-Cola, the market for meal kits is projected to grow to $36 billion by 2025, driven by consumers’ quest for easy, time-saving and little-to-no-prep food solutions. “Meal kits aren’t a passing fad,” said Carrie Williams, a Coca-Cola brand manager.

However, companies in the space, including Chef’d and Blue Apron, have faced heavy losses as they struggle to attract and retain subscribers and fulfill perishable orders. Significant players in the space in the meantime have been sold to food retailers, including Plated, which Albertsons bought last year, and Home Chef, acquired recently by Kroger.