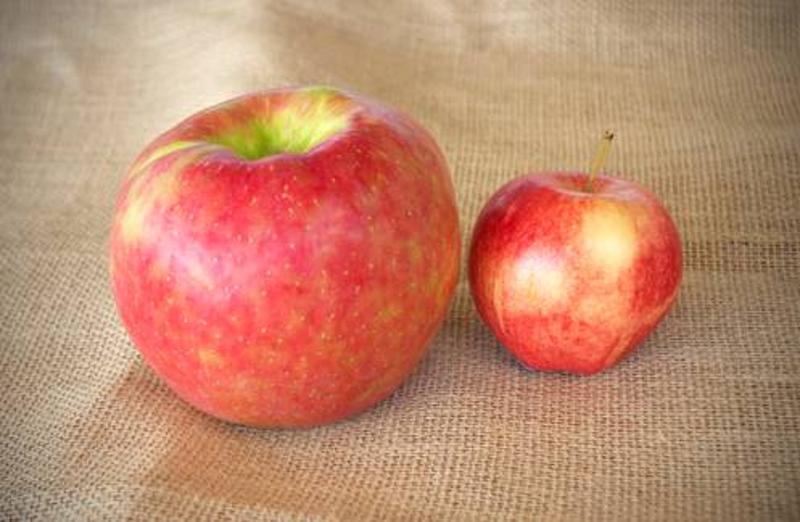 Consumers are especially prone to snatch up big fruit off supermarket shelves during the holidays. However, what some retailers may not know is the sales opportunity on jumbo apples is actually larger than they may think and extends beyond the holidays nearly to Valentine’s Day, according to CMI Orchards officials.

Steve Lutz, vice president marketing for CMI Orchards, says the company's analysis of national supermarket scan data shows that big apples drive big dollars for supermarkets that seize this opportunity. “The data shows that supermarkets featuring jumbo apples over-perform in both dollars and volume for the segment and the entire category,” says Lutz.

Lutz says the data shows that jumbo fruit offers a unique incremental sales boost. “Supermarkets selling jumbo apples drive success two ways,” he says. “Jumbo fruit just looks impressive on display. It captures the attention of shoppers bringing new consumers into the category and it drives dollars because only two or three pieces of large fruit will generate a significant transaction at check out.”

Evidence suggests that shoppers purchase with a specific number of pieces of fruit in mind, usually based on the number of members in a family. “It stands to reason that the bigger the fruit, the higher that ring will be at the register,” adds Lutz.

Given this large sales opportunity, Lutz says it’s surprising that most supermarkets don’t fully leverage the opportunity. “The conventional wisdom is big fruit only fits a narrow window during the holidays,” he says. “It’s true that December is a great month for selling jumbo apples, but what many retailers miss is that January is even stronger than December and is actually the strongest month of the entire year for jumbo apple sales. A lot of retailers are leaving dollars on the table by failing to sell jumbo apples, or if they do, failing to continue to push the items into late January.”

According to Lutz, Nielsen data revealed that less than 20 percent of retail supermarkets carried jumbo apples last year during December and January. “Featuring jumbo fruit is a great way to differentiate an apple display—yet many supermarkets never put the items on the shelf.”

Steve Castleman, senior vice president of sales for CMI Orchards, says the good news for retailers is fruit size in Washington State is significantly larger than normal this year. “There are a lot of years when Washington State simply doesn’t have an abundance of large-sized fruit to support retail partners. Regardless of variety, this is the year for retailers to grab this special opportunity.”

Castleman says that CMI Orchards is in a very strong position with large-sized fruit available for most varieties including Honeycrisp, Gala, Fuji, Red Delicious and Granny Smith apples. “We are working with retailers on almost every variety to run promotions that will feature apples sized from 36’s to 64’s. We’re going to see some great jumbo apple promotions.”