Washington state's CMI Orchards was among 50 participants in this week’s third annual Made in America Product Showcase at the White House. Businesses from across the nation were invited to display their products made and produced in the United States.

Wenatchee, Wash.-based CMI showcased its apples and cherries from its American Dream family during the event. Other American-grown and -made products showcased at the White House event this week included Zippo lighters made in Pennsylvania; Airstream trailers made in Ohio; Buck Knives made in Idaho; Nokona baseball gloves made in Texas; Hawaii Sea Spirits' Ocean Organic Vodka and Kula Rum; and KettlePizza from Massachusetts.

Bob Mast, president of CMI Orchards, said his company created the American Dream label “to show solidarity and support for our troops, veterans and patriots of our great nation. What a fantastic opportunity for our company, and for Washington State, to showcase fresh products that are so important to our state’s economy and to the thousands of farming families this industry represents—and especially to do so in a label that honors the thousands of troops who sacrificed their lives for our freedom.” 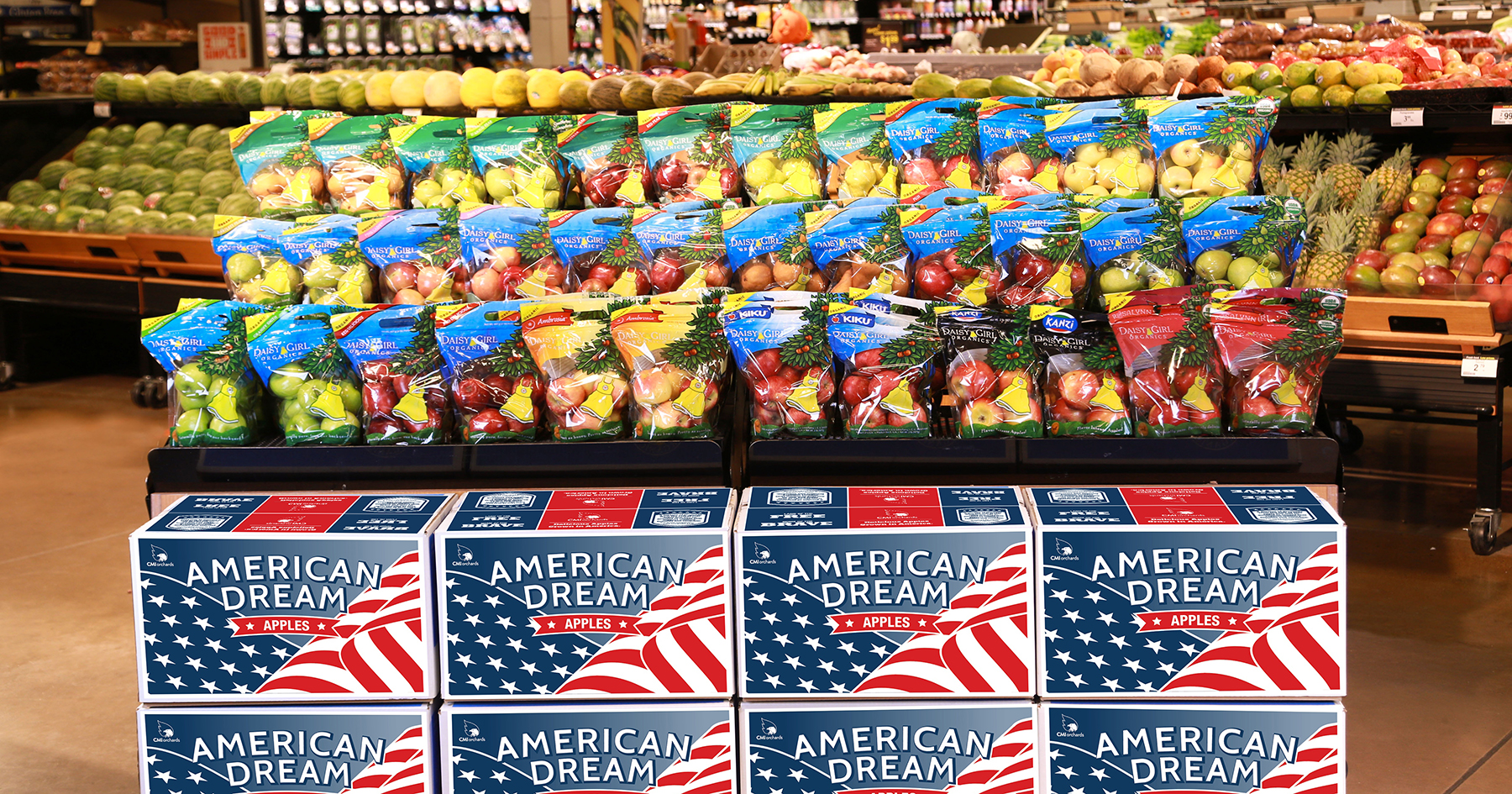 CMI’s American Dream fruit program—which is available for any variety of apples and cherries it grows—includes a component that gives back to military and veteran causes deemed most important to their retail accounts. Mast said CMI works “with our customers to give a portion of proceeds to causes that matter to their region and customer base,” he said.

On behalf of the entire CMI team, Mast said he is “extremely honored and humbled by this opportunity and what it represents. Our company is proudly American Made. Between our orchards, warehouses, sales teams and marketing operations, more than 4,000 people are employed at CMI Orchards,” Mast said. “In Washington State, more than 37,249 farms power a strong agricultural economy led by the apple industry, which accounts for 70% of the total U.S. apple production. 140,000 people are employed in agriculture within the state’s $49 billion industry.”

CMI Orchards grow both conventional and organic apples, pears, cherries and apricots. With eight warehouse locations, CMI delivers fruit to all 50 states and exports to more than 60 countries worldwide.