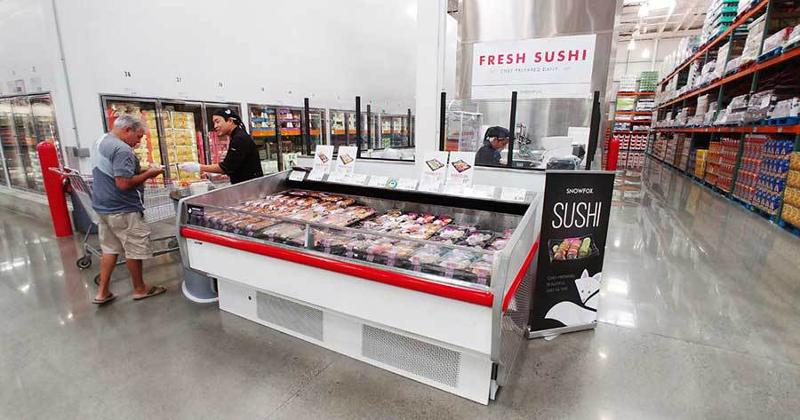 SnowFox Group, a full-service sushi supplier for supermarkets such as Costco, Albertsons and Kroger, has announced a partnership with FishChoice, a Fort Collins, Colo.-based nonprofit offering an extensive online database of seafood sustainability data.

FishWise is a nonprofit that partners with retailers such as Albertsons and Target on sustainable seafood programs. The FishChoice website recommended by FishWise consolidates information about seafood suppliers who have a demonstrated commitment to sustainability by participating in FishChoice’s Supplier Member program.

“There’s a lot of work and data behind it, but it boils down to matchmaking and transparency,” said Rich Boot, CEO of FishChoice, in a statement. “FishChoice helps suppliers who operate sustainably and transparently find new business and helps sustainability-minded buyers find suppliers they can trust.”

Houston-based SnowFox, which operates more than 700 sushi kiosks in grocery stores across the U.S., was acquired by Yo, a London-based company, for about $100 million in July, The Wall Street Journal reported.

Today, SnowFox operates in more than 4,000 locations globally, primarily in the U.S., Canada and the U.K., with operations in a variety of settings, including supermarkets, airports, universities and revolving sushi bar chains.

“We are proud to serve as the exclusive fresh sushi program provider to Costco Wholesale, and we’re proud that SnowFox earned that role in part due to the quality, sustainability and social audits that we conduct with our suppliers each year," said SnowFox co-founder and President Stacy Kwon, in a statement. “FishChoice makes sustainable sourcing more efficient and helps SnowFox maintain its corporate commitment to transparency, responsibility and respect for our environment."

FishChoice’s industry platform includes more than 600 suppliers from more than 20 countries, with seafood sourcing details covering more than 500 species of seafood, making it one of the largest sustainable seafood industry resources globally.