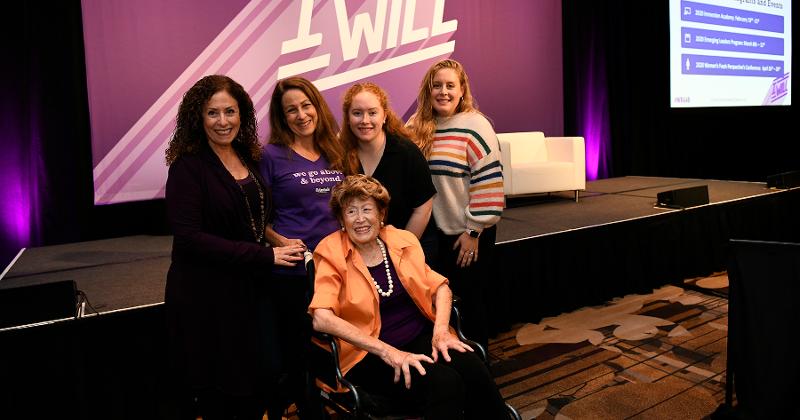 As one of the most recognized names in the food industry, Caplan founded Frieda’s Specialty Produce in 1962 and was one of the first women to own and operate a produce company on the Los Angeles Wholesale Produce Market. Well-known for inspiring new fresh produce trends that today have become mainstream—such as kiwifruit and dragon fruit to Stokes Purple sweet potatoes and habanero peppers—Caplan introduced more than 200 exotic fruits and vegetables to American consumers since its founding.

Caplan’s leadership, mentorship and willingness to support the development of others in the industry was the impetus for her Catalyst award.

“Frieda Caplan is a very special, one-of-a-kind, inspirational leader, as well as mentor to so very many of us who have followed her in the produce and floral industries—both male and female,” said Jan DeLyser, VP of marketing for the California Avocado Commission, who moderated the Women’s Fresh Perspectives Breakfast this year.

DeLyser said she has “always felt fortunate that Frieda was kind enough to ‘adopt’ me' " after she relocated to California in the late 1970s, and expressed her gratitude that Rapoport Caplan “has stayed with me as a valued mentor every day since. She is one of the most intelligent people I know and continues to have the innate ability to get to the crux of a matter with ease while providing invaluable perspective.”

Caplan was the subject of the 2015 documentary “Fear No Fruit,” which chronicles the colorful and layered history of Frieda’s matriarch, whose family company is owned and operated by Frieda’s daughters, Karen Caplan and Jackie Caplan Wiggins.